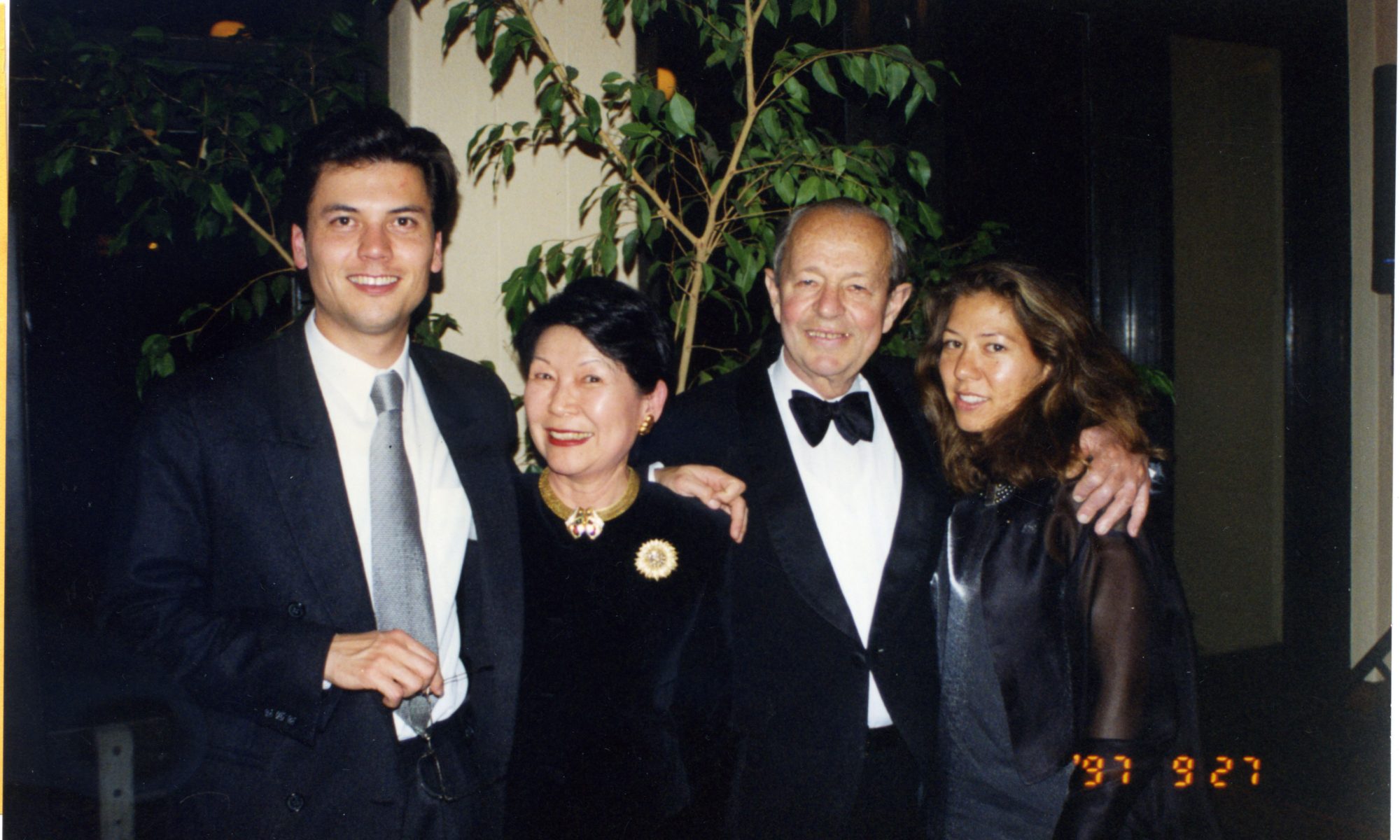 Through the great generosity of his family, a significant scholarship for a St Mark’s student whose studies have a strong international focus has been created in memory of Robin Ashwin, a former Master of the College, who passed away last year.

Robin Ashwin (1930-2019) served as Master of St Mark’s College from 1991 to 1999, after a distinguished career as an Australian diplomat with a strong commitment to the necessity and value of increased international understanding and cooperation.

Starting with an award for 2021, it is intended for the Scholarship (which may be shared) to be awarded each year in which there is a suitable recipient. It is valued at $10,000 a year (so covering nearly half the College’s annual fees).

The Robin Ashwin Scholarship is a very significant addition to the College’s capacity to enable excellent students to gain the benefits of living and learning at St Mark’s – benefits to which Robin Ashwin contributed enormously in his time as Master of St Mark’s College, and in his retirement (including as a generous donor to the College Library).

Born in Adelaide in 1930, Charles Robin Ashwin graduated from the University of Adelaide with a Bachelor of Arts degree in 1951, and went on to read Philosophy, Politics, and Economics at New College, Oxford, as the Rhodes Scholar for South Australia for 1952.

Robin joined the Australian Department of External Affairs (now the Department of Foreign Affairs and Trade) in 1955. His first of many international postings, from 1956 to 1958, was to represent Australia at the United Nations Commission for the Unification and Rehabilitation of Korea, which had been established during the Korean War.

While in Seoul, Robin met Okche Chon, whom he married in 1959, and with whom he had a son, Kim, and a daughter, Mulan.

Robin’s diplomatic career thus spanned the period from the aftermath of the Korean War to the end of the Cold War as the Soviet empire collapsed after the fall of the Berlin Wall.

After Robin’s death in 2019, an obituary recorded that “after retiring from the diplomatic service, Robin continued to put” the qualities that had made him so successful in international affairs “to good use notably as Master of St Mark’s College in Adelaide, where he helped students make the most of their university years during the 1990s”.

When Robin retired from St Mark’s at the end of 1999, the College Club President, Andrew Ettridge, wrote of Robin and Okche Ashwin’s “profound influence on the College community”, and that “for nine years they dedicated their heart and soul to the College”. The editors of The Lion, Clare Inglis and Jess Roediger, wrote that “1999 will go down in St Mark’s history as Master Robin Ashwin’s final year at college; his guiding wisdom will be greatly missed in the future”.

Robin and Okche are very warmly and gratefully remembered at St Mark’s, and it is very fitting that Robin’s memory should be honoured here with the Robin Ashwin Scholarship, which will help future students make the most of their university years at St Mark’s, and will promote the international focus that was so important to him.

The College is profoundly grateful to Okche Ashwin and her family for their support to our students in this way – and also for their recent donation of several hundred books to the College Library. These books reflect many of Robin’s areas of interest – including Australian politics, Russia and the Baltic, World War I, and much else, both non-fiction and fiction.

Robin had himself donated several hundred books to the College over many years, and continued to take a lively and kindly interest in the College and the Library long after he had retired as Master in 1999.

St Mark’s College is greatly indebted to Robin and to Okche Ashwin, and to their family, for this and for so much more. Robin’s influence lives on at St Mark’s, including now through the Robin Ashwin Scholarship. 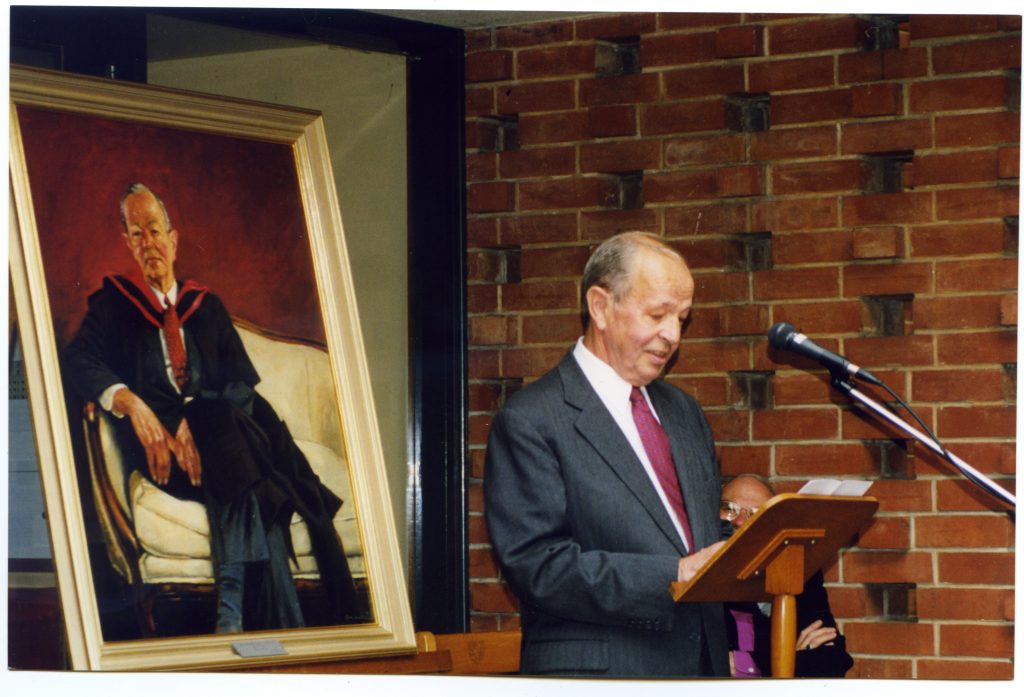 Robin speaking at his farewell and portrait unveiling, December 1999. 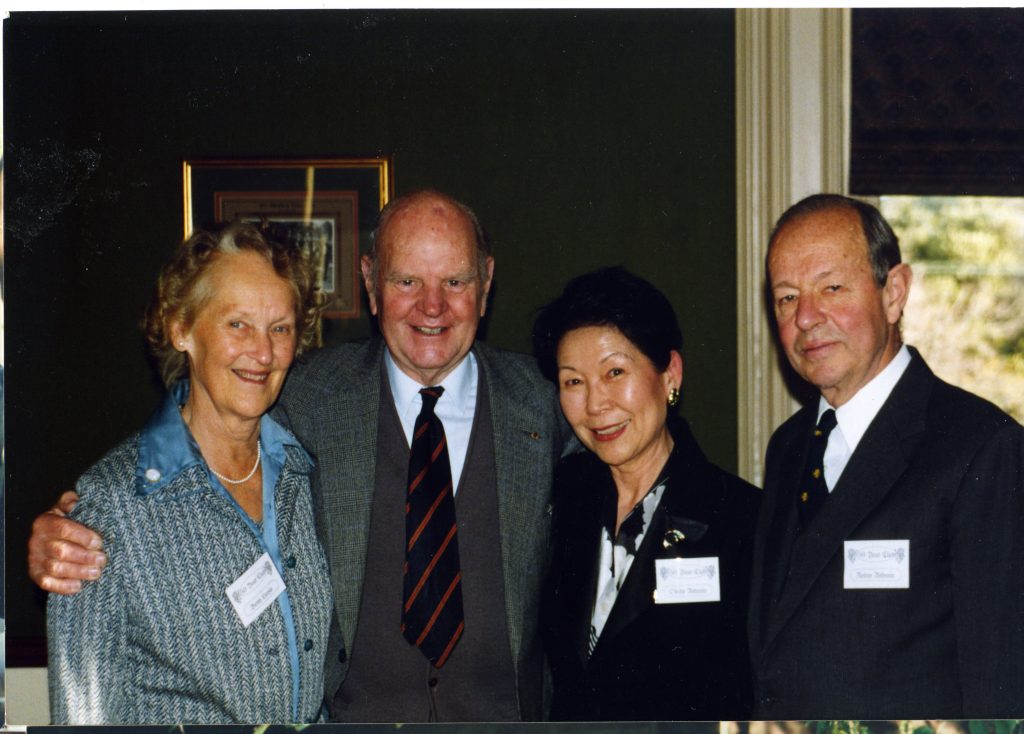 Robin and Okche with Betty and Bob Lewis at the Inaugural 50 Year Club Reunion, 1998. 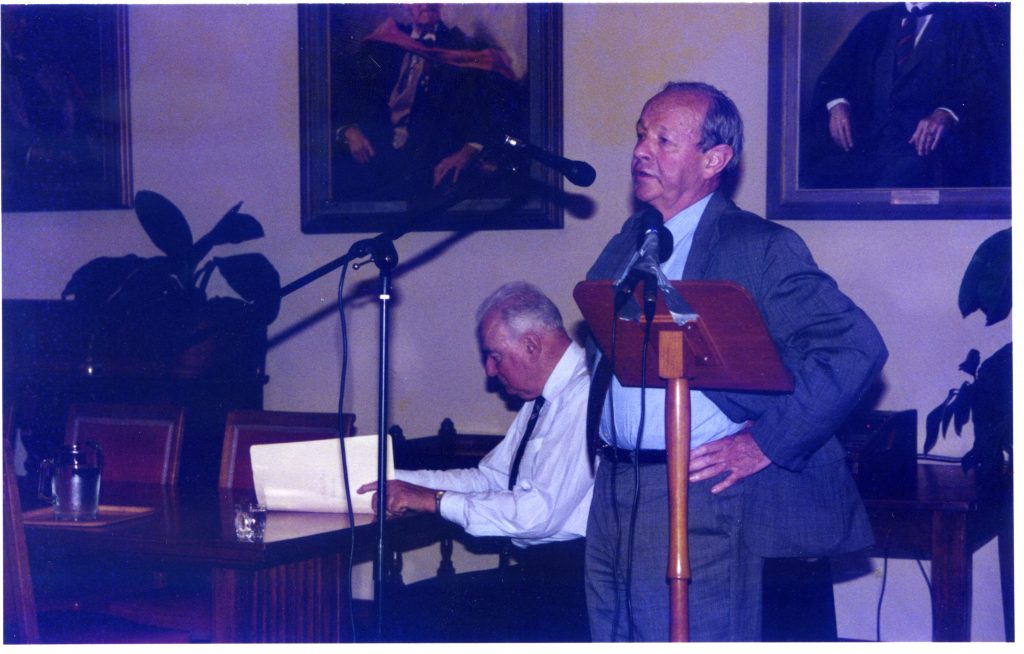 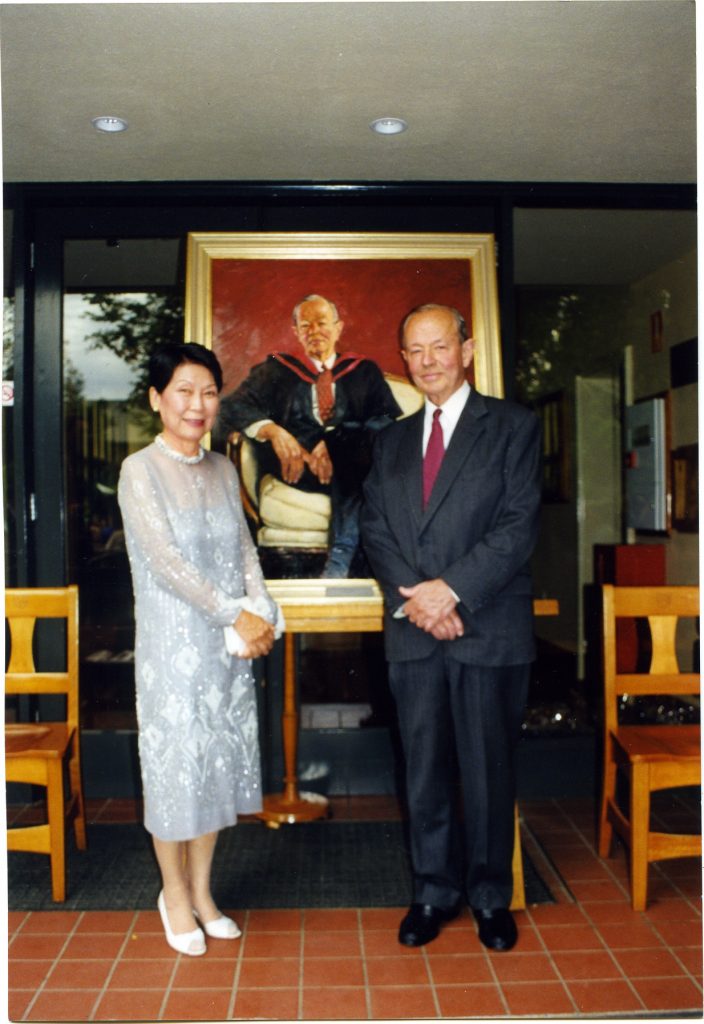 Robin and Okche at the unveiling of Robin’s portrait, 1999. 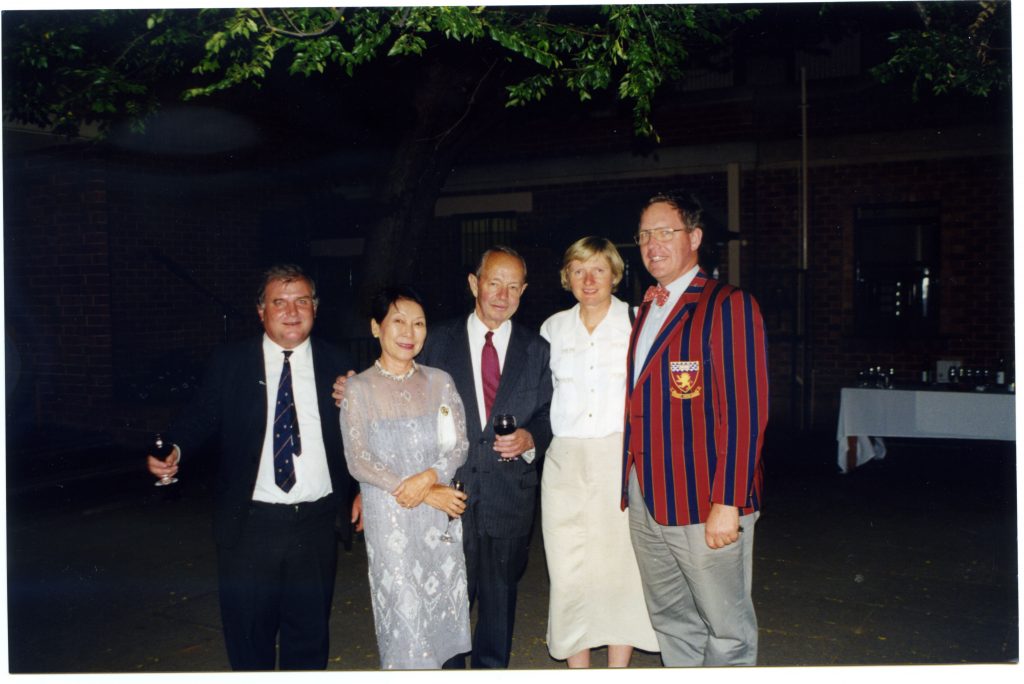 Robin and Okche with Charles Hawker (left) and Alice and Brian Lange at Robin’s farewell, 1999. 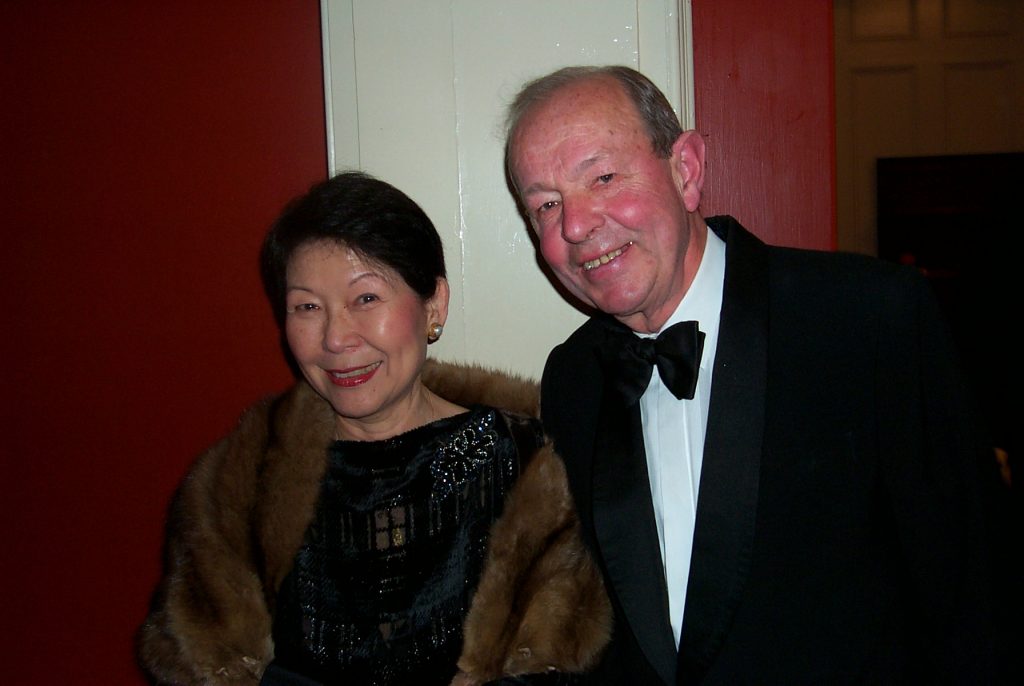 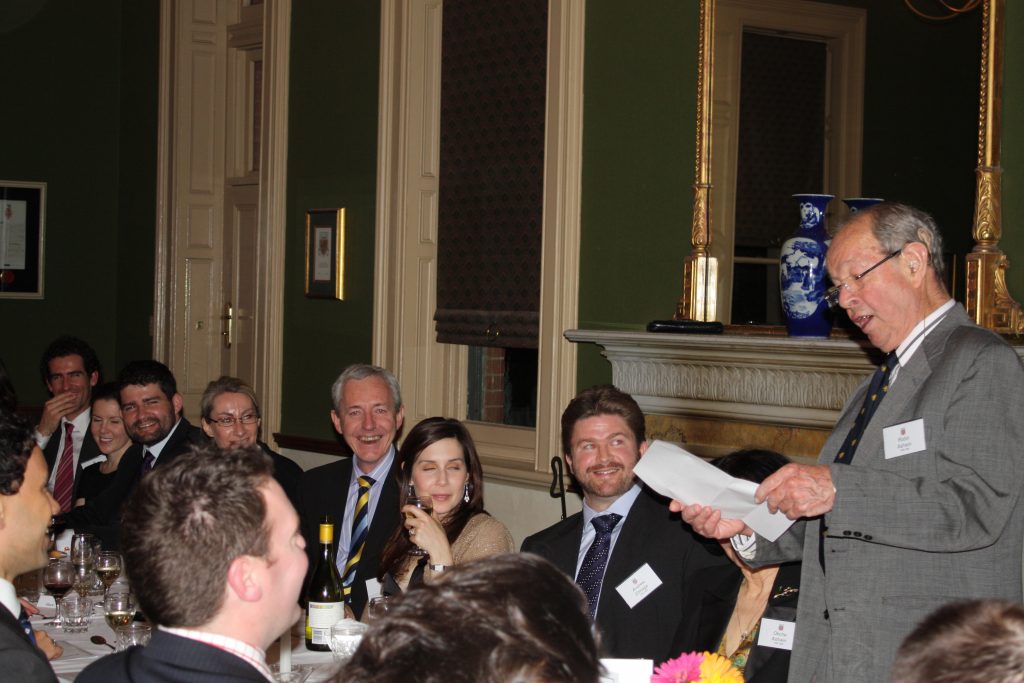 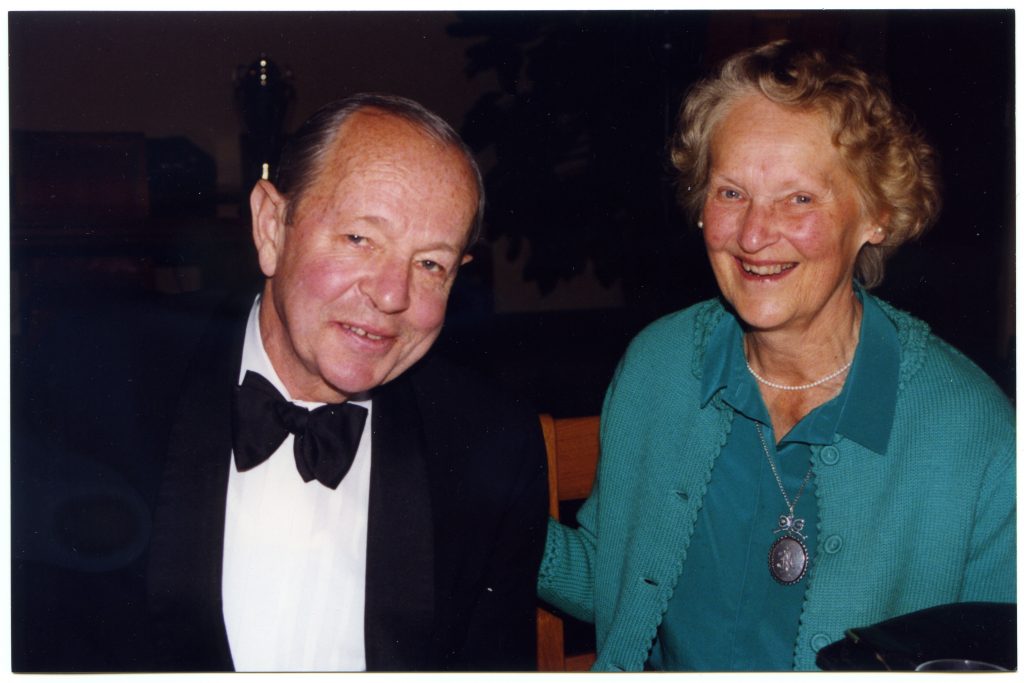 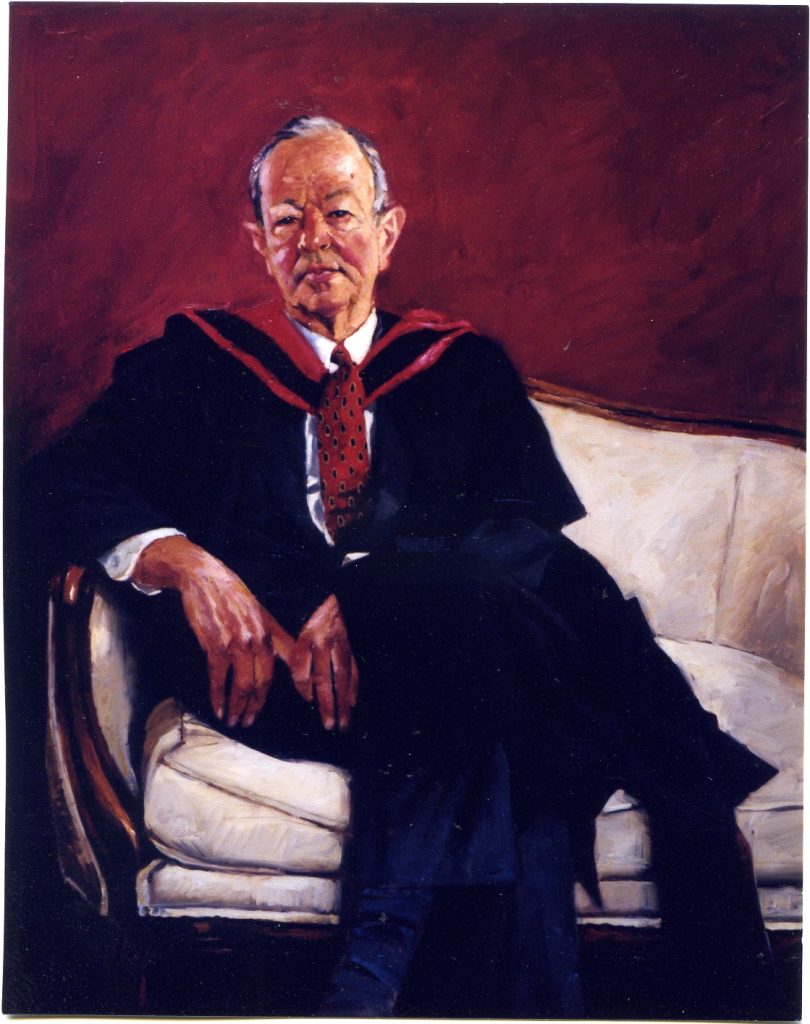 Robin’s official portrait by Bill Leak which hangs in the College Dining Hall. 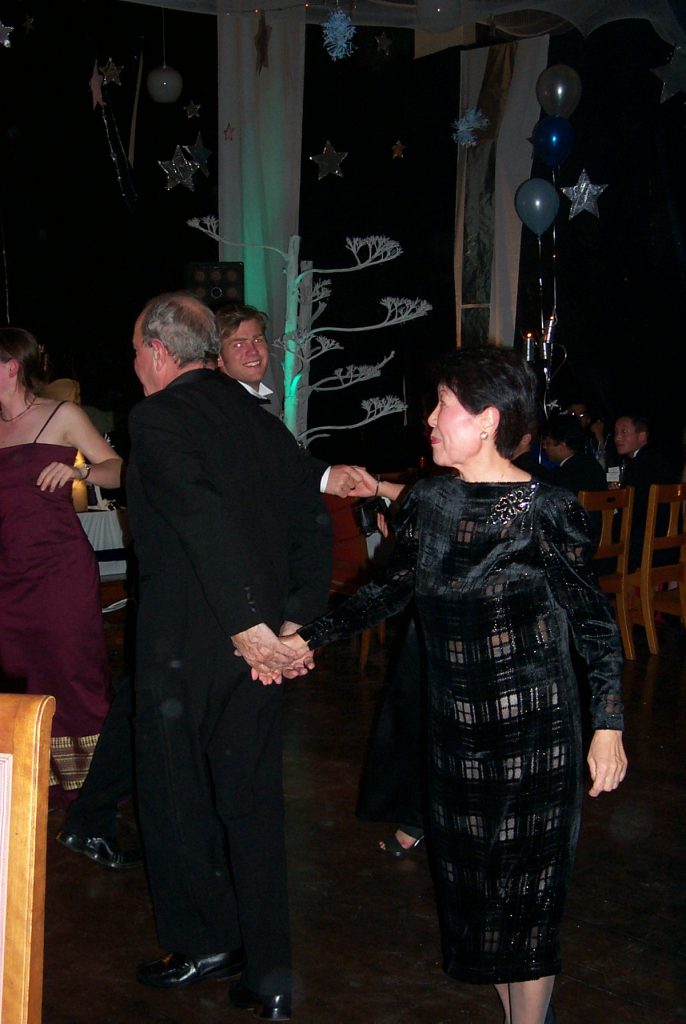 Robin and Okche at the College Ball in 2000. 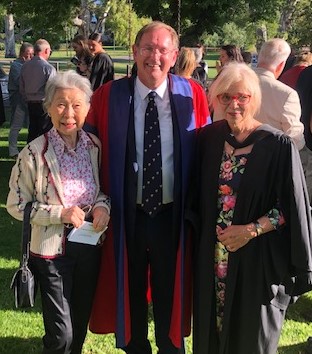 Okche with Don Markwell and Angela Bannon after the Commencement Service, February 2020.