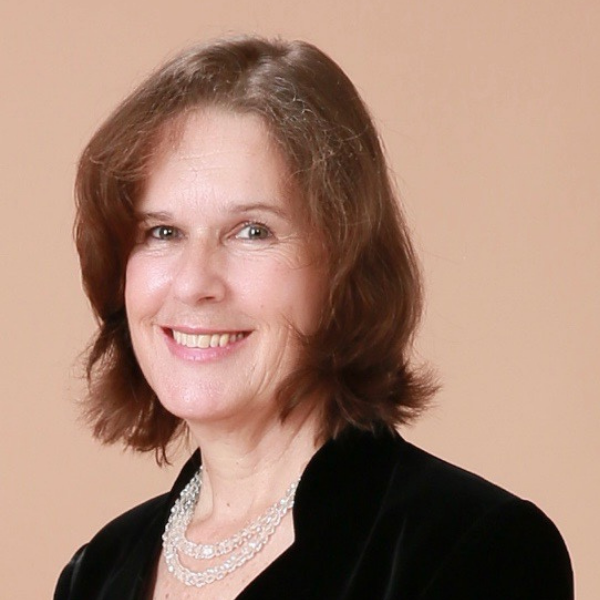 Alison Watts (St Mark’s 1982-84) is an award-winning translator between Japanese and English, based in Japan. Her translation of The Aosawa Murders by Riku Onda was chosen by The New York Times as one of 100 Notable Books of 2020, and by The Times and The Sunday Times for their list of best crime books of the year.

Other recent recognition of Alison’s work has included the Kyoko Selden Memorial Translation Prize for her Japanese-to-English translation of an excerpt of A Dosimeter on the Narrow Road to Oku, by Durian Sukegawa.

Born in Millicent, South Australia (where her parents still live), Alison went to primary school there, before winning a scholarship to Walford Church of England Girls Grammar School in Adelaide. She started her Arts degree at the University of Adelaide in 1981 while a resident student at St Ann’s, but as soon as St Mark’s made the decision in April 1981 to admit women students in 1982, she was keen to be in the first year of co-education at St Mark’s. Her father, Robin Watts, a lawyer in Millicent, had been at St Mark’s in 1955-58, and encouraged her enthusiasm to come.

Entering the College in 1982 with the first cohort of women, Alison recalls the “great curiosity” from her male peers. She continued her Bachelor of Arts degree at the University of Adelaide, principally studying English and Chinese, and jumped on the many opportunities the College presented. She played in the mixed hockey team, and rowed in the women’s crew. She served on the Variety Evening Committee in 1983, and the College Club Committee in 1984.

Although not previously a bridge player, she was elected as the Bridge Secretary in 1983 and 1984. Her report for The Lion in 1983 ended “This year will always remain in my memory as the ‘year I learnt to play bridge’.” Her 1984 report for The Lion began “Well, it was a riproaring year for bridge!”

Alison was also active in wider university life, both at the University of Adelaide and at Flinders University (where she studied in 1984 for a Postgraduate Diploma in Education). Her activities included Mountain Club, China Society, Campaign Against Nuclear Energy, and playing the flute in the Flinders University orchestra. Alison also enjoyed balancing her College and university life with part-time work, waitressing in a Greek restaurant on weekends and working in a Riverland fruit factory in the summer holidays.

She reflects: “Life was a different pace then in pre-internet days. Slower, and without the pervasive social pressure that there is now to always be photogenic and amazing. Although I was aware that success was meant to be the goal, I never had any great ambition—all I knew was that I wanted an interesting life. I did an arts degree and studied Chinese language, history, politics and English literature—subjects that gave me an opportunity to expand my knowledge of the world and served me well in later life. And of course I always loved reading and literature so I went into teaching…”

Graduating from the University of Adelaide with her Arts Degree and from Flinders University with her Postgraduate Diploma in Education in 1984, Alison set her sights on international travel, and got her first job teaching in Shanghai in 1985. Working as an English instructor at the Shanghai Foreign Languages Institute was a “seminal experience”. At this time, Shanghai was still a developing city in “a totalitarian society, [where] food was rationed, everybody still wore Mao suits and rode bicycles, and the streets were filthy, [with] no high rises or subways”. She credits this time with opening her eyes to the reality of cultural differences and her own assumptions about what was “normal”.

Alison was able to travel to Tibet during this time as their borders opened to foreigners for the first time since 1959. After learning so much about Tibetan culture and history during her time at university, Alison was struck by “the role of religion and culture, the nature of cultural genocide and the awesomeness of mountains”.

On returning to Adelaide, Alison worked as a contract teacher at Walford School and as an emergency teacher with the South Australian Department of Education. She also furthered her education, achieving Honours in English Language and Literature in 1988. Despite this, Alison was still curious about what other parts of Asia were like.

In late 1988, Alison moved to Hitachi, Ibaraki, in Japan to work as an English instructor at Hitachi Gaigo Gakuin, a language school in the area. Although she enjoyed the work, Alison knew it was “not what [she] wanted as a lifelong career” and, after marrying, “set [herself] to learning the Japanese language properly”.

Alison stumbled into commercial translation working as a language assistant in an elevator and locomotive factory (Mito Works, Hitachi) and immediately knew she had found her vocation. She worked as a freelance commercial translator from 1994 to 2015. In 2003, she secured a Master of Arts in Advanced Japanese Studies with the University of Sheffield.

During these crowded years, Alison read Aya Goda’s memoir, the story of how a young art student journeyed through China and Tibet during the turmoil of Tiananmen. Obsessed by the story, Alison began translating the story to English and her first literary translation, TAO: On the Road and on the Run in Outlaw China, was published in 2007.

Alison’s professional activities in these years included chairing the Tokyo Activities Committee of the Japan Association of Translators in 2010-12. Alison also committed herself to community service, serving in various community roles in Tokai-mura (north-east of Tokyo), including as the Chair of the Council for Promotion of Gender Equality in 2007-09. Her many other interests have included founding Yukari-no-kai (The Eucalyptus Group), dedicated to promoting local musicians, poets, and artists in 2004, and a continuing passion for sashiko, a traditional form of Japanese embroidery.

Alison has been active in youth and adult exchanges between Tokai-mura and its sister city, Idaho Falls, in the United States, and has had some 20 years of volunteer work and interpreting as a member of the Sister Cities Association. Alison feels “fortunate to have strong connections with Idaho Falls”, with its “strong forty-year relationship” with Tokai-mura, “and there are people in Idaho who are like family”.

Alison turned to freelance literary translation full time in 2016 as she could “no longer deny” she had found the thing she “enjoyed doing most”. Since then, she has translated many books including Sweet Bean Paste (Durian Sukegawa, 2017), The Aosawa Murders (Riku Onda, 2020), and Spark (Naoki Matayoshi, 2020), with two more books set to be released later this year.

Her work has been internationally acclaimed.

Alison has now spent the majority of her life living in Japan and feels “richer for being at home in two cultures and languages”. She has certainly been living the “interesting life” she set out to live!

With her current sights set on returning to Australia in 2023, Alison is modest about her impressive professional achievements, and wisely reflects that “everything is a chance to learn and grow, no experience is ever wasted”.

A brief Q & A with Alison Watts:

What are your most significant memories of your time at St Mark’s?

Saturday afternoons on the hockey field, hanging out in the Queen’s Head, balmy evenings on the balcony of Creswell, lounging on the lawn at Garden Parties, the fun of dressing up for Final Dinners (in dresses from op shops), JCR meetings, long bridge games, chatting on the tennis court steps.

It’s the place I always feel I belong to, no matter where I am.

I’m proud of making a life, family and career in a foreign country with an alien culture, which I went to knowing nobody and with no connections, and I learned to speak, read and write the language from scratch through self-study.

What has been your involvement, if any, with the College since you were a resident student at St Mark’s?

Nothing official, but my friendships from St Mark’s have been lifelong.

Be brave and initiate conversations with people least like you, from entirely different backgrounds and culture.

My favourite place in College was the tiny study I had one year in the bay window room above the entrance to Downer House.

Miss Reid*. She joined the Board after I left, but Miss Reid was my headmistress in high school and when I was a young teacher (so even now I cannot say her Christian name). I was always too much in awe of her then to fully appreciate the great sense of humour and intelligence I now realize she possessed. I’m sure a conversation with her over dinner as an adult would be an entertaining and unforgettable experience.

Georgia Blain. Georgia was at College when I was and I remember her quiet, sweet smile. She was intelligent, I knew, but I had no inkling of the extraordinary writer she would become. I wish I could discuss life and literature with her now.

*Dr Helen Reid AM, Headmistress of Walford Anglican School for Girls, served on the College Council and Board, and became an Honorary Fellow of the College. A bequest from her created the Helen Reid Scholarship at St Mark’s.

Which book would you recommend we read as Collegians before graduating from university?

Sweet Bean Paste, a novel by Durian Sukegawa that I translated (but I won’t make any money from recommending it!). This helped form my own worldview and has also become extremely popular during the pandemic. 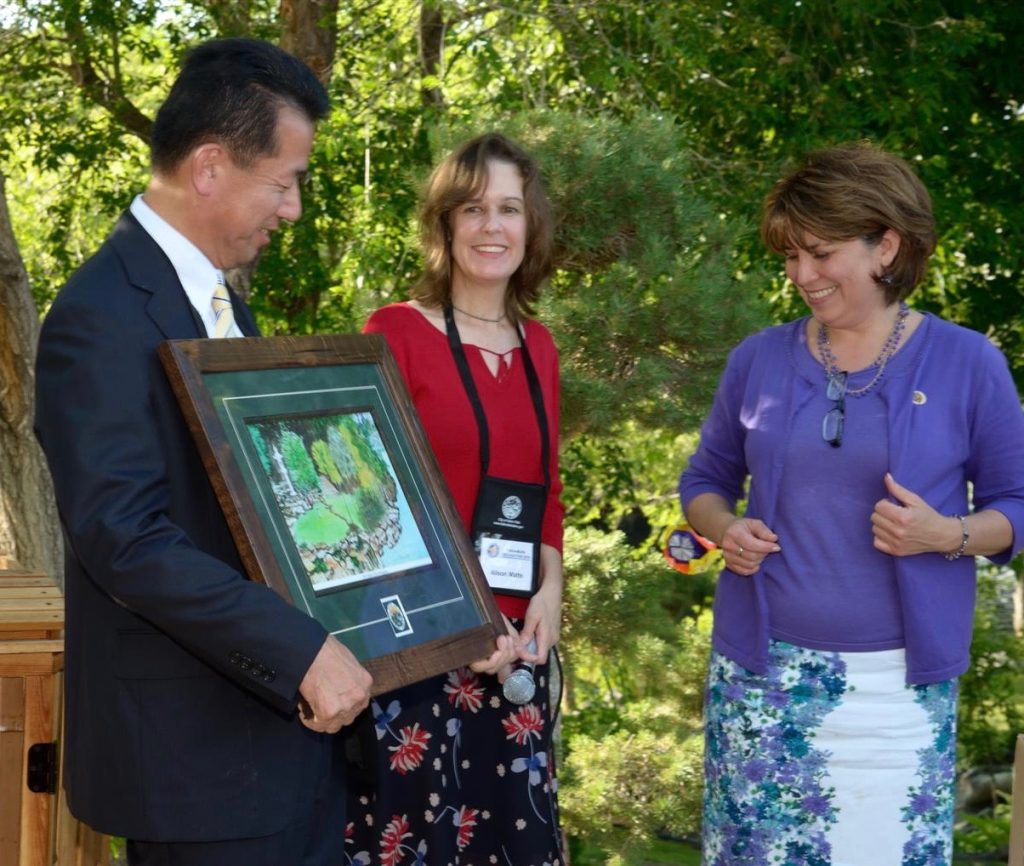 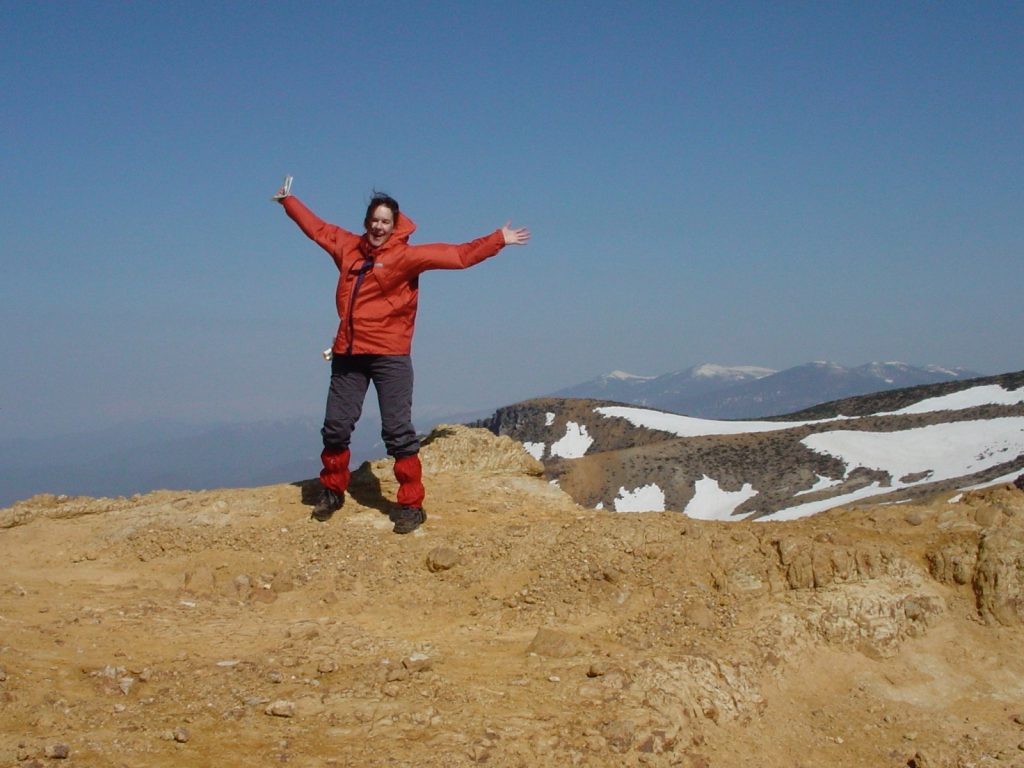 Alison Watts in the mountains of Japan