College Club President and winner of the Collegians’ Prize in 2021, Sophie Ludbrook came to St Mark’s as a Hawker Scholar, and is now a fourth-year medical student. A fierce leader, Sophie is not only a high achieving student but also a warm and generous friend to many, and a much-admired role model.

Sophie Ludbrook grew up spending time between various South Australian regions including the Coorong and the Adelaide Hills, surrounded by her family and countless different pets and farm animals. This upbringing fostered her love of “the outdoors, animals and adventure” and ignited her passion for horse riding, something that has remained close to her heart. Early childhood experiences in North America also helped to encourage her interest in travel – and in skiing and the snow.

As Sophie moved into school, her parents strongly encouraged her and her siblings to put themselves “out there”, resulting in what Sophie described as an insatiable eagerness to give things “a good crack”. While excelling academically, Sophie participated in many extracurricular activities – from being a dancing beetle in her school’s adaptation of The Wizard of Oz to being stroke of her rowing crew to captaining her state equestrian team in her senior years of school. Sophie was a member of the South Australian equestrian show jumping team in 2013, 2014, 2015, 2016, and 2019, and secured high positions in various national show jumping competitions.

Sophie also leapt at opportunities to serve her school community, working as a Salvation Army leader and part of the Student Action Team (SAT) to raise funds for White Ribbon, Red Cross and the Cancer Council, as well as organising events to raise funds and awareness around homelessness in Adelaide. Her position as a leader gave Sophie the opportunity to go to the Global Alliance International Leaders (GAIL) conference twice in her senior years of high school, an experience that nurtured her growing appreciation of politics and its intersection with her dream of becoming a doctor.

Sophie finished Year 12 at the end of 2016 with an impressive academic record, but chose to take first one and then another gap year before commencing her university studies. These years combined some remarkable work experience, travel, and further pre-tertiary studies to secure the place she wanted in medicine.

In 2017 Sophie’s four jobs included working as a high fashion model for Powell Models. This opportunity saw Sophie named as the South Australian National Finalist for Miss World Australia in 2017, with further recognition to come. Along the way, she also spent six months backpacking and exploring Europe, including a month travelling solo, an experience she would “highly recommend everyone [does] once in their life”.

In 2018, alongside further study, Sophie was able to explore her passion for medicine further by continuing her volunteer work with clinical trials at the Royal Adelaide Hospital, as well as taking opportunities to travel in Indonesia and interstate that she would not have been able to pursue while at university.

In the same year, Sophie was awarded a prestigious C.A.S. Hawker Scholarship, supporting her to become a resident student at St Mark’s when she commenced her medical studies at the University of Adelaide in 2019 – which she chose ahead of several other medical schools around Australia where (with an ATAR of 99.95) she had offers.

Sophie has written that “being awarded the C.A.S. Hawker Scholarship and becoming a St Mark’s Collegian was an opportunity that entirely changed my life and I think, has shaped my future. It provided me with three years filled with the best memories, to last a lifetime. It created a foundation of self-empowerment, networking, and relationships that I am sure will assist me not only in my professional career and development, but in my personal life in the capacity of a family”.

Sophie quickly took to life at St Mark’s, becoming part of the Charitable Foundation Committee (the St Mark’s students’ community service initiative) in her first year (2019), and over time putting her name down for every sport – she learned to kick a football and play AFL, reignited her love of soccer and debating, and even tried her luck at high jump in athletics. 2019 also saw her as captain of the Pony Club South Australia State Team – and Australian Supermodel of the Year (ASOTY)!

At the end of her first year in College, Sophie was elected as President of the Charitable Foundation for 2020. Under her leadership, amongst much else, the Charitable Foundation raised funds and awareness for Taboo Sanitary Products, Drought Angels, and Rural Aid. Sophie helped with Habitats for Humanity bushfire rehabilitation – and continued other interests, from being a Pony Club volunteer and mentor for students to debating for University of Adelaide Medical School and being a mentor for youth at ASOTY, Indonesia. Securing impressive academic results in her studies in medicine, Sophie also tutored at St Mark’s and in a volunteer capacity to first-year students at the University of Adelaide Medical School.

Elected in October 2020 to be College Club President for 2021, Sophie served in that role with distinction. This important role of student leadership both challenged and rewarded her, giving her new friends and expanding her impressive aptitude for leadership. With a strong emphasis on inclusion of all, and again showing her willingness to give everything “a good crack”, she worked harmoniously with other student leaders and with the Head of College and other staff to help ensure the best possible opportunities for St Mark’s students in a year again challenged by the vagaries of the COVID pandemic.

Sophie has written: “My final year was the most profoundly impactful year at College for me. As College Club President, I have learned so much. The position provided me with opportunities to challenge myself, to challenge others and compromise. Being President provided me with a platform to give back to and serve the community that has given me so much. The colleagues and friends I have made for life in this experience, alongside skills in event planning, risk mitigation and compromise have equipped me in a way I never could have anticipated.”

At the Final Dinner for 2021, it was announced that, after a careful selection process involving her fellow student leaders and staff, Sophie was to be awarded the Collegians’ Prize – awarded to “the student who has made the most outstanding contribution to life in the College, over a period of years, including this year”. The standing ovation and sustained applause she received demonstrated her fellow students’ gratitude for the leadership and service she had given. As Sophie has said, “the Final Dinner at St Mark’s will be an event that I will never forget”.

2022 marks Sophie’s first year away from College. While her day-to-day is now filled with 10-hour days on placement, resuming her competitive horse riding, cooking different recipes and walking her dog, Sophie has made a point to maintain her connections within the St Mark’s community. She is again serving as an academic tutor for St Mark’s, and staying connected with College friends. She was elected in late 2021, along with her Vice President, Taylor Glover, to serve on the Old Collegians’ Association committee. Together with Taylor, she MCed the quiz night held for students during the 2022 Welcome Week.

Currently, in addition to her studies and sport, Sophie is developing a project to provide mobile access to healthcare for patients who face homelessness and have no fixed address in Adelaide. She is looking forward to exploring her interests in surgery and remote medicine in her surgical placement this year alongside navigating future employment options as a junior doctor in Darwin. In the little spare time she does have, Sophie has been investigating a further research opportunity with a particular interest in women’s health. Although her career prospects are evolving, Sophie is currently keen to explore options in surgery or gynaecology with a parallel career in medical politics or public health policy development with additional studies in this area.

Sophie Ludbrook has been described as “a resilient young woman with wisdom beyond her years”. Her contribution as a student leader at St Mark’s has been outstanding, and we look forward to her continued involvement with the College over the decades to come, alongside a career that reflects her enduring commitment to service to others.

A brief Q&A with Sophie Ludbrook

What are your most significant memories of your time at St Mark’s?
Sports, pub nights and balls but also maybe even more the down time spent with my friends – sitting late at night in our hallways, little adventures on floor getaways and quality times spent with my committee who I grew so close to in my final year.

How has your time at St Mark’s influenced your life and career since?
Although I am at the beginning of my career, and still finishing my degree, I know it has already influenced me. The culture of the college and the skills I gained have been a huge foundation for putting myself out there and pursuing ideas and goals that I am passionate about.

What are your proudest professional or other accomplishments?
Probably, although it’s a bit cheesy, getting my scholarship that allowed me to go to St Mark’s – and then becoming I think only the 7th female President. In terms of external to college – passing my degree so far without having to sacrifice the other things I love, like sporting and social life!

What endeavour are you most excited about pursuing in the future?
Professionally: my passion for delivering equitable healthcare to our Aboriginal and Torres Strait Islander and remote Australian population – through a hands-on approach alongside policy development – especially in women’s health.

What personal qualities do you view as being most instrumental to your success?
The ability to not take life too seriously, and laugh at myself, but also to know when to turn it on and believe in myself, be assertive and take initiative/be disciplined. My passion to be fair, non-judgemental and warm – I hope this is something that I did as President. My love of always being busy – I hate not having a job to do, which is beneficial when trying to balance sport, uni, social life and extra-curricular activities.

If you could go back in time and give your younger self one piece of advice on that first day at St Mark’s, what would it be?
Don’t worry, you will pass uni if you put in some work (stress less) – I eventually realised this after my first year and was able to balance it a lot better! 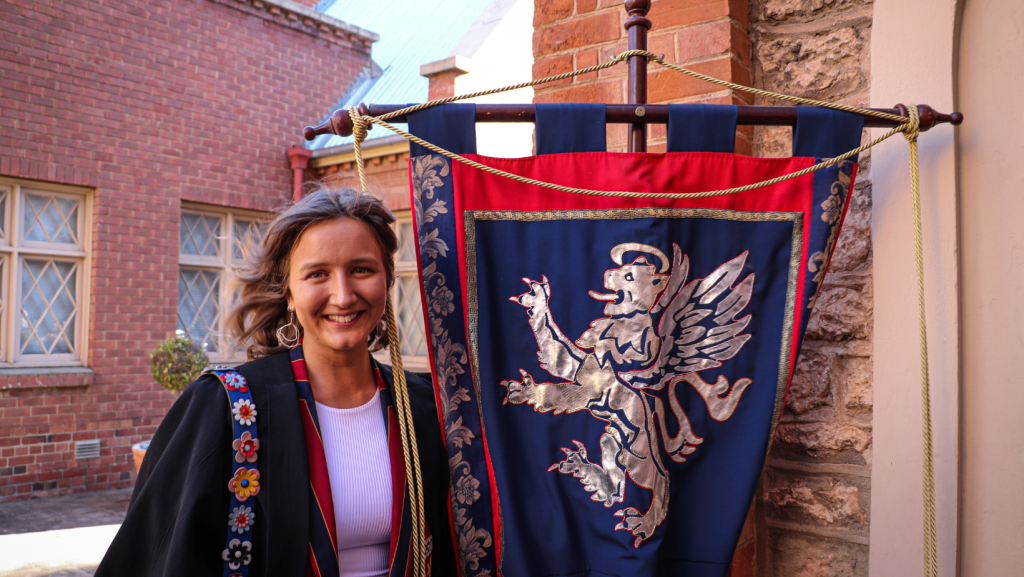 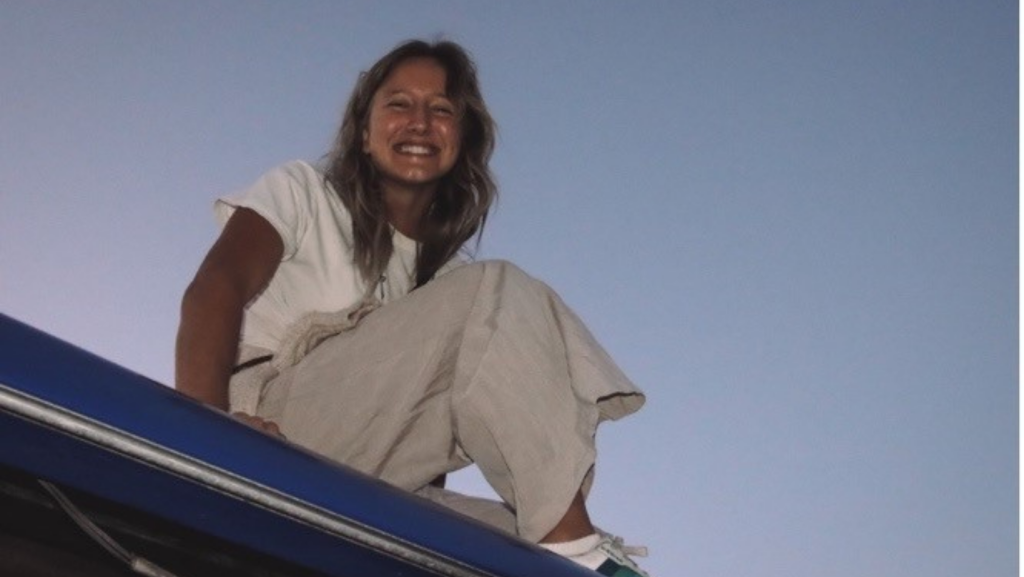