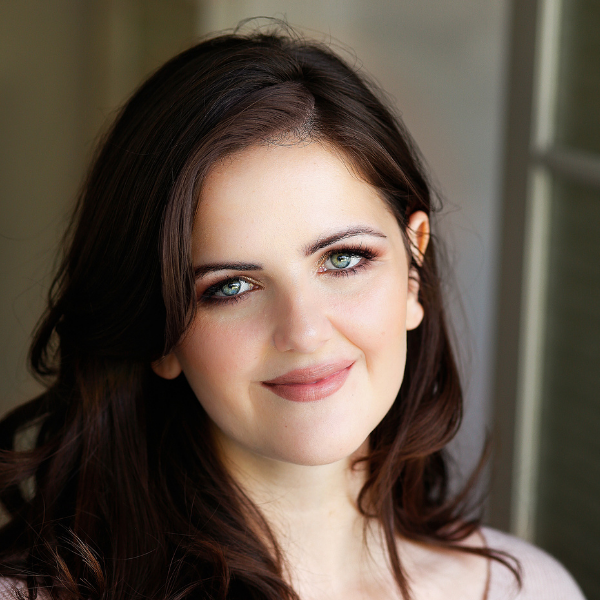 Sophie Gonzales is an internationally acclaimed author whose young adult novels have been recognised with numerous prestigious literary awards. She wrote her first full-length novel during her three years at St Mark’s (2011-13), when she also made significant contributions to the College’s Arts scene and gained a wealth of experiences that have greatly informed her writing.

Sophie grew up in Whyalla, South Australia, the second daughter of Spanish and Irish immigrants. An avid musician and reader, Sophie received exceptionally high marks in year 12, including a perfect score in English Studies, and graduated Dux of her high school. This outstanding performance secured her admission into the competitive Bachelor of Psychology (Hons) degree at the University of Adelaide. Her talents were also recognised in year 12 with first prize in a national singing, dancing, and acting competition. In 2011, she moved to Adelaide to commence her tertiary studies and started at St Mark’s College. Her time in residence was to be a deeply formative experience.

Looking back, Sophie reflects on how her first week represented such a significant moment. “Suddenly, I found myself surrounded by hundreds of strangers, all with their own interesting stories, and new perspectives. That, and the freedom to make choices for myself, in a safe environment.” Sophie remembers “speaking to two of the people who lived on my floor – A floor –and expressing that we wished we could go into the city to try a burger that night, even though it was after dinner. Then, it occurred to us that we could, so we did … for me, … with that decision, I’d crossed from childhood, where I had to ask permission to go out at night, to young adulthood, where no one was there to decide for me.” Living at St Mark’s “eased that transition. Sort of like stepping out from a small, contained family into a larger one.”

Sophie soon became an active and enthusiastic contributor to College life. In the Arts, particularly music, she was to have a significant impact. She participated in the College Choir and many Arts Evenings as a first year and before long became a joint Arts Evening coordinator – an acknowledgement of her skill and enthusiasm. Sophie remembers the Chapel and its piano as her favourite place because it was “the only time in my life I’ve had access to a real piano. I’m sure I drove everyone up the wall in the three years I spent there, because I’m not exactly a virtuoso, but I had a great time.” In her artistic pursuits, Sophie joined hand-in-hand with other Collegians such as Victoria Treacy, with whom she established a singing, instrument and dance performance group. In sports, Sophie fondly recalls “I was best suited to cheering from the sidelines—but I was there with bells on!”

Having been writing fiction online from the age of 11, at College Sophie began exploring the depths of her significant literary talent. Here she began writing her first full-length novel, which she completed shortly after College. While it was never published, the experience fuelled her great passion for writing.

At the same time, Sophie pursued her psychology studies with her typical conscientious aplomb. She writes: “I benefitted a lot from the psychology tutoring available at the College, and was eager to take on the role of psych tutor in my final year, along with being a duty tutor [which she did]. I was also the grateful recipient of a scholarship to help with fees.”

After leaving St Mark’s, Sophie continued her psychology education by completing her Honours year at the University of Adelaide before moving to Melbourne in 2015 to pursue an internship as a psychologist. In 2018, after three years of training under clinical psychologists and working within occupational rehabilitation and primary schools, Sophie received her full registration as a psychologist. From 2018 to 2020, she worked as a psychologist in the school setting where she provided psychological services for teenagers between the ages of 12 and 18.

While completing her psychology studies and training, Sophie had continued to write. In fact, during her Honours year, one of her books received representations by a literary agent in America. Encouraged by this experience, Sophie continued toiling away in pursuit of her dream of being a traditionally published author. In 2017, her major breakthrough came. Sophie received an offer for publication for her debut novel, The Law of Inertia, which appeared in 2018.

Sophie writes that fulfilling her dream of being a traditionally published author is her “proudest professional accomplishment. I’ve been writing my whole life, and actually made the decision at the end of my second year at St Mark’s to finish my first full length novel in order to pursue publishing. Since then, I’ve published four books, with two more contracted. My primary publisher is Macmillan in the USA, but I’m thrilled to also be published in the UK and Commonwealth with Hachette Publishing, as well as various other countries”. To date these countries include Italy, Spain, Poland, Russia, Turkey, Germany, France, Vietnam, and Brazil. Ever humble, Sophie jokes that she is “weirdly … even more excited” that her books can be found on the shelves of Kmart and Big W.

This humility belies the remarkable recognition and acclaim Sophie’s works have received. Her novel Only Mostly Devastated was nominated for the Southern Independent Booksellers Alliance's Southern Book Prize, as well as being shortlisted for the prestigious Waterstones Children's Book Prize, receiving the Junior Library Guild golden standard stamp, and being selected as an Indie Next Pick. The novel also went on to be a semi-finalist in the Goodreads Choice Awards, the largest literary audience choice award in existence.

Perfect on Paper was likewise selected as an Indie Next Pick, and made it to the semi-finals in the Goodreads Choice Awards, as well as the American Library Association’s Rainbow Booklist award. If This Gets Out (co-written with Australian author Cale Dietrich) was released to critical acclaim, receiving a starred review from the School Library Journal, and placed as the sixth bestselling hardcover young adult book in the USA during its release week. When it released one month later in the UK, it hit the Children's and Young Adult fiction chart.

In 2021, after spending several years working 80+ hour weeks between her day job as a psychologist and her growing demands as an author, Sophie took a reluctant break from psychology in order to work as a full-time author. She currently lives in Adelaide with her partner and cat, along with an ever-changing line-up of foster cats and kittens.

Sophie's next book, Never Ever Getting Back Together, is due to release in the USA in December 2022, and in the UK/Commonwealth in January 2023. She looks forward to “publishing more books, branching out to new genres and categories, and seeing what comes next!”

St Mark’s College prides itself as a place where ideas and passions can flourish. Sophie Gonzales stands as a towering example of this. Already internationally acclaimed, she is still in the early years of her literary career, and we look forward to seeing what her exciting future as a novelist yet holds.

A brief Q & A with Sophie Gonzales:

I remain close with many of the people I met at St Mark’s! I’ve lived with some of them, celebrated life milestones with some of them, and reached out to them for assistance over the years. As for my career, the most important thing an author can have is a variety of life experiences. Those three years I spent being surrounded by so many different people, opinions, backstories, personalities—and participating in some of the more unique traditions that not many people ever have the chance to see—has informed my writing greatly. Nothing stifles creativity like being in a bubble. Attending St Mark’s popped that bubble for me.

Creativity is the big one, I suppose, but I think a stubborn belief in my own abilities was probably more instrumental still. It was particularly hard for a couple of years when I first shared I was hoping to become an author, because the most common response was “most people don’t make it, you know”. And I knew that, but I also knew people publish books all the time, and there was no reason one of those people couldn’t be me, if I worked hard enough.

I know it’s not part of the question, but I would be remiss to not acknowledge the fact that all the personal qualities in the world pale against the many opportunities I had. A strong support system at home, a good education, teachers who encouraged me, friends who read my work when I was learning, and of course, being able to attend St Mark’s while studying, to meet people, and have a safe environment to learn in, and try new activities, and broaden my experiences. Many strokes of good luck, and wonderful people, met in the middle to create an environment where I had the confidence and resources to identify my dream and go after it.

What has been your involvement with the College since you were a resident student at St Mark’s?

I attended several Old Colls events in the immediate years after leaving, but I moved to Melbourne in 2015, so haven’t had many opportunities to get involved. Now that I’m back in Adelaide, though, I hope to change that!

It’s scary to meet so many new people, but almost everyone you meet will be someone who adds to your life, so go out and meet them. And don’t waste time feeling self-conscious during events. The only person in the room who’s this aware of you, is you.

Education and discussion opportunities are key, in my opinion. There are so many questions people aren’t prompted to ponder, which lets them accept things that perhaps shouldn’t be accepted. So much of the way we weave gender into society is taken for granted from birth, many people never have the chance to wonder why things are the way they are. Why, for example, are careers that are largely associated with traditionally feminine roles, such as childcare, lower paying than jobs that are considered traditionally masculine? Why are romance books, which have largely been the domain of women authors, considered to be of less literary merit and worthy of accolades than areas of genre fiction more dominated by men? The questions, when discussed in good faith, tend to reveal interesting biases most people leave unexamined. And when we leave beliefs unexamined, how can we take steps to correct our way of thinking?

Which book would you recommend we read as Collegians before graduating from University?

I don’t have a specific title recommendation, but I implore everyone to get their hands on some Young Adult books. The category has led the way in terms of diversity within the literary world over the past ten years, and reading widely from a variety of perspectives is one of the best ways to learn about the world we live in, and foster empathy, without needing to even walk out the door.