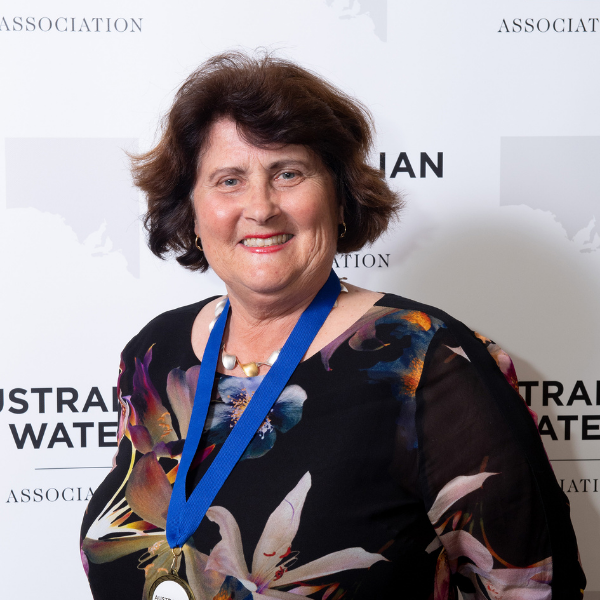 Jennifer McKay was instrumental in St Mark’s transition to coeducation in 1982 following her appointment in 1981 as the first woman Assistant Dean of the College. She has since gone on to a highly successful academic career as Professor of Business Law at the University of South Australia.

Jennifer McKay grew up in Melbourne and graduated from Blackburn High School in 1975 as a music scholar and as the English subject dux. She quickly took to life at the University of Melbourne, including as a member of the Choir of Trinity College. Studying geography, psychology, and English literature, she completed her Honours degree in Arts in 1981. In 1980, she featured as an extra, acting as a nurse in a scene shot in Adelaide, in Peter Weir’s film Gallipoli, starring Mel Gibson.

Jennifer subsequently undertook Masters coursework in environmental studies, before enrolling as a PhD student at the University of Melbourne, working on environmental policy and supported by an award from the Australian Water Resources Council.

It was while working on her PhD that Jennifer moved to Adelaide in 1981 to become the first woman Assistant Dean at St Mark’s, and the first single woman to become a resident member of the College. This was to help St Mark’s prepare to welcome women students in 1982, and at around the same time that Dr Jean Edwards, Ms Maria McCann, and Ms Elizabeth Summerfield also joined the Senior Common Room, and Mrs Diana Medlin was appointed as the first woman member of the College Council.

Jennifer has written that it was “delightful to work with” the Master at the time, Dr Peter Edwards AM, and others, such as Di Medlin, in “the process of co-residence”. She has also written of her 18 months as Assistant Dean, which included preparation for coeducation and the first year of women students at St Mark’s, as involving “planning, working on cultural change, supervising behaviour and pastoral roles”.

Dr Peter Edwards has written that Jennifer McKay carried out her tasks as Assistant Dean “with great sensitivity, maturity and good humour”. He added that “much of the credit for the success of the transition to co-residence can be attributed to her personality and intelligence”. Describing her as “dedicated and hard-working” with “natural enthusiasm and ebullience”, he added that “her positive and wide-ranging interests” were “a great asset to the College”. Amongst other contributions, he said, “there was a natural tendency for many of the first group of women under-graduates to turn to [her] for advice and support”.

During her time at St Mark’s, Jennifer McKay was also active as “curator” of the Senior Common Room, including (for example) organising a much-commended SCR visit to McLaren Vale wineries. She later wrote that “my time as Assistant Dean at St Mark’s was invaluable to me and I look upon it with fond memories”.

In 1983, Jennifer McKay moved to teach in the Department of Geography at James Cook University in Townsville, and as a tutor and Dean at St Mark’s College there, during her final year of her PhD. She returned to Adelaide in 1984 to work as a research fellow in the Economics and Geography Departments at the University of Adelaide, while studying for a Bachelor of Laws, and (amongst much else) editing a book for Oxford University Press on The Economics of Bushfires: the South Australian experience.

From 1988 to 1993, Jennifer worked as a solicitor for Finlaysons in Adelaide, primarily engaged in commercial advisory work. In 1992, she was appointed as Professor of Business Law at the University of South Australia, a position she holds to this day. In this time, Professor McKay has become a decorated and highly respected academic, recognised for her teaching, research, and leadership, and the impact of her work.

Amongst other roles and honours, she has served as Commissioner of the Environment, Resources and Development Court since 1995 and on the Natural Resources Management Council; been admitted to the Women’s Honour Roll, for service to water management in South Australia; been awarded the Senior Research Excellence Award for Established Researcher at the University of South Australia in both 2009 and 2011; and most recently been recognised with the Premier’s Medal as Water Professional of the Year by the Australian Water Association in 2020.

“Professor Jennifer McKay’s extensive body of research has provided insights into water law governance and policy in Australia. Her research has helped policy makers to understand the impacts of their policies on farmers, urban dwellers and water users generally. She has also provided constructive suggestions to reform and improve water governance structures, and promote ecologically sustainable development. Her research in relation to trust across and within the water sector has been instrumental in guiding water supply businesses and government strategy. Her passion and enthusiasm are evident and her contributions to the advancement of sustainable water management will have a lasting impact.”

Professor McKay’s work has been so influential she has been invited to talk to legislators in a number of American states about water policy while a Fulbright Senior Fellow, as well maintaining a high citation index for her publications, which now number over 180.

Beyond her raft of professional accomplishments, community service, and other interests – from collecting editions of Bunyan’s Pilgrim’s Progress to serving the Defence Reserves in various capacities – Professor McKay believes that some of her proudest achievements are her children, her fundraising efforts for the Variety Bash, the completion of the Heysen Trail, and her work in unique hybridized Iris plants.

Looking to the future, she is excited about “designing materials to teach environmental law to law students to equip them with skills in legal analysis to contribute to the climate change litigation that will transform our society, working with the water industry on human rights issues via enhanced community consultation in environmental decision making and conflict resolution, teaching business students about sustainability law” – and about singing, which has been a great passion of hers since her choral scholarship at Trinity College in the University of Melbourne in the 1970s. She is now learning voice production for jazz.

Throughout, Jennifer McKay has maintained an active engagement with St Mark’s College. Her work as Assistant Dean in 1981-3 helped to lay the basis for the next 40 years of coeducation here, while her work in environmental and water policy continues to have impact far and wide.

Researched and written by Margot Pick.

A TEDx talk by Professor McKay on the duty to cooperate in natural resource management is here.