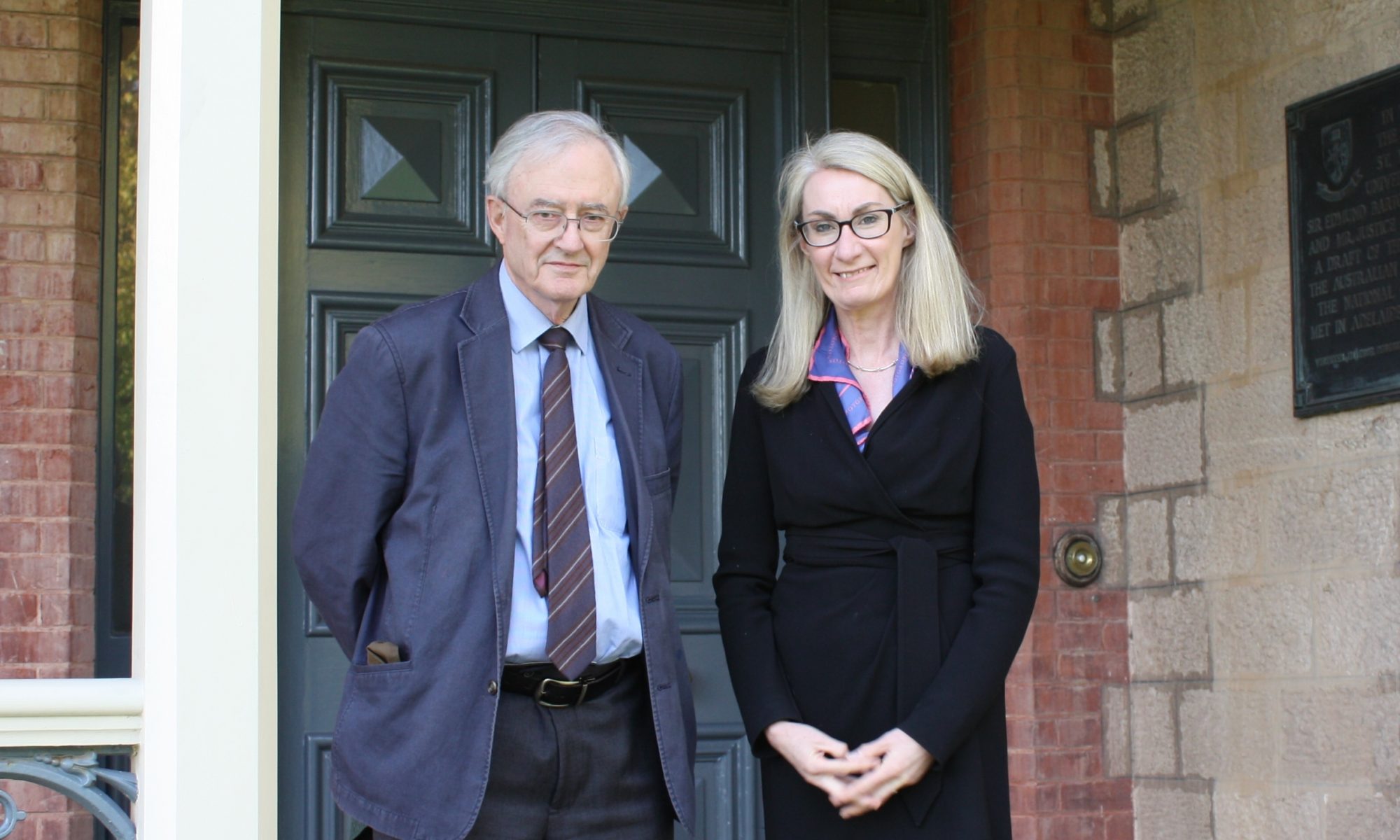 Along with 4750 graduates at the recent University of Adelaide graduation ceremonies, Professor John Finnis was one of nine eminent Australians awarded an honorary doctorate. Prof Finnis was awarded his Doctor of Laws on Saturday 6th May in recognition of his work as an Australian legal scholar and philosopher specialising in the philosophy of law, and as someone who has transformed the study of jurisprudence around the world. He is professor of law at University College, Oxford and at the University of Notre Dame, teaching jurisprudence, political theory, and constitutional law and in 2017 was appointed an honorary Queen’s Counsel.

Prof Finnis, pictured above with the Master, was a student at St Mark’s in 1958 – 62 and a member of the College Club Committee in his final two years. In 1962 he was awarded a Rhodes Scholarship to Oxford University where he obtained his D.Phil. We were thrilled he was able to drop in for a tour of the College on his brief visit to Adelaide where he spoke fondly of his time at College and the continuing connections he maintains.