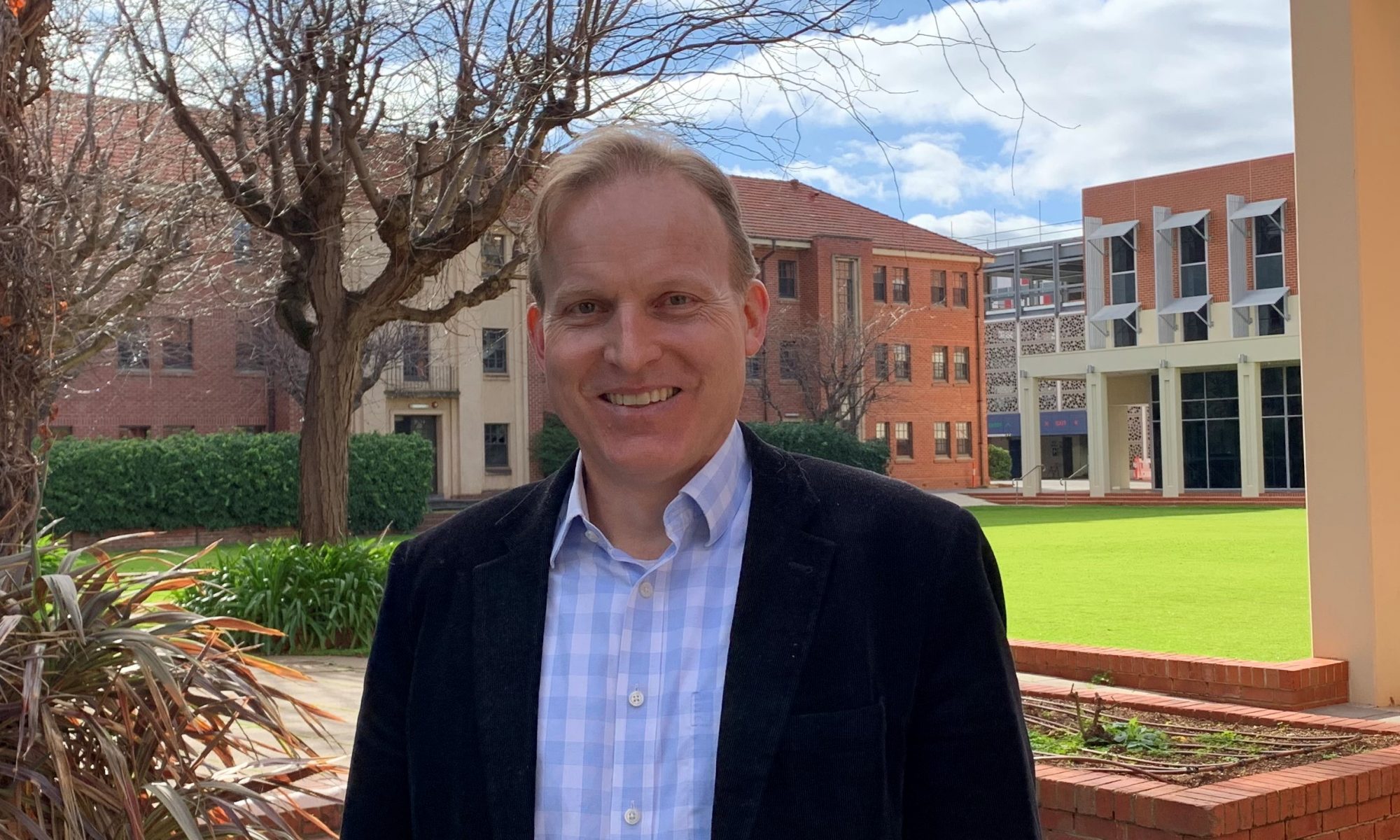 Many congratulations to the Dean, Professor Peter Tregear, both on his recent award of a Medal of the Order of Australia, and now on his appointment – announced today – as the founding Director of Little Hall, a new hall of residence at the University of Melbourne, with effect from December this year.

Professor Tregear advised St Mark’s that he was a candidate for the post in Melbourne before he was appointed as Dean of the College for 2020 in January.

He will continue to serve as Dean of St Mark’s until the end of the academic year.

St Mark’s is immediately commencing a competitive search process for the next Dean. Details are available here.

In warmly congratulating Professor Tregear on his appointment to Little Hall, the Head of College, Professor Don Markwell, thanked him for his outstanding contribution to St Mark’s so far this year.

“We are immensely grateful that Peter Tregear agreed to come to St Mark’s as Dean for 2020, and that he will serve through to the end of second semester”, Professor Markwell said.

“Both before and during the pandemic, Peter has worked tirelessly to promote student wellbeing and uphold the values of the College.

“It is little wonder that the University of Melbourne has chosen him to lead the creation of a new student community there”, Professor Markwell said.

Professor Tregear said: “It has been a great pleasure to be able to get to know, and work alongside, such a high-calibre team of staff and students at St Mark’s. I shall miss them all and wish them every success into the future. I will continue to be an enthusiastic supporter of the College and its values.”

Professor Tregear’s appointment as inaugural Director of Little Hall comes just weeks after his being awarded a Medal of the Order of Australia in the Queen’s Birthday honours list in early June.

The award was “for service to music education, and to professional organisations”.

The official Order of Australia citation and details of Professor Tregear’s career published at the time of his award can be found here.

Peter Tregear is a graduate of the University of Melbourne in music and arts, and secured his PhD in Musicology at Cambridge in 1999.

As a Fellow of Fitzwilliam College, Cambridge, from 2000 to 2006, he was college lecturer and Director of Music at Fitzwilliam and Churchill Colleges.

Professor Tregear served as Dean of Trinity College, the University of Melbourne, from 2006 to 2008.

Subsequent roles have included Executive Director of the Academy of Performing Arts at Monash University, Professor and Head of the School of Music at the Australian National University, and Teaching Fellow and Director of Undergraduate Studies at Royal Holloway, University of London.

“Peter’s deep experience in colleges in Australia and the UK has helped him to enrich the student life of St Mark’s so far this year, and we greatly look forward to his continuing contribution as Dean in second semester”, Professor Markwell said.

Further details of the position of Dean are available here.