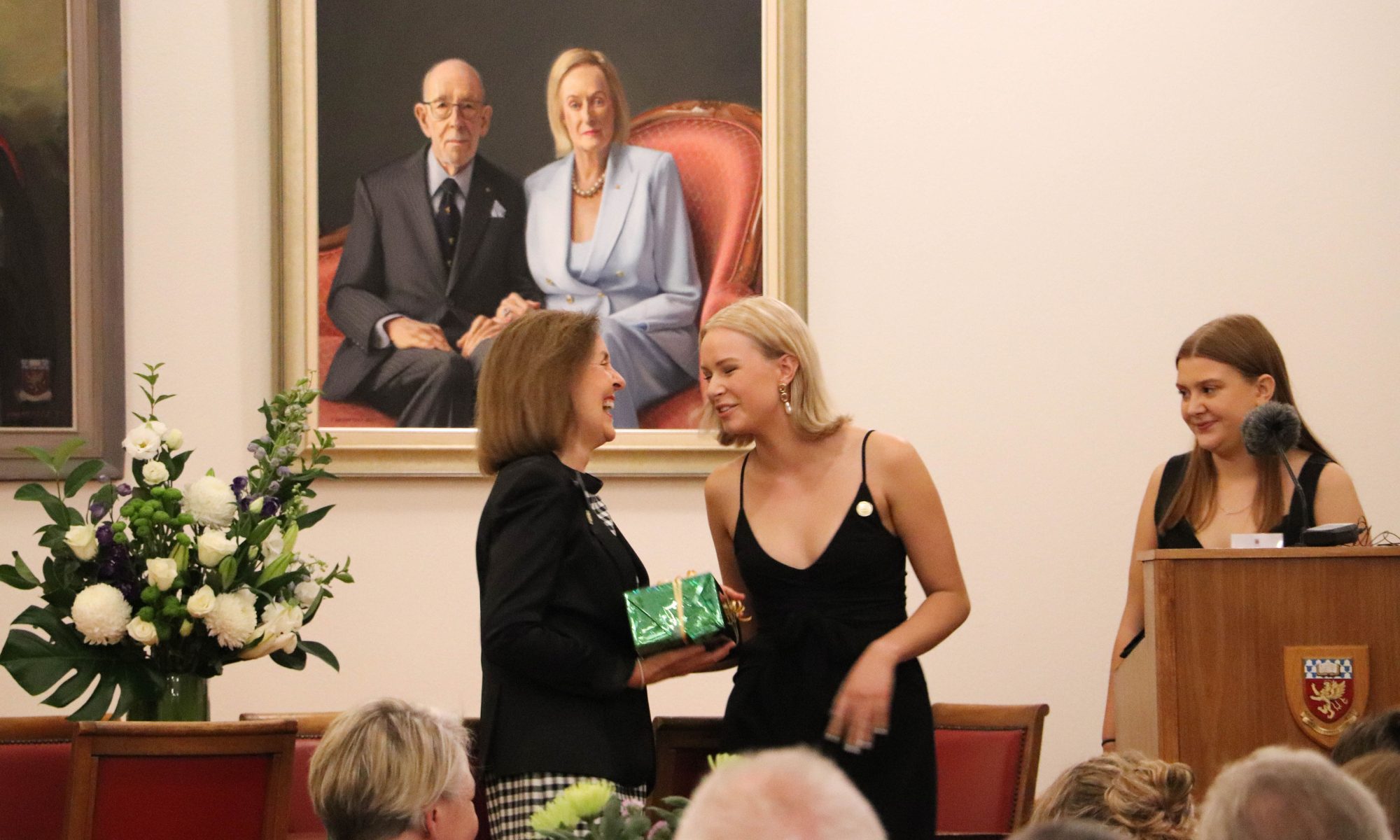 Seven of the first women students to come to St Mark’s when it became coeducational in 1982, the Master of the time (Professor Peter Edwards AM),  and the Eighth Master (Ms Rose Alywn) were among 140 guests at a brilliant dinner to celebrate the 40th anniversary of coeducation at the College recently.

Collegians from every decade since the 1940s, including many current Collegians, joined in a very happy night marked by a strong sense of camaraderie. Several had come from interstate and overseas.

“What a special night it is!” said Professor Don Markwell, Head of College, welcoming guests to the College’s beautifully decorated Dining Hall on Saturday 30 April.

Three members of the Council of 1981 who made the historic decision for coeducation were present at the dinner: Professor Peter Edwards AM, Master of the College from 1978 to 1982; the Hon Rod Matheson AM QC, who from 1982 was Chair of the College Council; and the Rev’d Bill Goodes.

In proposing the toast to the College, Professor Edwards, who as Master prepared the way for coeducation and guided it towards success, also said that the women of 1982 “set a brilliant standard for the women who followed”.

Like other speakers, he also remembered the men of the College in 1982, many of whom – like so many St Mark’s women – direct their efforts “towards the benefit of others”. He cited as two examples Joni Madraiwiwi, a law student from a Fijian chiefly family, who as vice-president and acting president of Fiji helped to defend human rights and the rule of law, and Marko Pavlyshyn, now a retired professor of Ukrainian studies, who is today helping Australians understand how they can support Ukrainians in the face of “Putin’s barbaric war”.

In thanking Professor Edwards, the Chair of the College Board, Ms Linda Matthews, said: “Your far sightedness in arguing for the entry of women to the College demonstrates your forward thinking, not just in permitting young women access to College life, but in the work that you did in welcoming young women students.”

Ms Matthews spoke of the College’s strategic priorities today to promote academic excellence and career preparation, and wellbeing and belonging in a respectful and inclusive community, and to work to support all students who need it through a major expansion of scholarships and other financial support for students.

As guest speaker, Dr Angela Evans AM, one of the women who entered the College in 1982, evoked happy and amusing memories of the early days of coeducation with great good humour and warmth.

“Memory is a really funny thing,” Dr Evans said. “40 years is a long time, and yet I can remember as clear as a bell the first morning tea out by the pond after the Commencement Service – a beautiful Sunday morning on a Summer’s day.”

From her campaign on the Building and Grounds Committee in 1982 to introduce full-length mirrors to the College, to her brushes with Royalty when the Prince and Princess of Wales visited Adelaide, and noisy conversations over early morning breakfasts in the Dining Hall, Dr Evans left all awash with laughter.

Dr Evans also highlighted the spirit of service animating so many past and present Collegians. She has herself gone on to a distinguished career as a clinician, teacher, and researcher in the field of podiatry, and has given immense and selfless service to the field, nationally and internationally. In her speech, she reflected on her work in Bangladesh with the NGO “Walk for Life Clubfoot”, which has treated some 30,000 little children, enabling them to walk, go to school, and have a normal life.

In a joint vote of thanks, two current Collegians – College Club President, Caitlin Glascott, and Senior Residential Adviser, Isabel Unwin – warmly thanked Dr Evans for her inspiring speech, and also thanked all who had helped to bring about coeducation and helped to ensure its success.

Both Caitlin and Isabel are medical students in their third year at College, and both are very worthy recipients of scholarships made possible through the generosity of Old Collegians and friends of the College.

“Celebrating 40 years of co-education here today”, Isabel said, “it is an absolute privilege to have a connection to the decades of women who have gone before me at the College… St Mark’s women of the last four decades inspire my decisions and actions. Their achievements and their service make me proud to be known as a St Mark’s woman alongside them. I hope that I can leave a positive mark on the College and support the women around me to leave this mark as well.”

At the Founders’ Day service the following morning, two of the women of 1982, Clare Thompson SC and Alison Watts, read the prayers.

In the words of the Chaplain, the Rev’d Grant Moore, the service was a “four in one” commemoration: “giving thanks for our founders and benefactors; esteeming our patron saint, St Mark; commemorating the 40th anniversary of coeducation; and honouring Anzac Day, or more specifically, the twenty young College members who lost their lives during World War II.”

The service was followed by morning tea, during which the Chair of the Board, Ms Linda Matthews, proposed the traditional toast to the Founders.

That afternoon, many current and Old Collegians took part in the Old Collegians’ football, concluding a memorable and happy weekend of celebrations.

The College will continue to mark the 40th anniversary of coeducation throughout the year with online profiles of 40 of our many remarkable St Mark’s women, and with drinks hosted by the Old Collegians Association later in the year.

The profiles of St Mark’s women can be found here.

If you would like to join in supporting the Women of St Mark’s Scholarship, you can do so here. 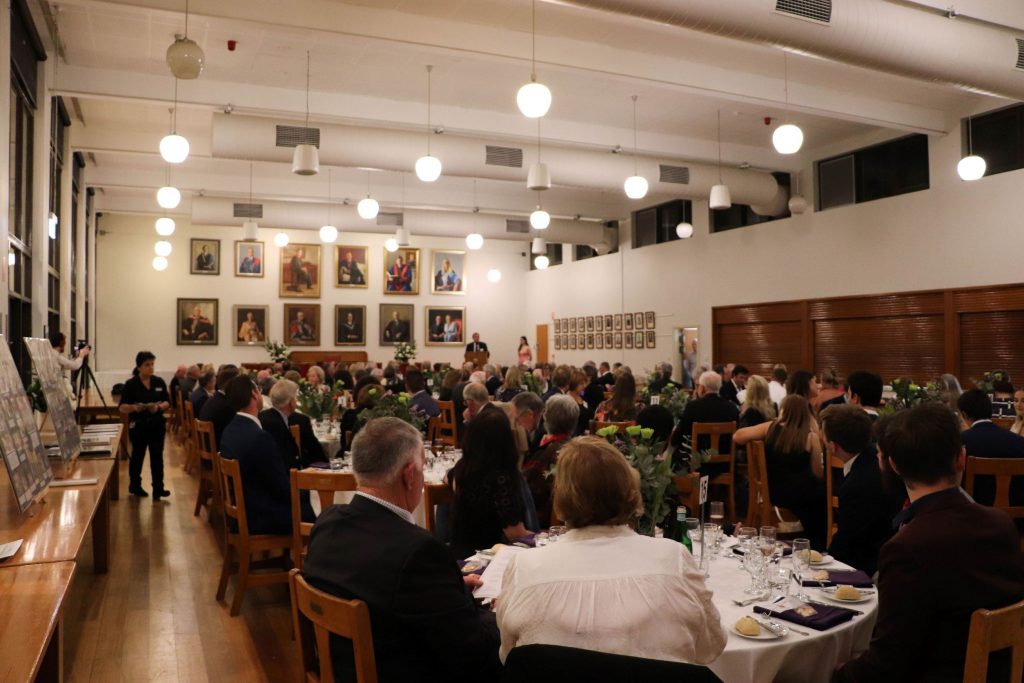 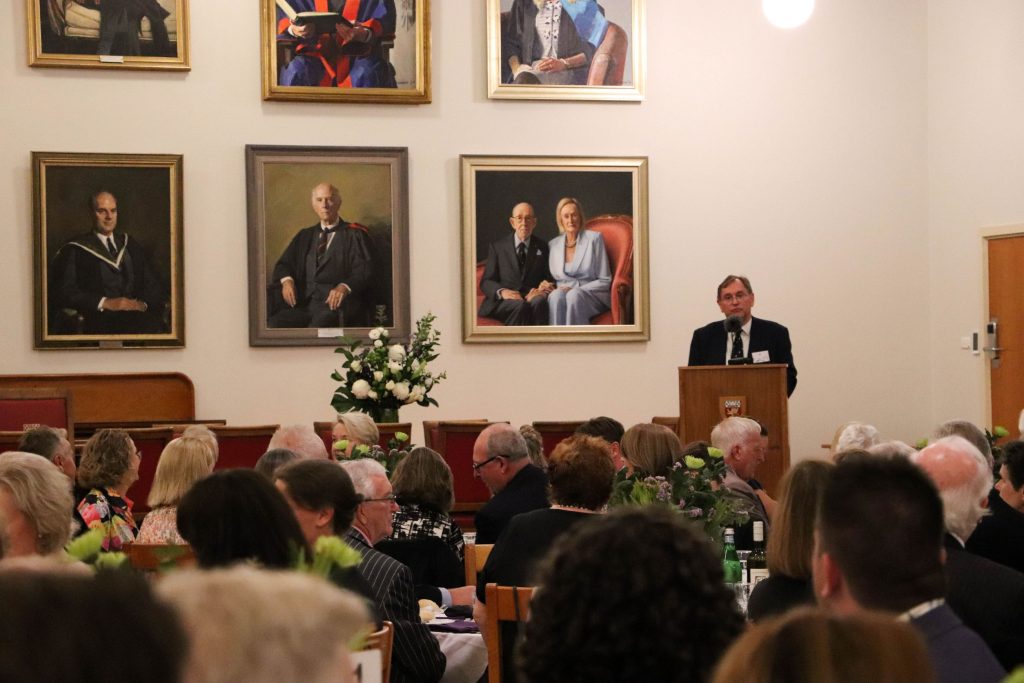 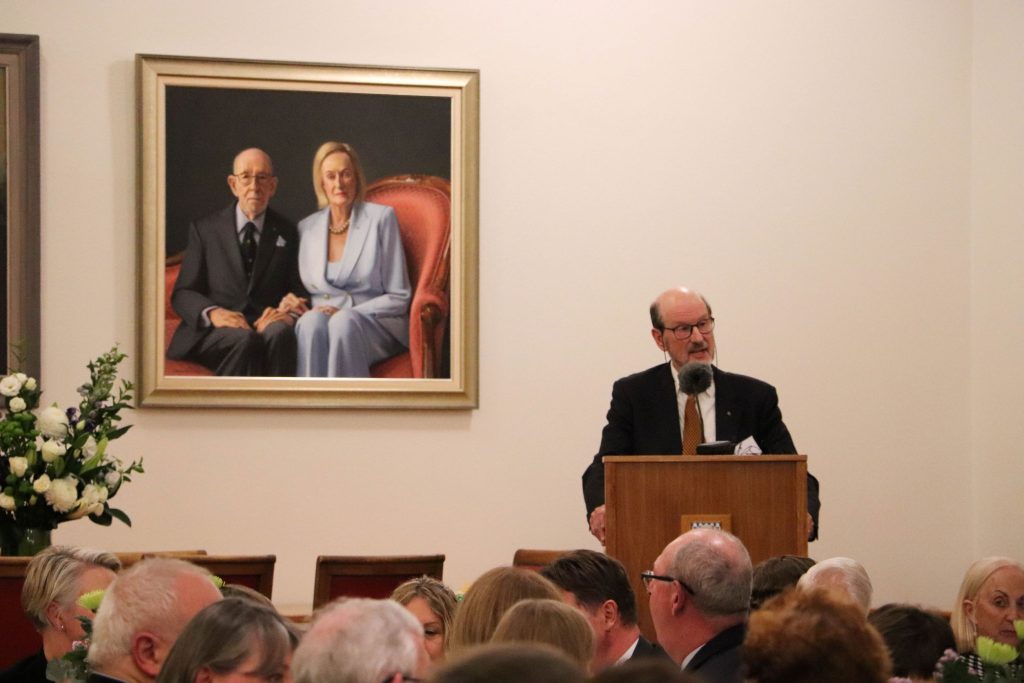 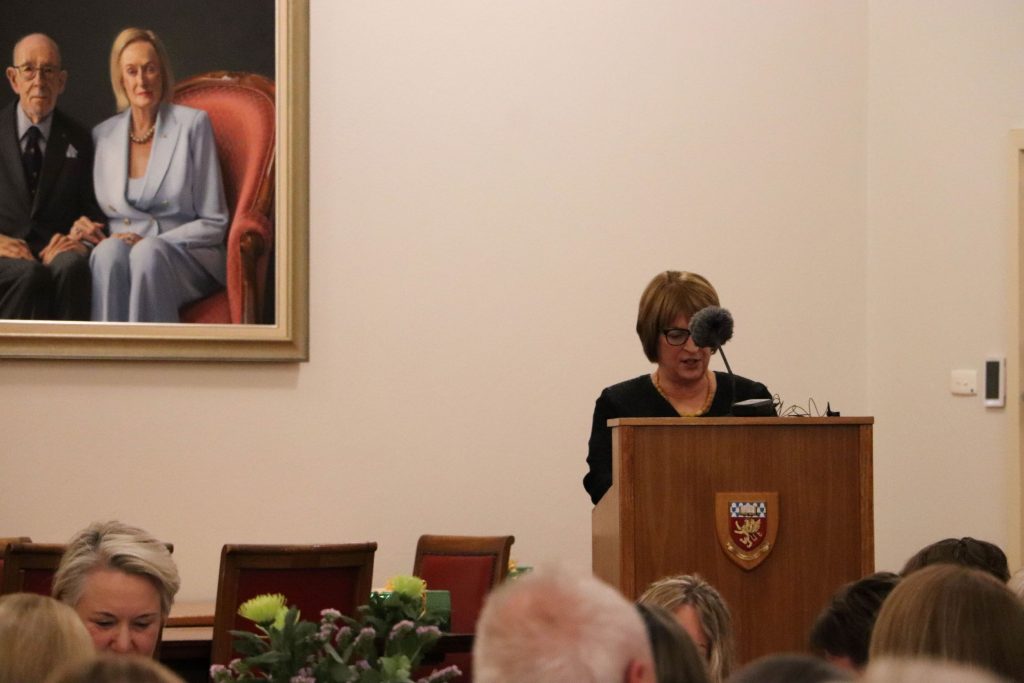 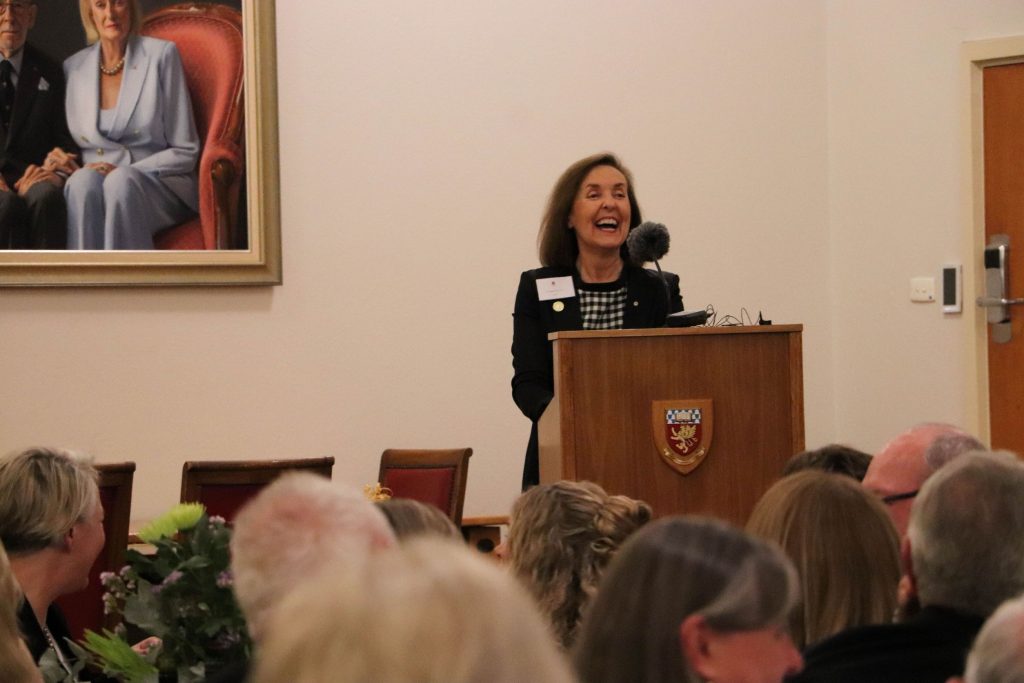 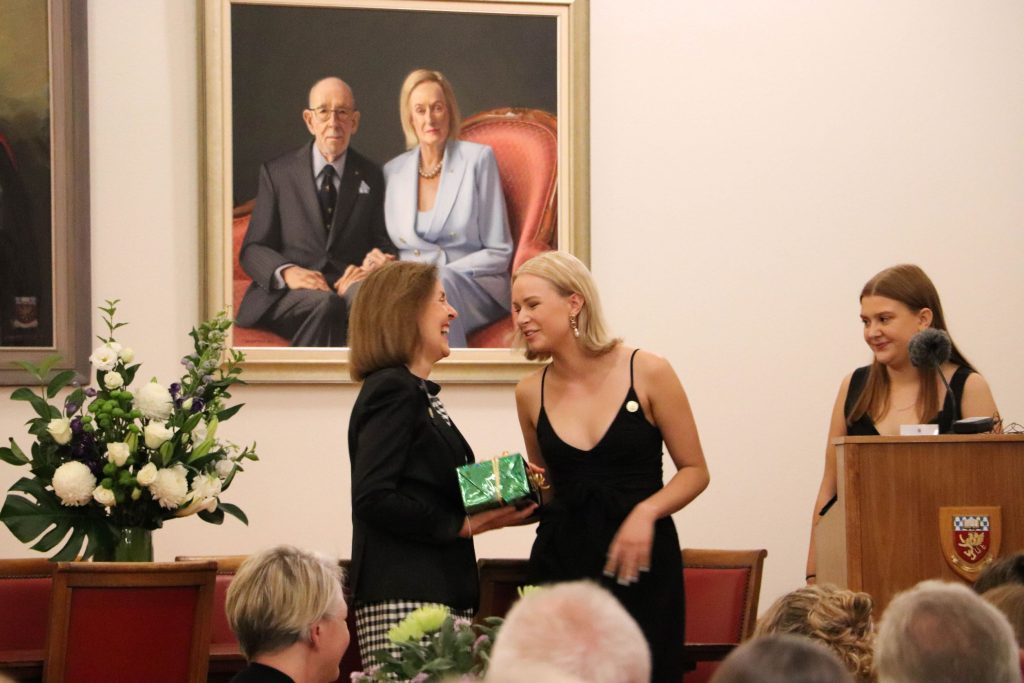 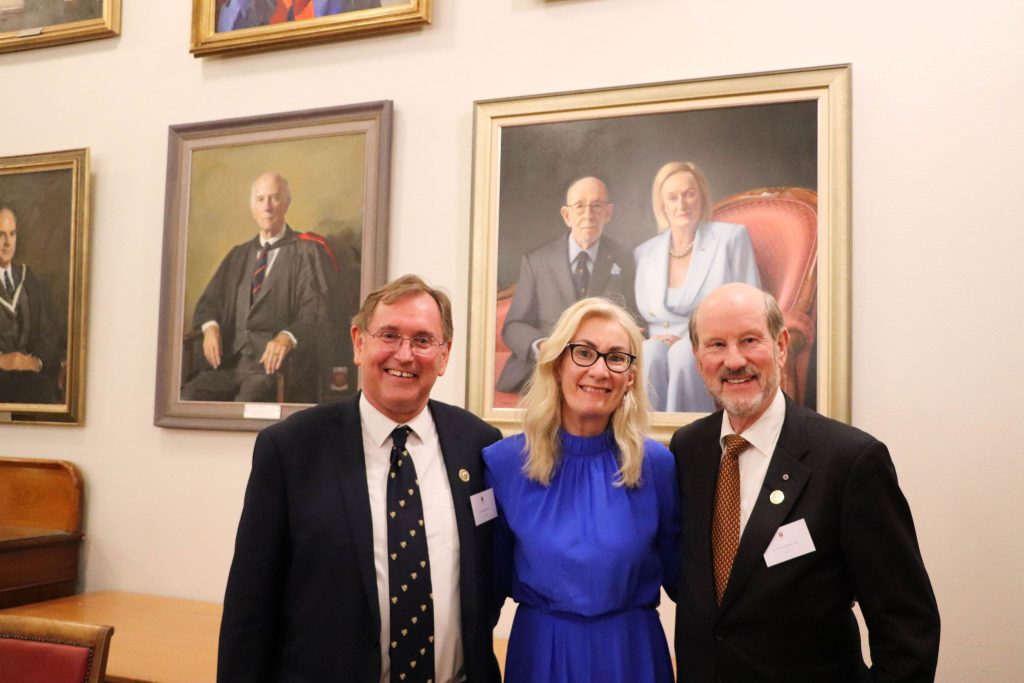 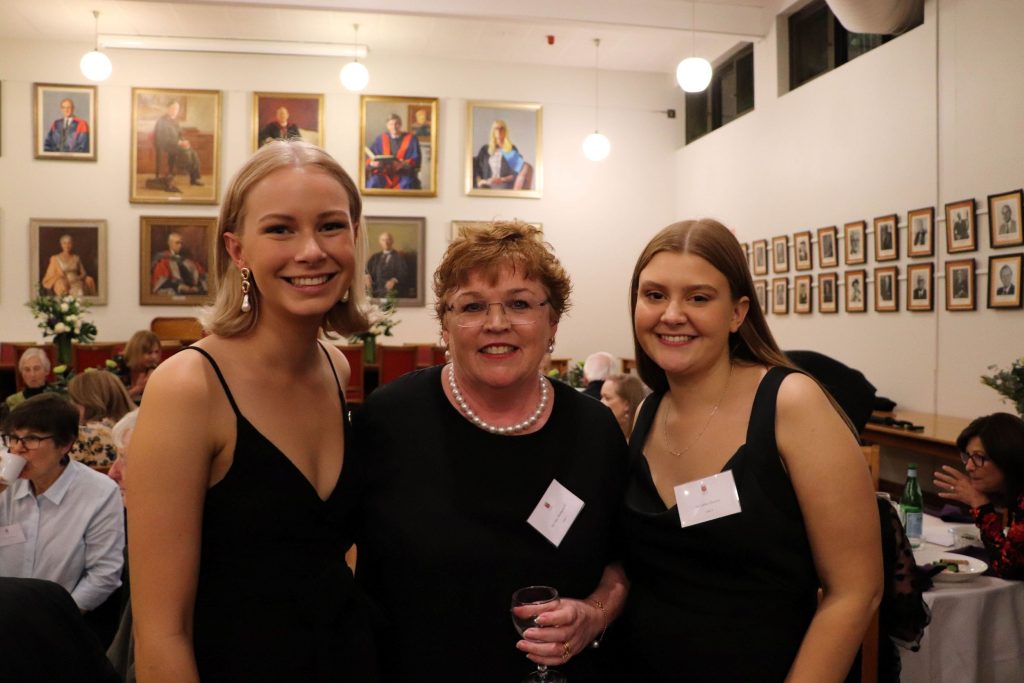 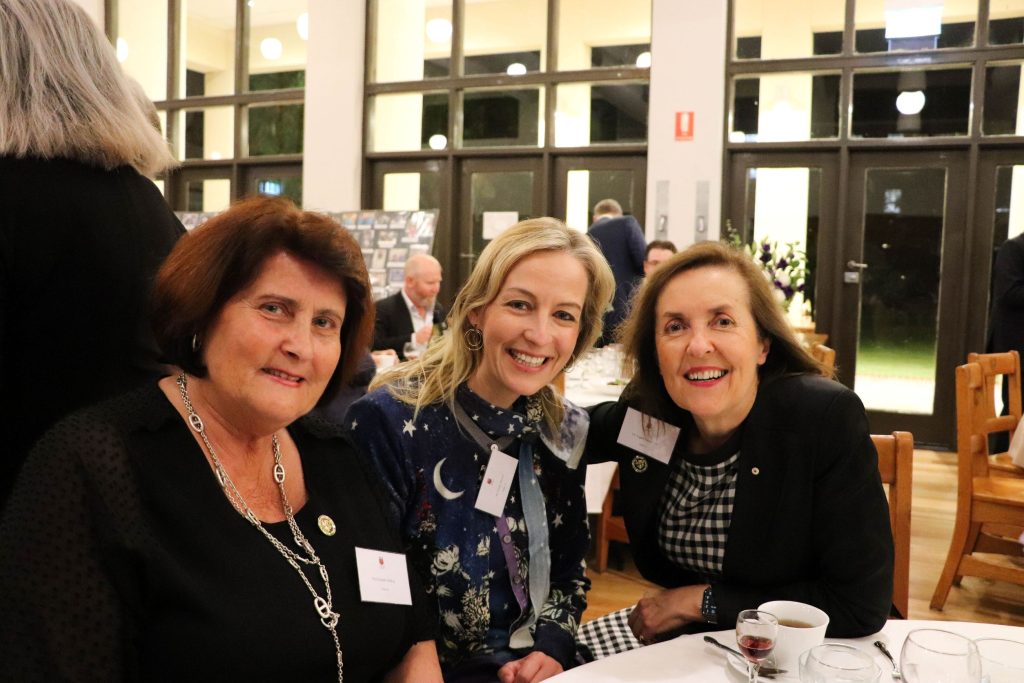 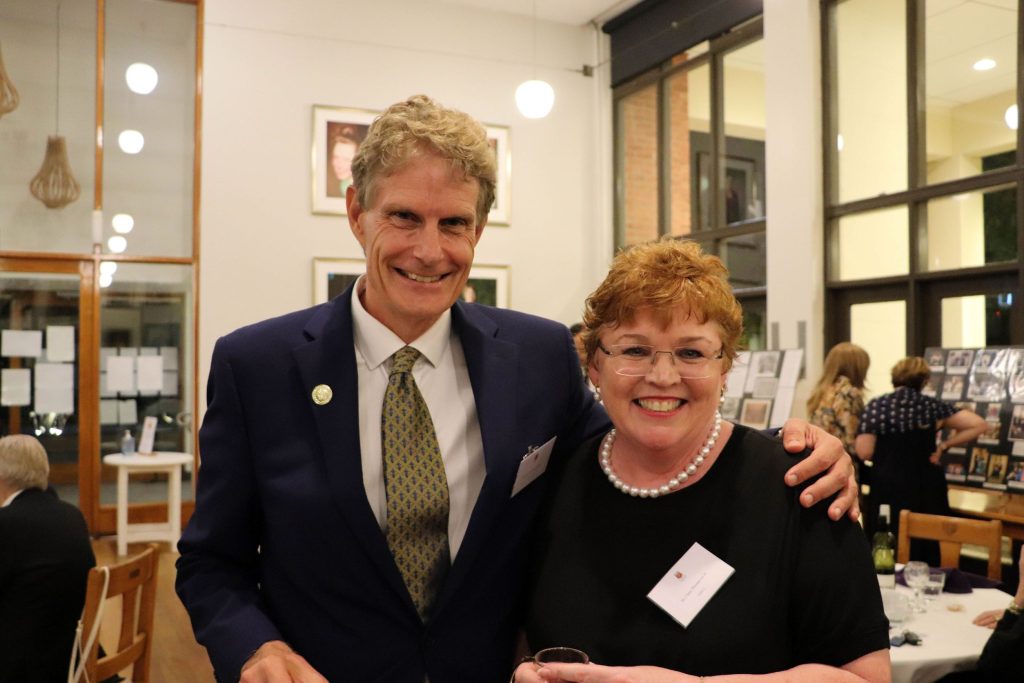 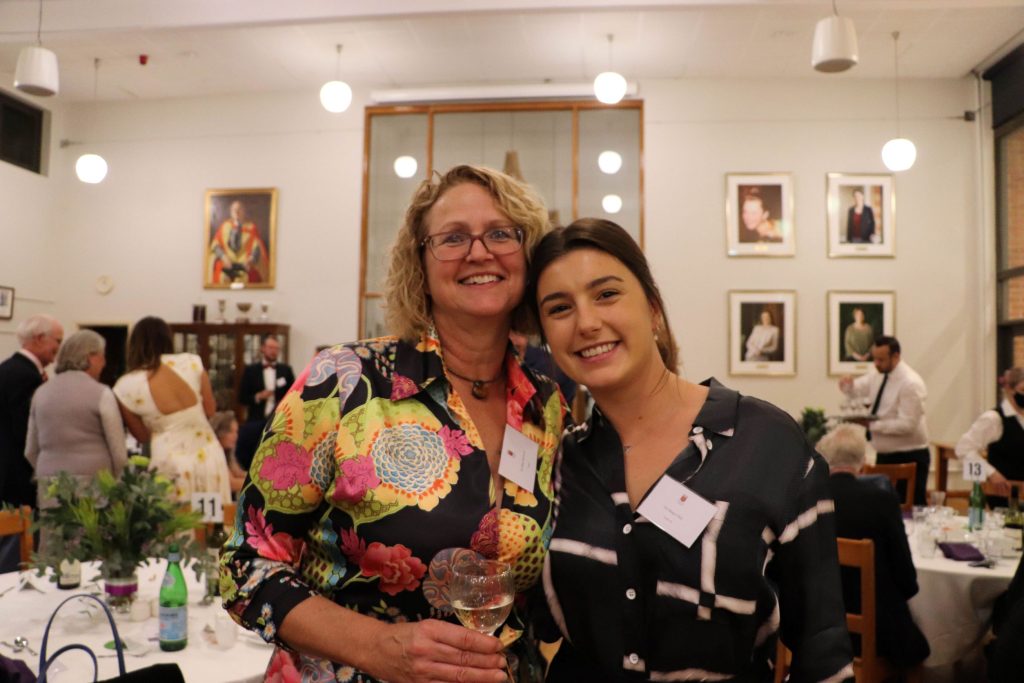 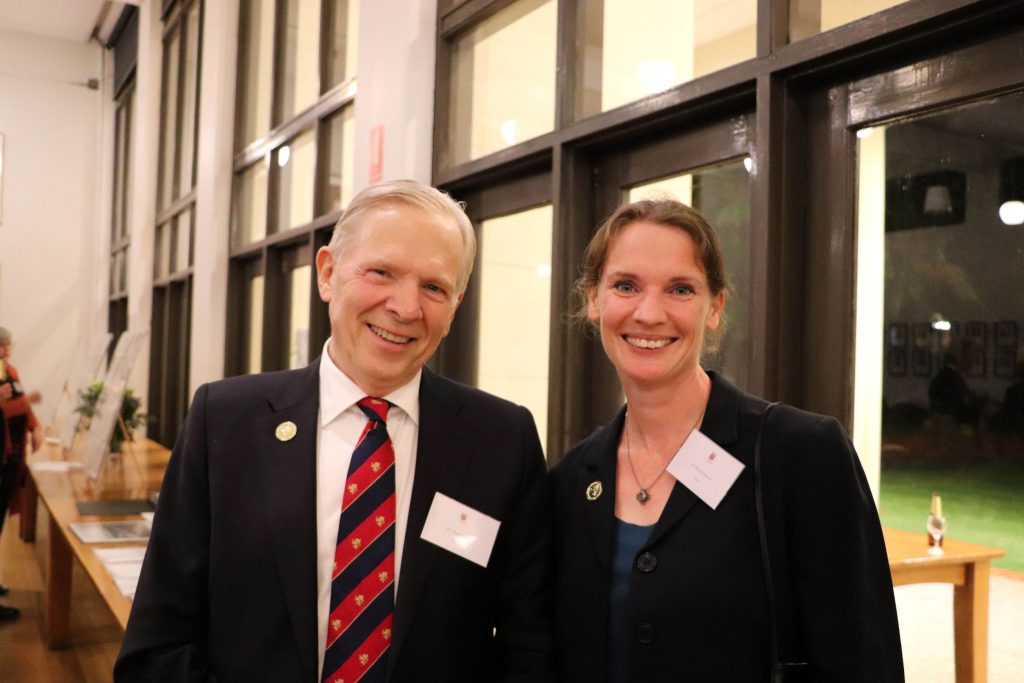 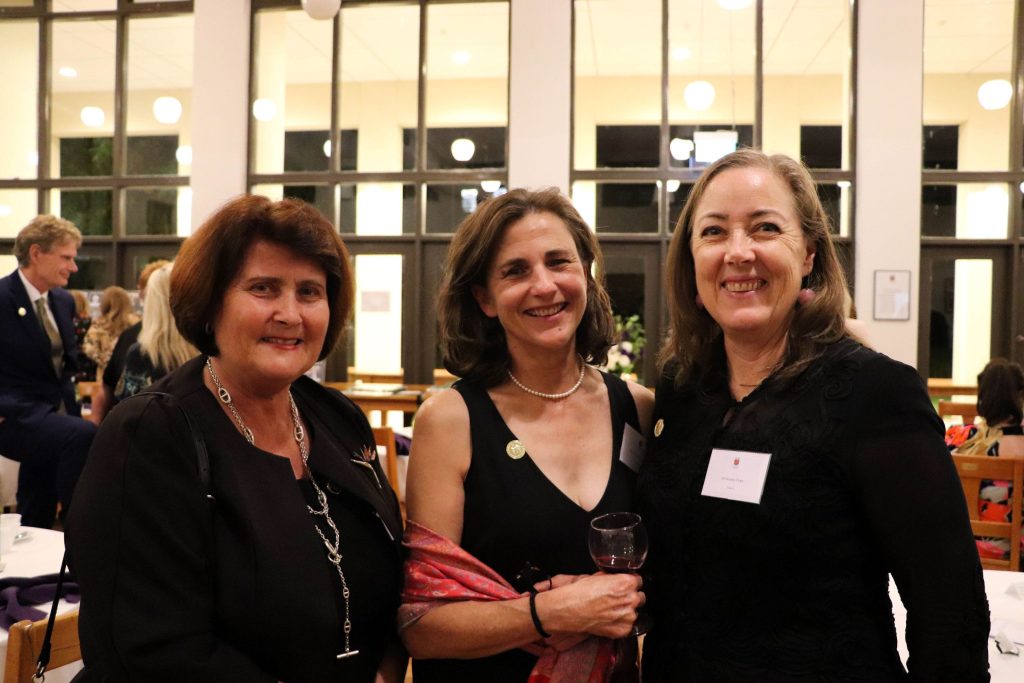 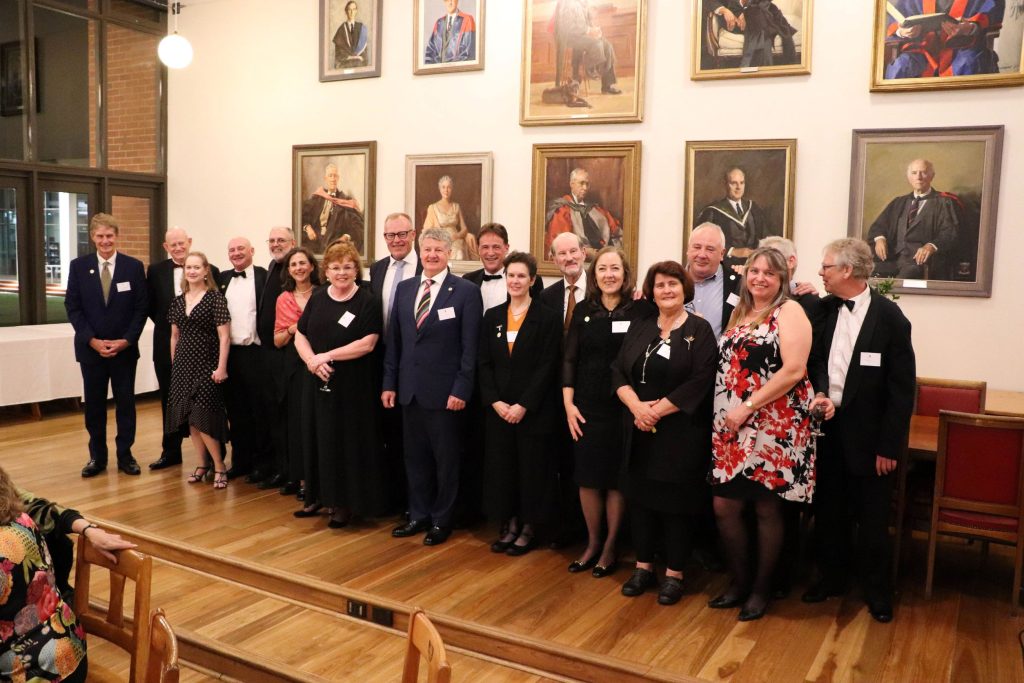 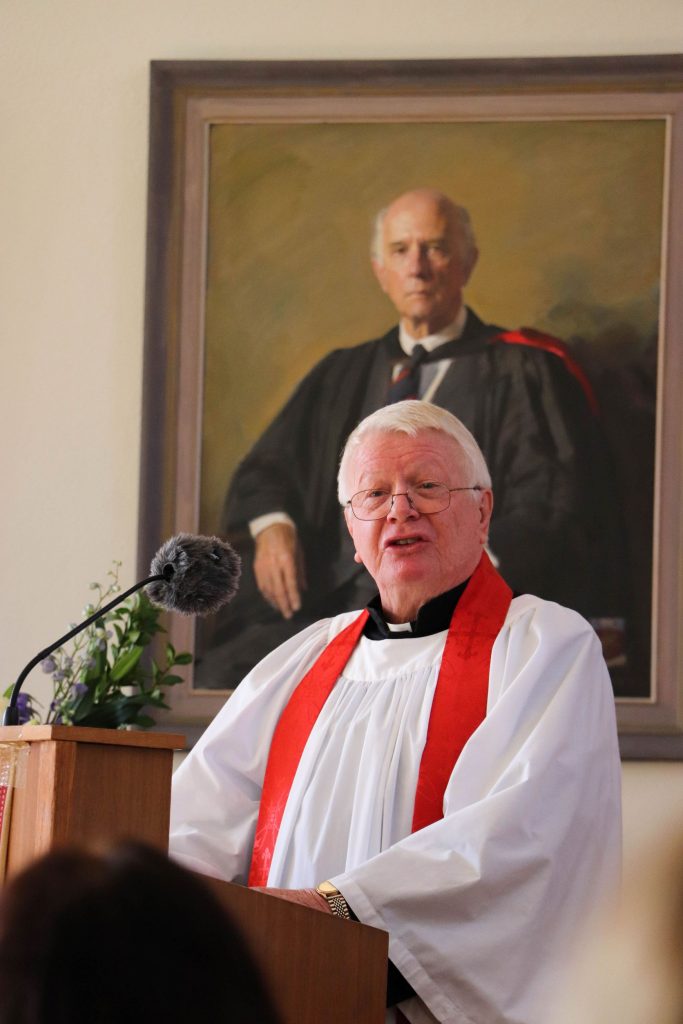 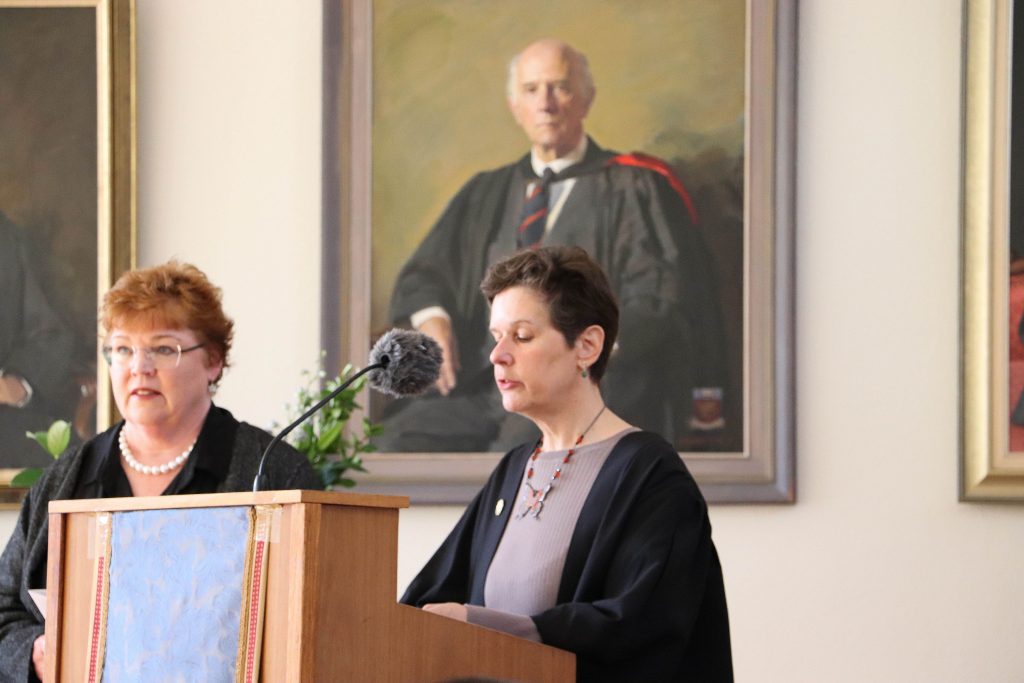 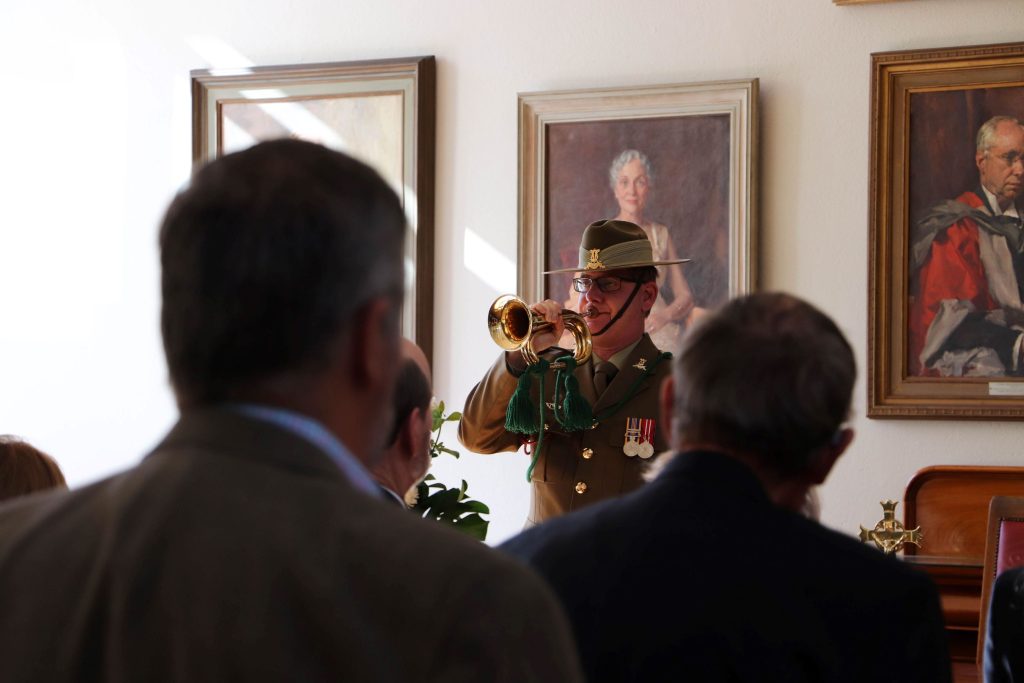 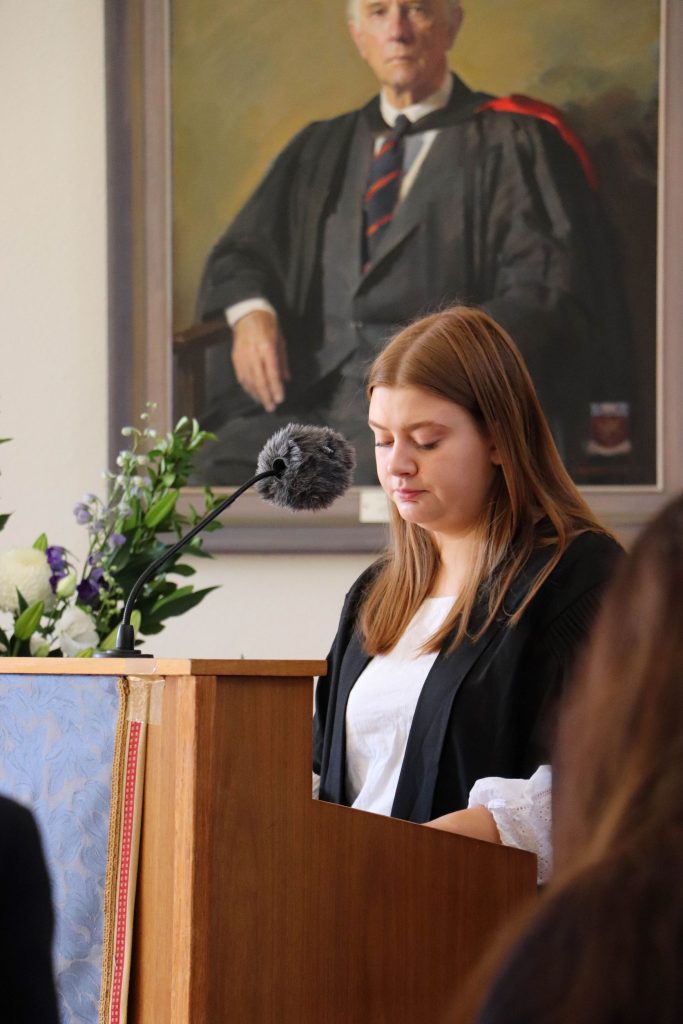