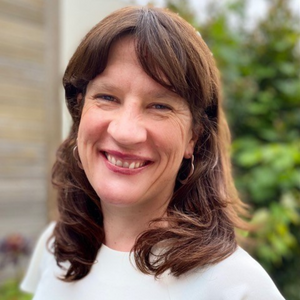 A highly acclaimed university teacher and researcher, Dr Katrina Stats commenced in the role of Director of Learning in January 2022, succeeding Dr Rachel Buxton. Katrina has most recently served as a course co-ordinator, lecturer, and tutor in the Department of History at the University of Adelaide (sessional), and as a Senior Research Assistant in the College of Humanities, Arts and Social Sciences at Flinders University.

Katrina graduated in 2003 from the University of Melbourne with First Class Honours in political science and a Diploma of Modern Languages (Swedish). Her Master of Arts by Research at the University of Melbourne was also awarded First Class Honours. Katrina has previously taught history and politics, and contributed to research projects, at various Australian universities, on Australian history, global citizenship, international relations, European politics, media studies, migration, domestic violence, and gender equality.

Katrina has been a Visiting Scholar at Columbia University in New York. Her leadership roles have included Postgraduate Officer on the Student Representative Council at the University of Adelaide in 2009. Katrina grew up in regional Victoria and, after a year as an exchange student in Sweden, was a resident student at Newman College at the University of Melbourne.

Katrina’s office is on the ground floor of Downer House, near the Junior Common Room. She has an open-door policy. If she is unavailable, you can arrange a meeting time with her at the Front Office or by sending her an email or message.

You can read more about Katrina’s appointment as Director of Learning here.