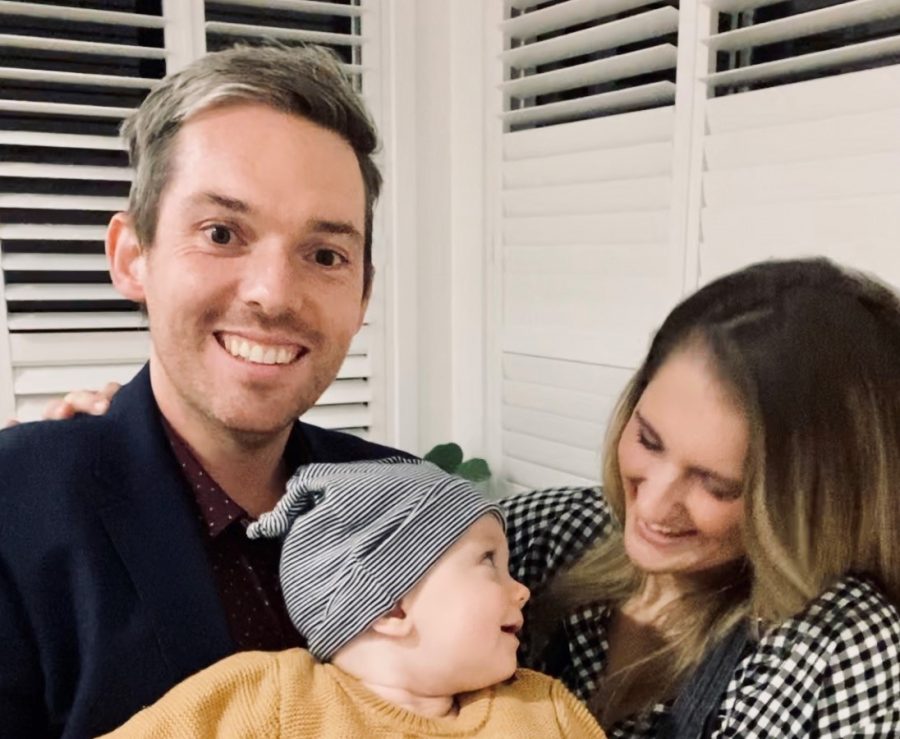 We are delighted to announce that Mr Stuart Meldrum, a psychologist and student support advisor at the University of Newcastle, has been appointed Dean of St Mark’s College with effect from late October 2020.

Stuart will succeed Professor Peter Tregear OAM, who has been appointed the inaugural Director of Little Hall, a new hall of residence at the University of Melbourne.

The position of Dean is a vital one, with responsibility for leading the day-to-day residential life of the College, engaging with students and student leaders, promoting student well-being, and upholding the values of the College.

Stuart and his wife Sarah (who also works in student services at the University of Newcastle) and their six-month-old son, Harry, will live in Walkley Cottage at St Mark’s.

Stuart has worked as a health and wellbeing coordinator for University of Newcastle student residences, and has had extensive experience as a student counsellor.

Trained and accredited by the Full Stop Foundation as a trainer for “Sex, Safety and Respect”, Stuart is part of a small team awarded the 2019 VC Excellence Award for Health, Safety and Wellbeing at the University of Newcastle. He has also undertaken the L H Martin Institute’s “Emerging Leaders and Managers Program” for higher and vocational education.

Stuart was chosen as Dean after a rigorous and highly competitive selection process which attracted over 80 candidates from around Australia and overseas, many with impressive backgrounds in various aspects of higher education, schools, or related fields.

The selection process involved conversations with student leaders as well as with current staff, and interview by a panel comprising the Chair of the College Board (Ms Linda Matthews), the Head of College (Professor Don Markwell), the Director of Learning (Dr Rachel Buxton), the Deputy Principal of Flinders Living at Flinders University (Ms Andrea Rohde), and the Director-designate of Advancement (Ms Amanda Crawley).

Professor Markwell said that Stuart’s background as a psychologist, his decade of experience in university student support directly supporting the wellbeing of students, and his experience in student residences made him superbly well suited for the role of Dean.

“We very much look forward to welcoming Stuart, Sarah, and Harry to the College in October”, Professor Markwell said.

“Stuart brings with him many years of highly relevant experience working with university students. He also possesses strong values closely aligned to those of the College, and a warmth and approachability which will enable him to establish himself quickly within the College community.”

Stuart said: “Sarah and I are excited to join the St Mark’s community. We look forward eagerly to getting to know all the students of the College, and to supporting them over the years to come.”