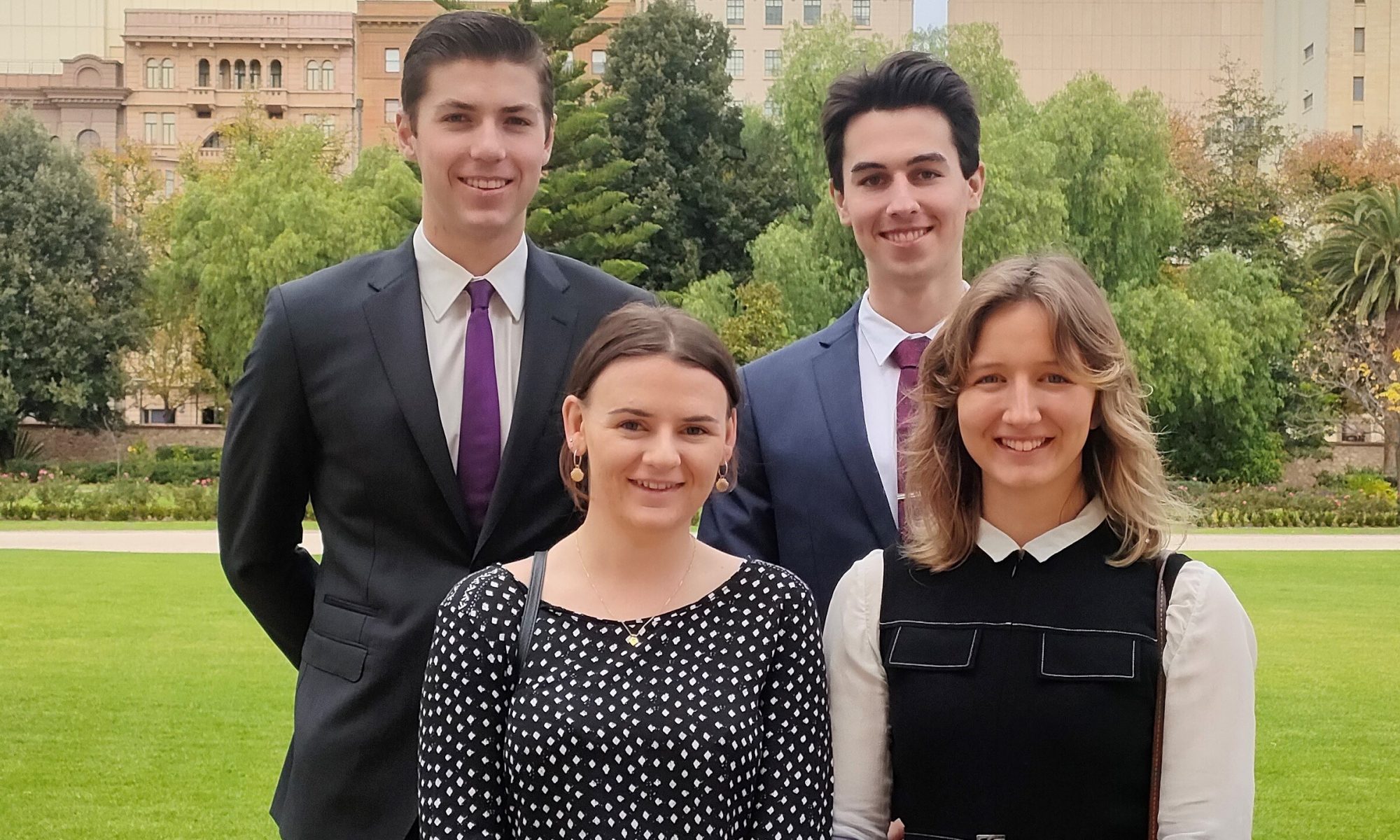 Further details of Oliver’s and Ben’s impressive credentials can be found in the media release issued by the C.A.S Hawker Scholarship Trustees, which can be found here.

All are active in College life in various ways, including Sophie as College Club President for 2021, Kaidy Morgan as a Club Committee member in 2020 and as College photographer and social media officer in 2021, Oliver Douglas as President of the Charitable Foundation, and Ben Ransom as a member of the Charitable Foundation committee. All represent the College in sport.

Since the first Hawker Scholars in 1990, some 48 outstanding students have been awarded Hawker Scholarships to be resident students at St Mark’s College. Their names are recorded on an honour board in the College’s Junior Common Room.

Three of these – Anthony Roediger, Dr Rachel Buxton, and Phillip Killicoat – have gone on to win the Rhodes Scholarship to study in Oxford, and Alex Makarowsky is now studying in Oxford as a Monash Scholar. Three Hawker Scholars are at St Mark’s today in various roles supporting our students – Rachel Buxton as Director of Learning, Kathy Radoslovich as Registrar, and Jeff Duncan as Director of Career Development. One of the first cohort of Hawker Scholars, Marc Allgrove, serves on the Board of the College.

Another St Mark’s Hawker Scholar, Dan Cregan MP, a Member of the South Australian Parliament, joined the Governor in speaking at today’s ceremony and warmly congratulating the Hawker Scholars.

Like the Governor, Mr Cregan spoke of the inspiring life of Charles Allan Seymour Hawker (1894-1938), in whose memory the Hawker Scholarships were created. A scholar, pastoralist, soldier, widely respected Member of Federal Parliament, and a person of principle and independent judgement, Charles Hawker was one of the founders of St Mark’s College and served on the College Council until his death in the Kyeema aeroplane crash of October 1938.

Mr Cregan said that in his own public life when considering major challenges he would sometimes ask “what would Charles Hawker do?”. He encouraged the Hawker Scholars to follow the example of Charles Hawker in living a full life, and committing themselves to service to the community.

Further information on the Hawker Scholarships can be found here. 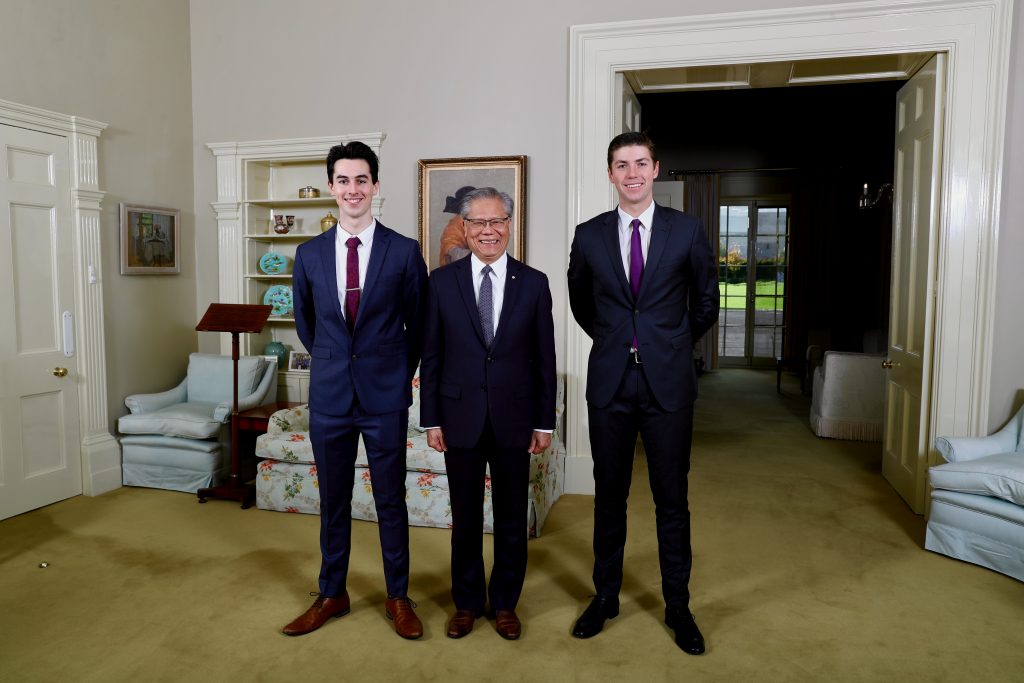 Ben Ransom and Oliver Douglas with the Governor of South Australia, His Excellency the Honourable Hieu Van Le AC, at Government House. 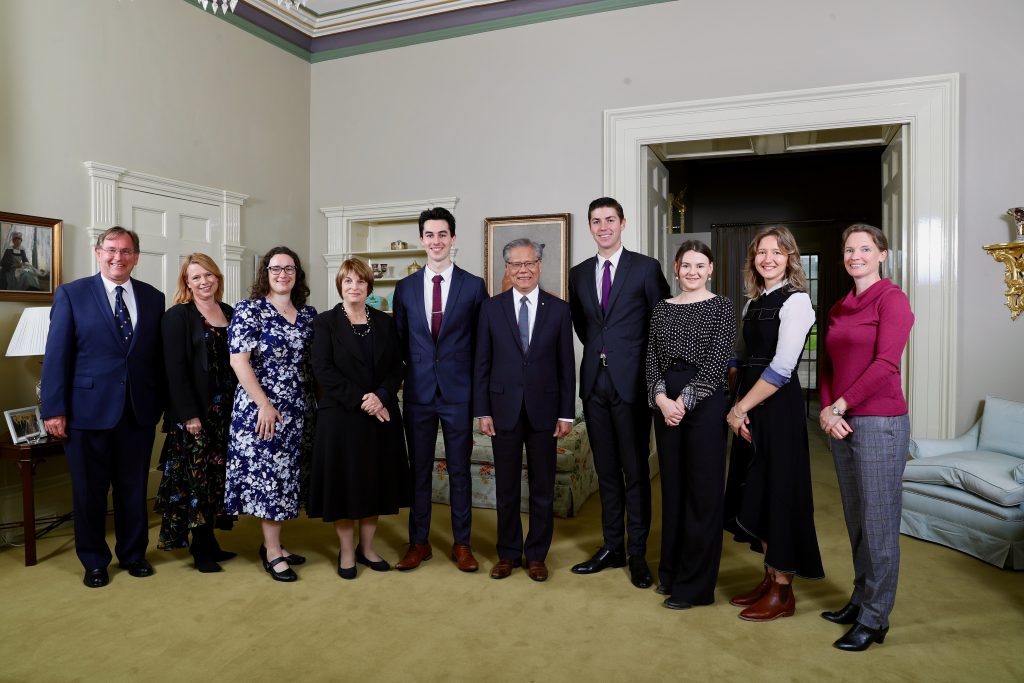