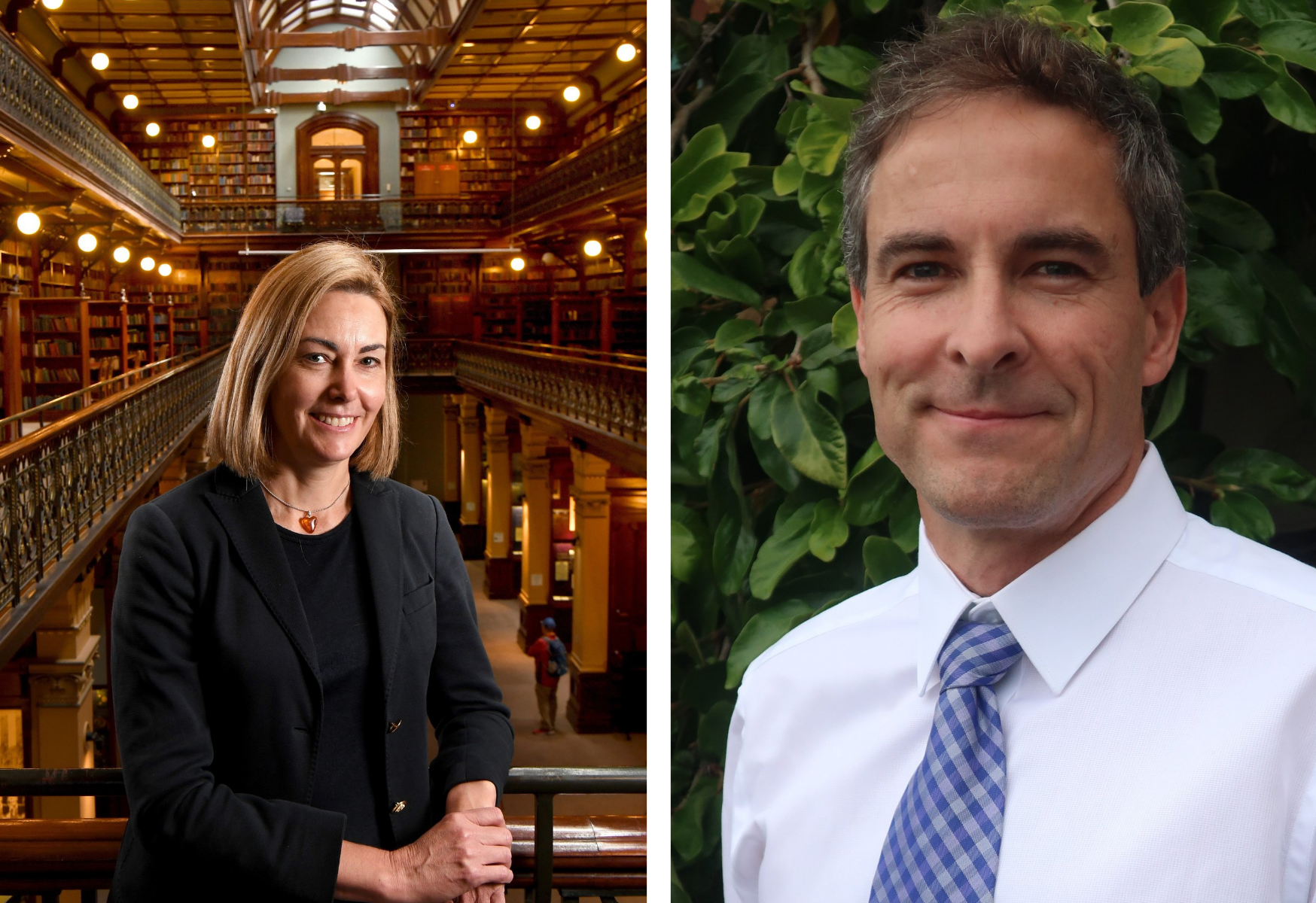 St Mark’s College has commissioned two highly regarded historians from the University of Adelaide, Associate Professor Paul Sendziuk and Dr Carolyn Collins, to write the College’s history for publication at the time of our Centenary in 2025.

St Mark’s was officially opened on 15 March 1925, following some years of planning and fund-raising. A short history of the early decades of the College was written by the founding Master, Sir Archibald Grenfell Price, and published by the College in 1967.

The history being written by Paul Sendziuk and Carolyn Collins for the College’s Centenary in 2025 will draw on the College’s substantial archives and publications, oral histories, other input from Old Collegians and friends of the College, and other sources. It will be extensively illustrated.

Associate Professor Paul Sendziuk teaches Australian history at the University of Adelaide. He has particular expertise in the histories of Australian immigration, labour, public health and disease.

He is the author or editor of five books, including A History of South Australia (Cambridge University Press, 2018), which was awarded the Keain Medal by the Historical Society of South Australia, and In the Eye of the Storm: Volunteers and Australia’s Response to the HIV/AIDS Crisis (UNSW Press, 2021), joint winner of the Oral History Australia Book Award. He has also written nearly 40 scholarly journal articles, book chapters and encyclopaedia entries on topics related to Australian history and the teaching of history.

Paul has appeared on television and radio programs such as Who Do You Think You Are? (SBS TV) and Aussie Inventions that Changed the World (Foxtel). For four years, he also co-hosted an Australian history segment on Carole Whitelock’s afternoon ABC radio program.

Paul has an abiding interest in university residential colleges, having lived at three of them: as an undergraduate student at St Thomas More College in Perth, as a resident tutor at Newman College in Melbourne, and as a Scholar in Residence at St Mark’s College in Adelaide in 2005.

Author and historian Dr Carolyn Collins is co-author of Trailblazers: 100 Inspiring South Australian Women (Wakefield Press, 2019) and co-editor (with Paul Sendziuk) of Foundational Fictions in South Australian History (Wakefield Press, 2018). Her most recent book, Save Our Sons: Women, Dissent and Conscription During the Vietnam War (Monash University Press, 2021), was shortlisted in the 2021 Victorian Community History Awards. Her doctoral thesis on the same topic was awarded the University of Adelaide’s Doctoral Research Medal.

Carolyn is a member of the South Australian Working Party of the Australian Dictionary of Biography and a committee member for Oral History Australia (SA/NT), and edits the Journal of the Historical Society of South Australia.

Paul and Carolyn have collaborated numerous times, having co-edited Foundational Fictions in South Australian History and written scholarly journal articles together. They are currently writing a social history of working life and workplace culture at General Motors Holden in the post-World War II period, which includes recording the life stories of 100 former Holden workers for the National Library of Australia.

Paul and Carolyn will seek input from Old Collegians and friends of the College on their experiences of St Mark’s. An invitation to provide input will be posted on the College website and included in the College e-newsletter early in 2022.