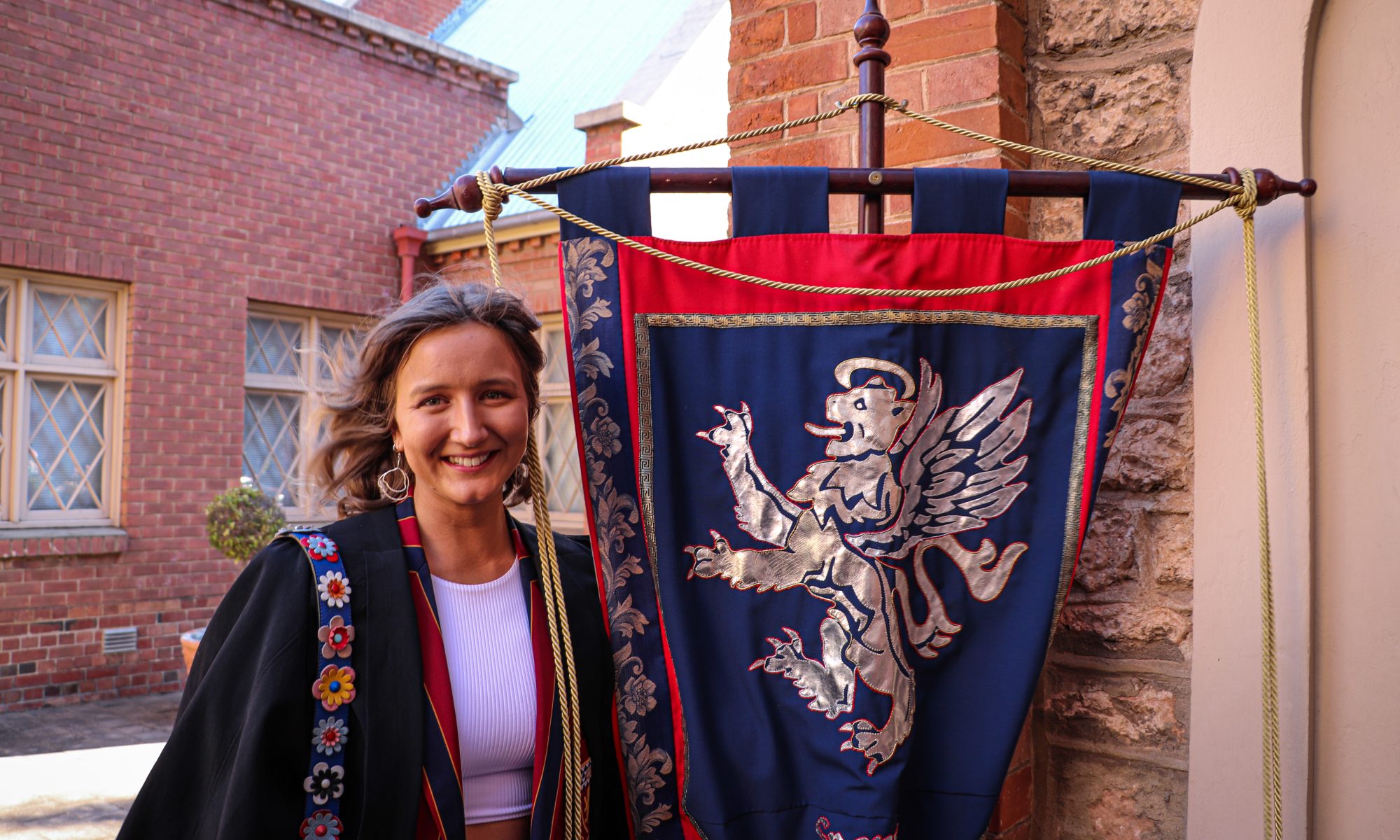 A year of superb student achievements – academic, sporting, cultural, and in community service – has been recognised with awards presented at the College’s recent Final Dinner.

The Final Service and Dinner on Saturday 30 October were the climax of a jam-packed Term 4. A Quiz Night run by the Charitable Foundation raised a record sum for charities. Old Collegian and entrepreneur David Rohrsheim gave a fascinating talk on how his experience at St Mark’s helped equip him with the skills to bring Uber to Australia, and former Defence Minister Christopher Pyne spoke compellingly on Australia’s strategic position. A “Mark’s Day Out” music festival on the tennis courts was a great opportunity for students to relax before exams, the Variety Evening (or College Revue) featured sparkling skits – and there was much more!

Having been equal first in the High Table Cup for some time, the College ended the year narrowly behind St Ann’s (in first place) and Aquinas, after securing third place in the Table Tennis and in the Athletics. In both of these sports (as throughout the year), the College competed with energy and commitment, and with some outstanding individual performances – including from Kira McMahon, who set a new record in the women’s 200m.

A highlight of October was the election (for the first time through electronic voting) and the appointment of an impressive team of student leaders for 2022. These came in the days after a fun “Leadership Dinner” in the Learning Commons at which the Head of College (Professor Don Markwell) enthusiastically thanked the student leaders of 2021 for their exceptional leadership and service to the College this year.

This theme of gratitude continued at the College’s Final Service at Christ Church North Adelaide – attended by the Premier, the Hon. Steven Marshall MP, and including performances by the College choir and music student Elinor Warwick on violin – prior to the Final Dinner.

Both the Chaplain (the Rev’d Grant Moore) and Professor Markwell spoke in the Service on the importance and benefits of gratitude.

“We have so much to be grateful for”, Professor Markwell said. (His address is here.)

Looking back on 2021, Professor Markwell said that he was “grateful for – and proud of – all that our students have achieved this year –

“I am grateful for the outstanding student leaders of 2021 who have worked so hard and so well to make this year a special one for each and every student of St Mark’s.

“I am grateful also for the outstanding staff who have also worked with such commitment to support our students, including in their academic studies and their personal wellbeing.”

Looking ahead to 2022, Professor Markwell said that he was “grateful and excited

Professor Markwell said that he was “grateful also for the scholarships and bursaries which enable students to be at St Mark’s who otherwise could not, or would face much more daunting financial challenges”.

Speeches by student leaders at the Final Dinner reflected their great affection for the College “family” to which they owe so much, and the sadness of farewell of those who are leaving the College – leaving with happy memories and life-long friends.

A toast to the students leaving the College was proposed by the College Club President for 2022, Caitlin Glascott, to which student leaders Kaidy Morgan and Aidan Jones responded highly entertainingly on behalf of “the Leavers”.

The toast to the College was proposed in a most moving speech by Sophie Ludbrook, who was later presented with the Collegians’ Prize by the President of the Old Collegians’ Association, Mr Michael van Dissel. The Collegians’ Prize is awarded (following a rigorous selection process involving student leaders and staff) to a student who has made the most outstanding contribution to the College, their university, and the wider community over a period of years.

The Final Dinner again saw the award of the Lilias Needham Medal for Service to a student who has given “an outstanding example of selfless service – of acting in a generous spirit for the good of others rather than for their own glory”.

The medal is named for Lilias Needham (1900-75) who, as well as enabling the creation of the prestigious Hawker Scholarships, was an extremely generous benefactor to St Mark’s College, including making possible the purchase of the house named in memory of her brother C. A. S. Hawker – but who insisted there be no public recognition of her generosity in her lifetime.

The 2021 Lilias Needham Medal for Service was awarded to Alice McKenzie, a third-year Bachelor of Science (Animal Behaviour) student who has served as Secretary of the College Club this year, and as the College Club’s Merchandise Officer last year.

Commendations and colours were awarded to:

Academic commendation for fourth year and above:

Academic Colours for fourth year and above:

Special mention was made of the outstanding academic achievement of Gemma Nunn, who had completed her degree mid-year.

This year also saw many fine individual sporting performances, which were recognised by the College Club with these Club colours, announced at the Final Dinner by the Sports Officers, Eliza Lee and Abraham Tuckwell:

The College Club also recognised other student achievements with these Club colours:

Students who were graduating (or completing their degrees) at the end of the year were recognised with presentation to them by the Head of College of College banners. These students are:

Adam Feder and Gemma Nunn, both Bachelor of Agricultural Sciences students, had completed their degrees mid-year.

The Head of College, Professor Don Markwell, again warmly thanked all student leaders who had served the College during 2021, and made presentations to the most senior appointed student leaders: the Senior Academic Tutor, Niamh Jones, and the Assistant Deans, Kate Beltakis and Ashlee Nichol.

As we look back with gratitude on all that our students achieved in 2021, we also look ahead to 2022 with great optimism. Congratulations to the St Mark’s students of 2021 on a year to be proud of, and best wishes for the year ahead! 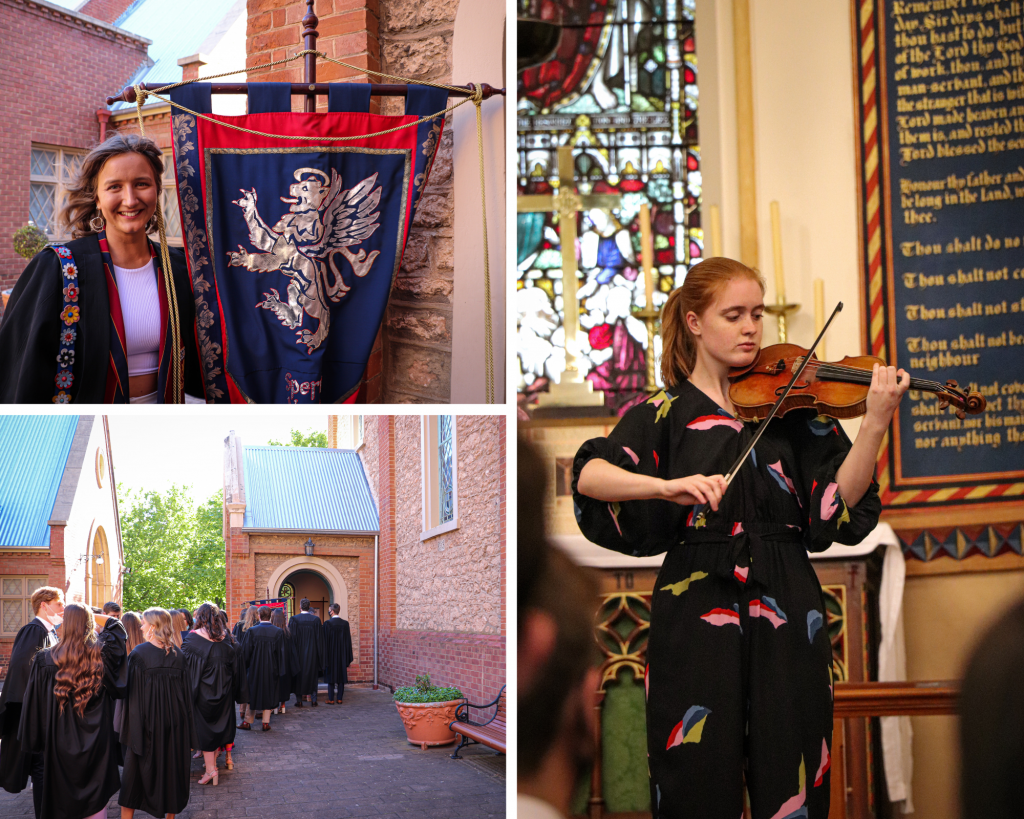 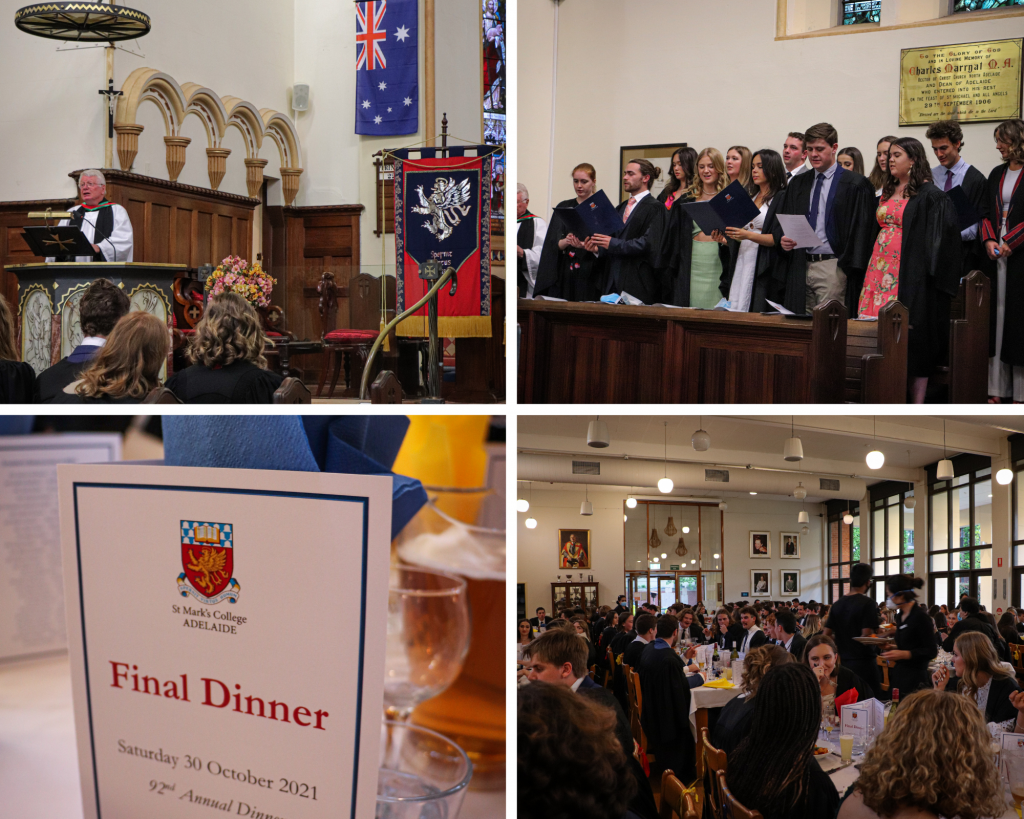 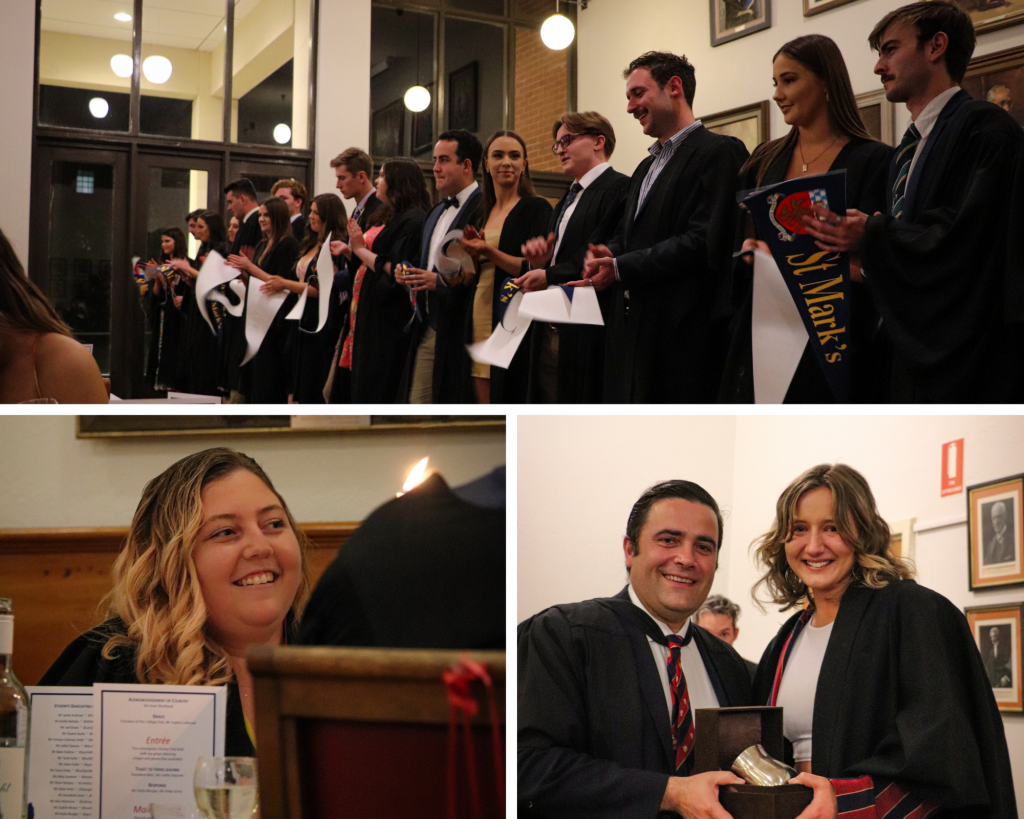 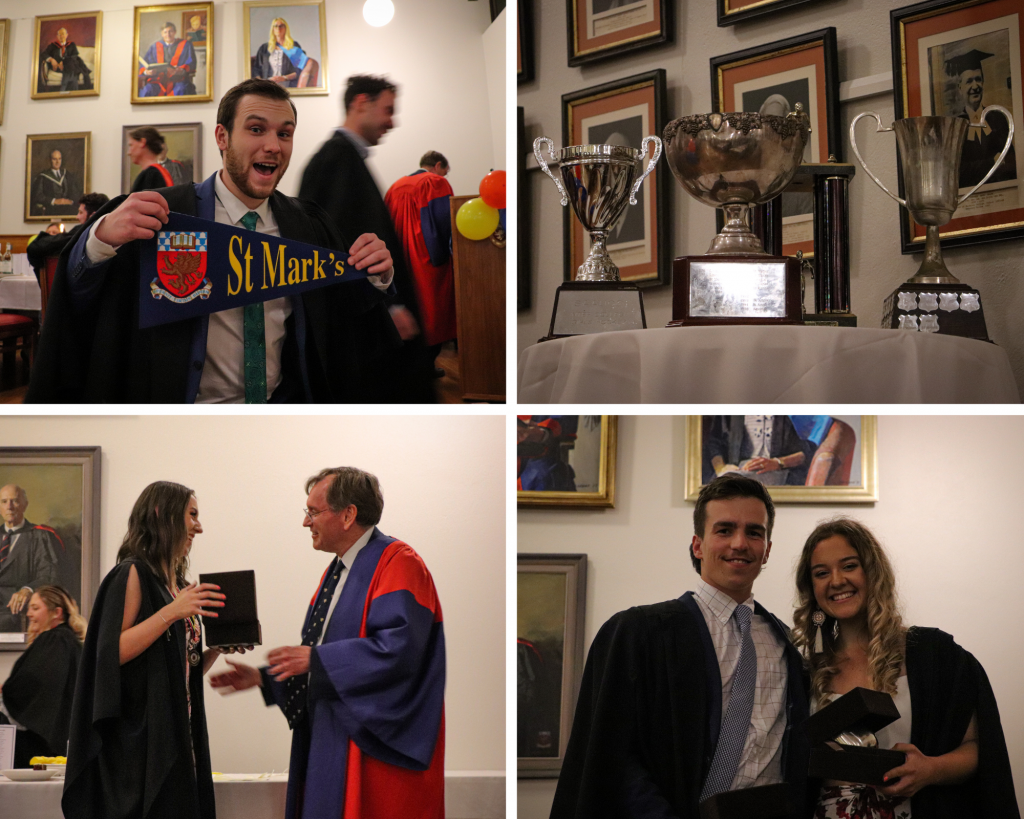 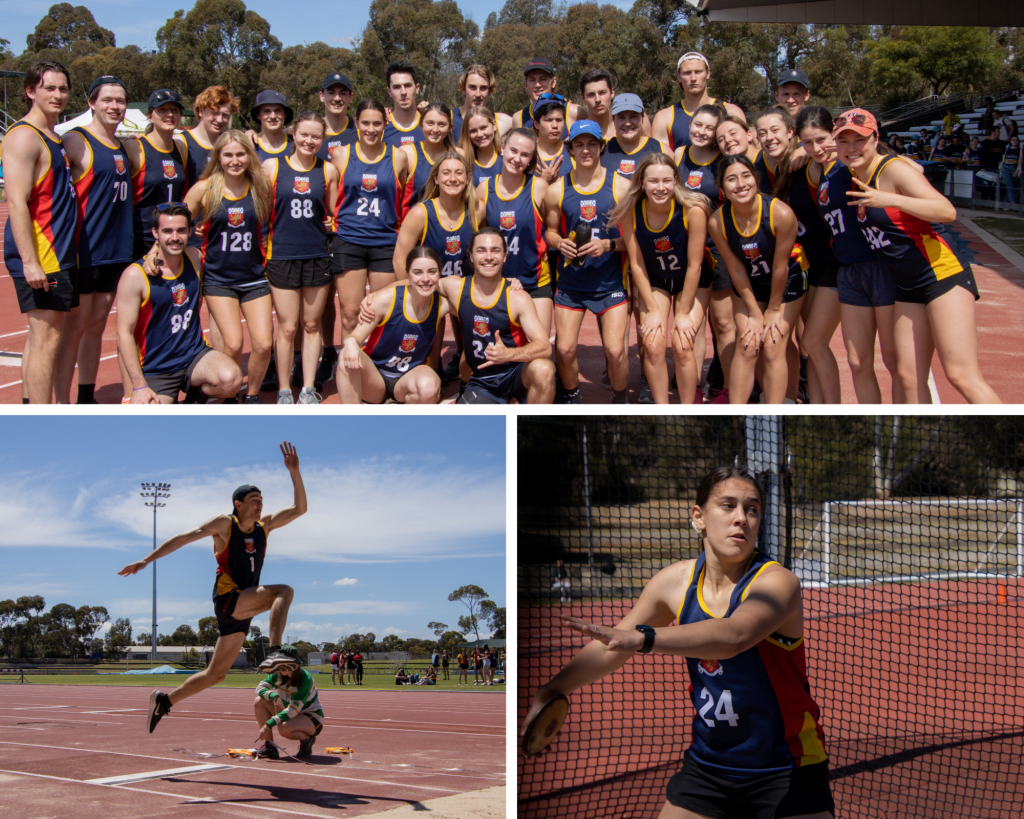 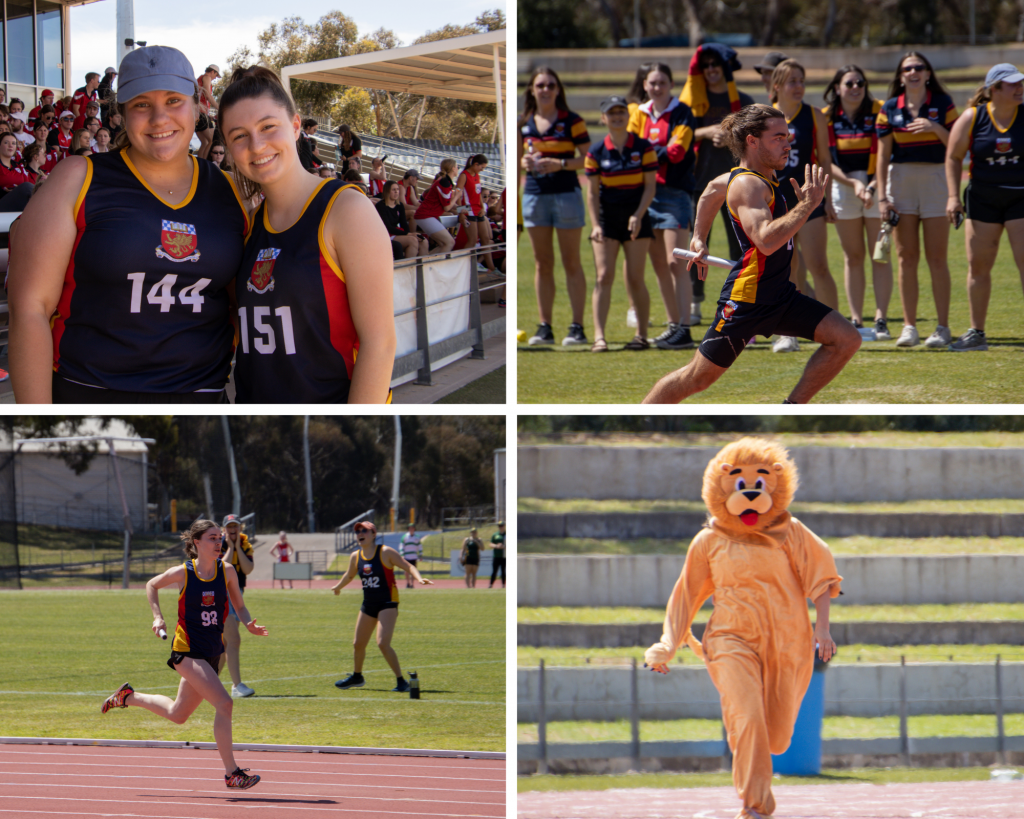 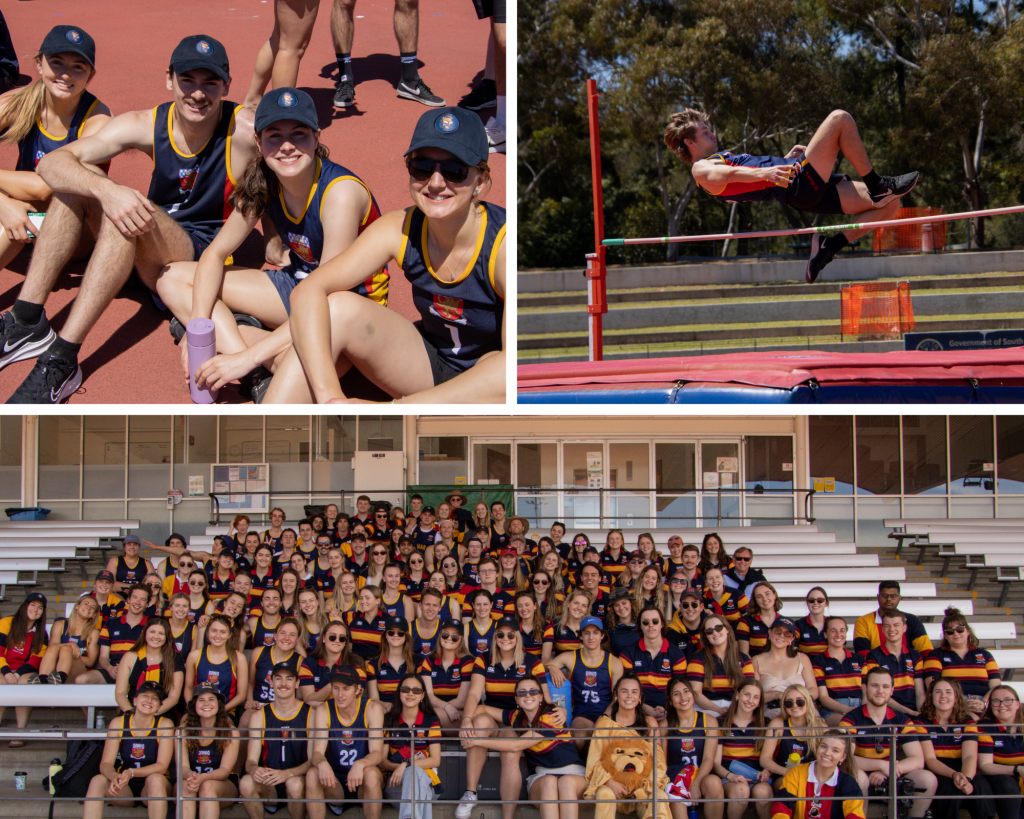 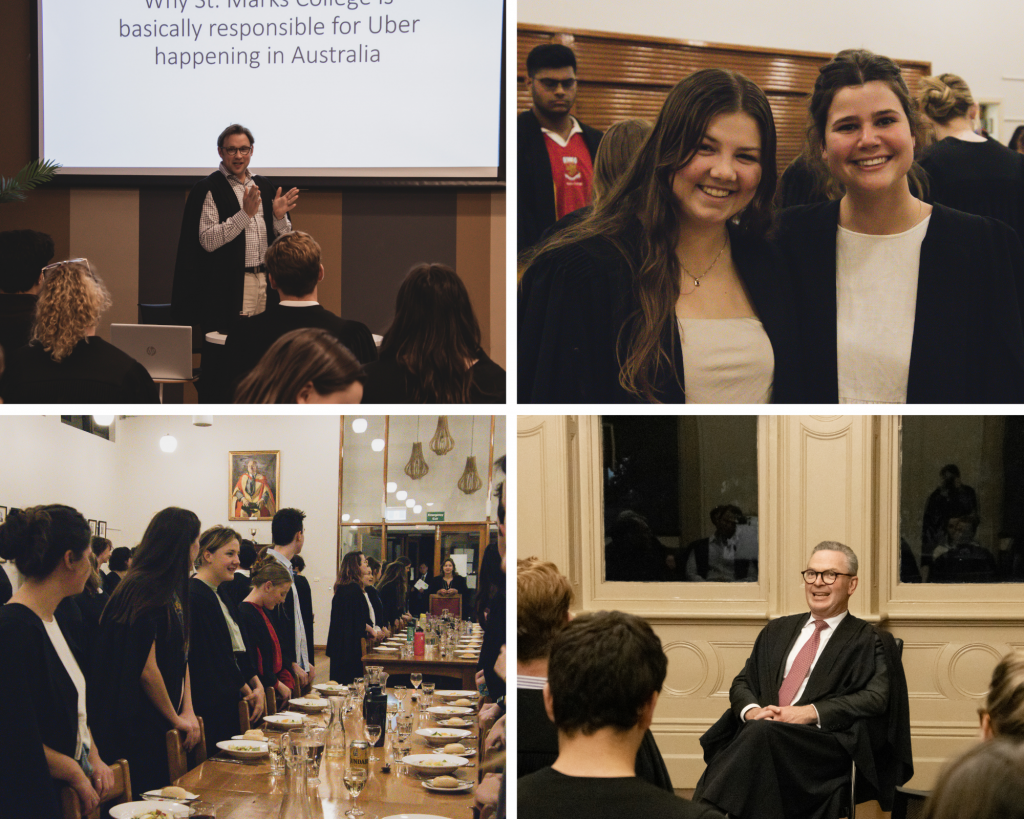 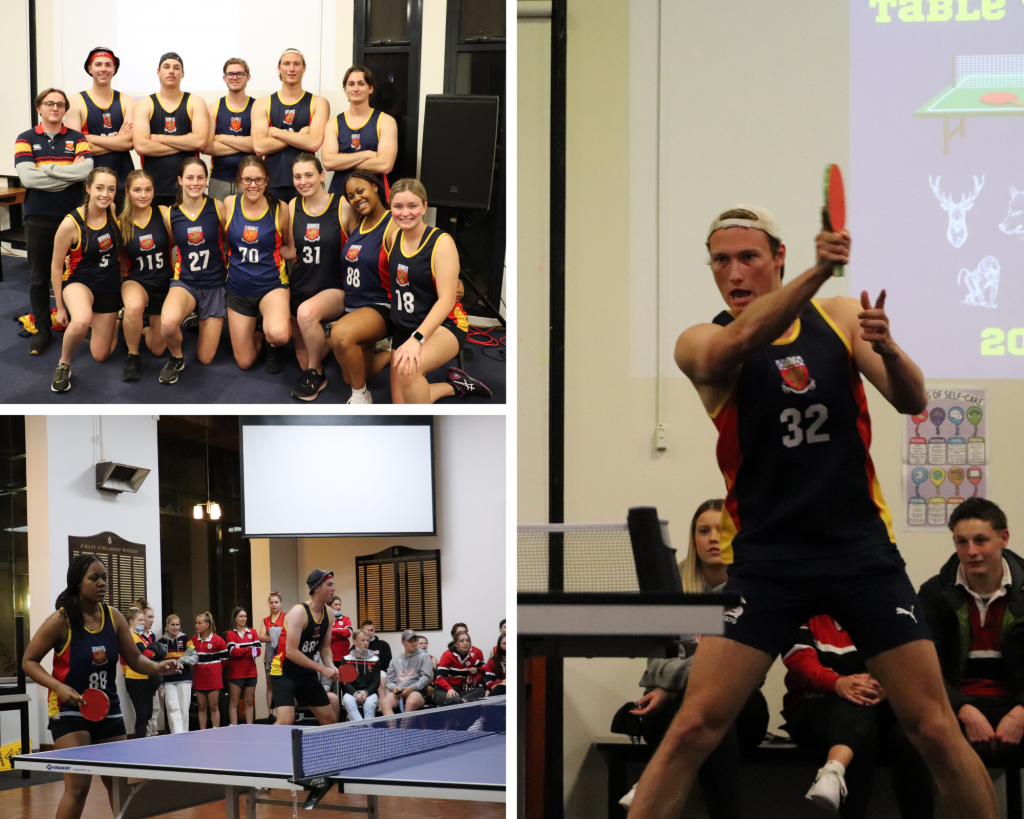 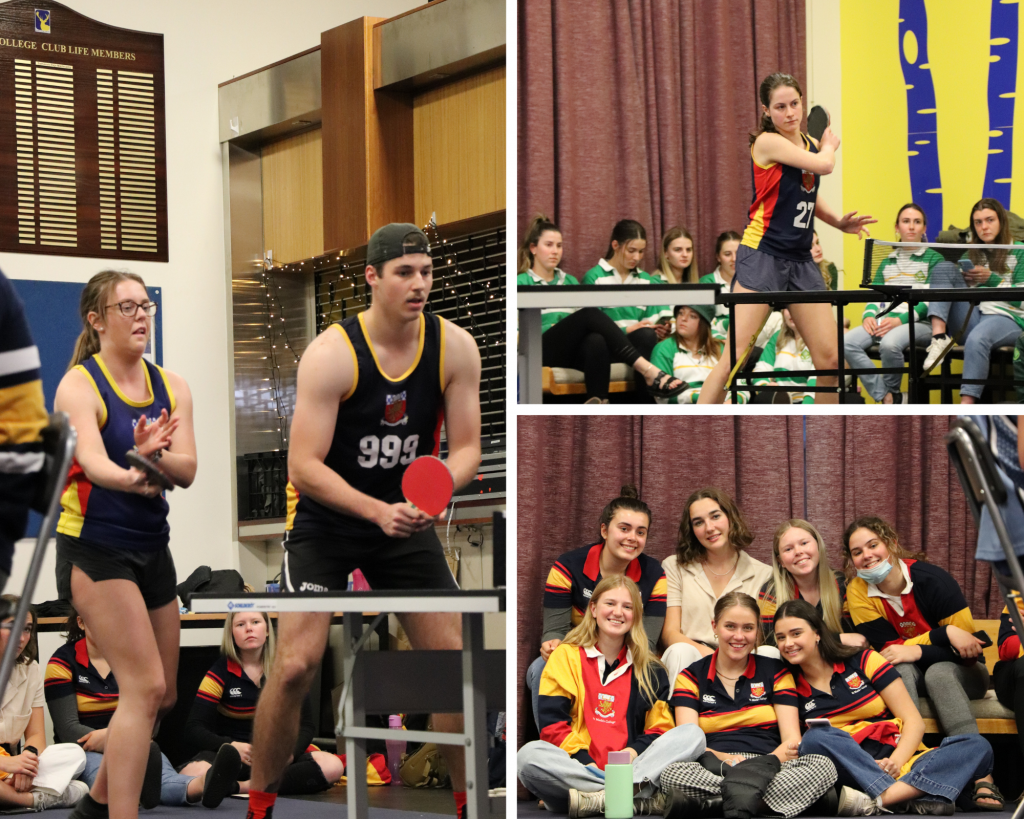 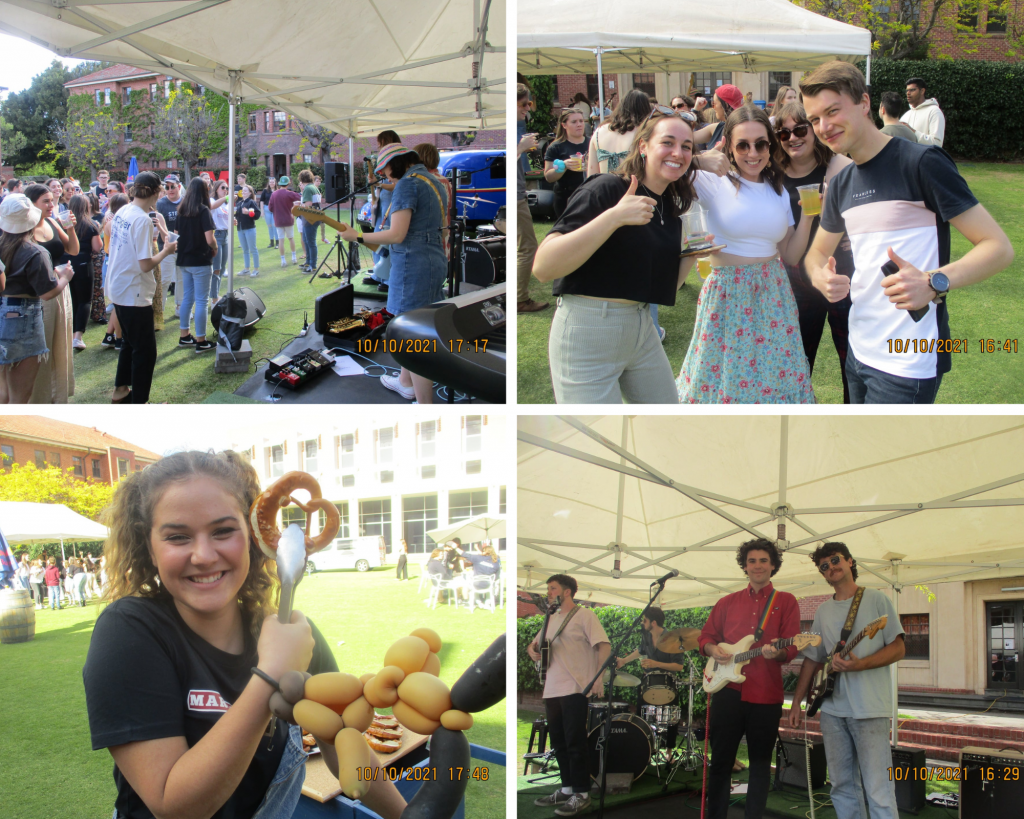 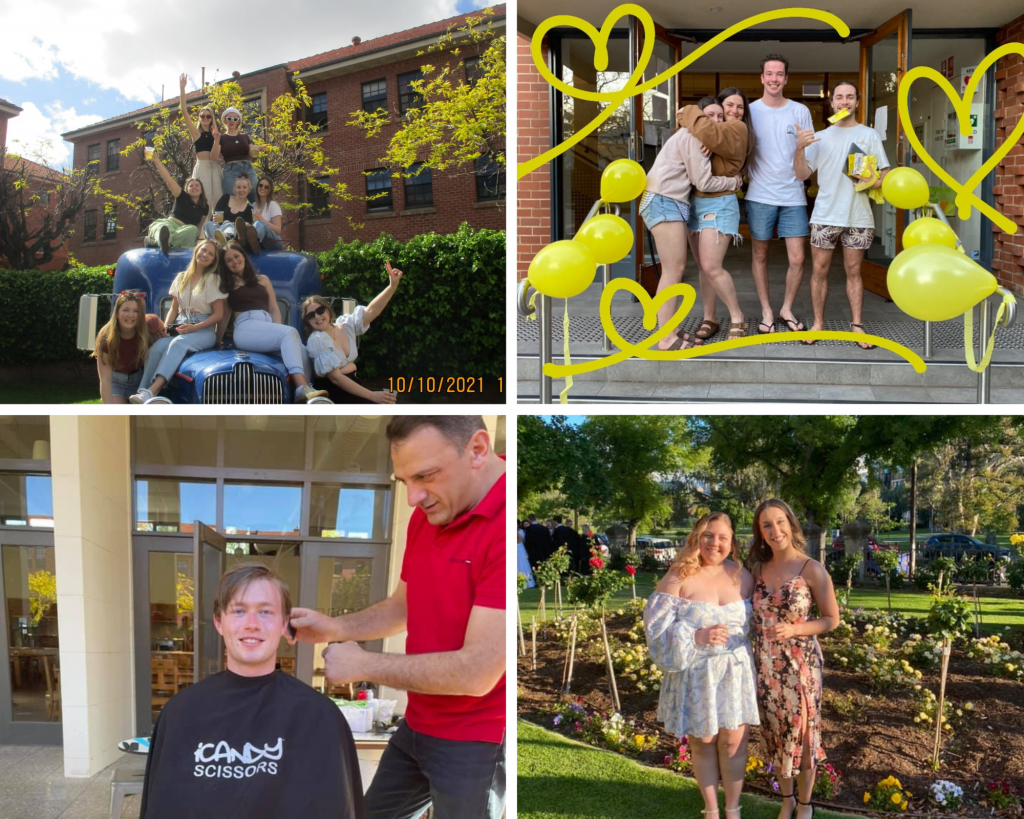 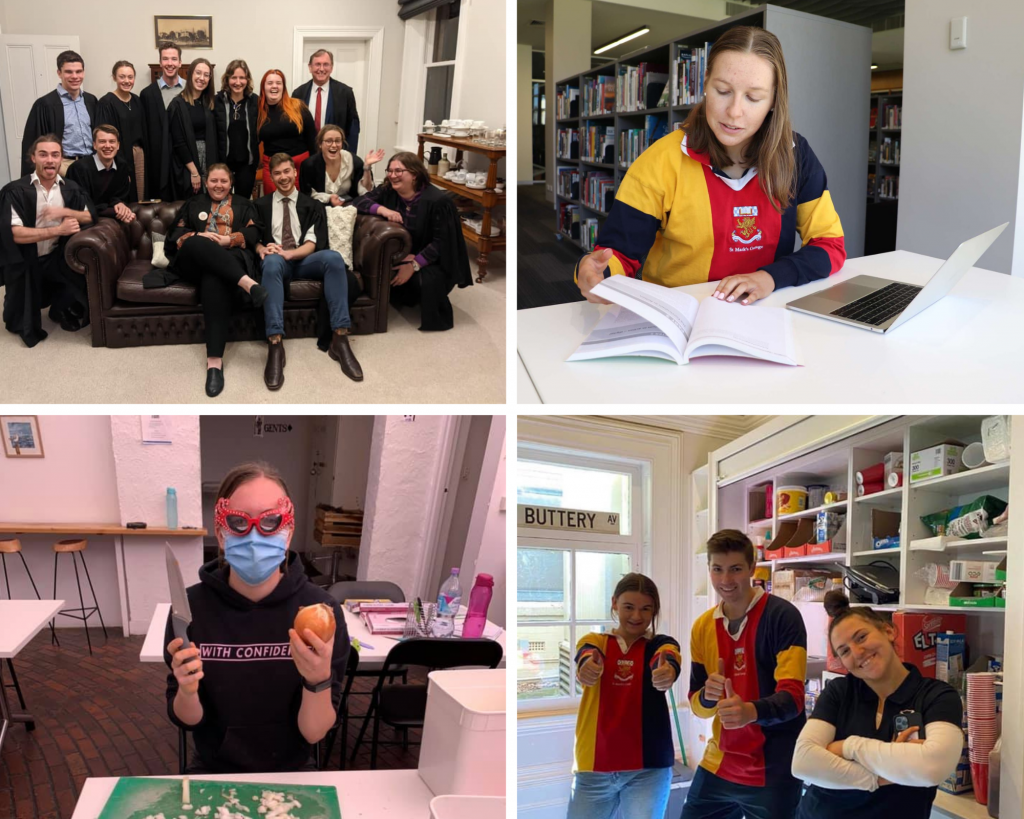 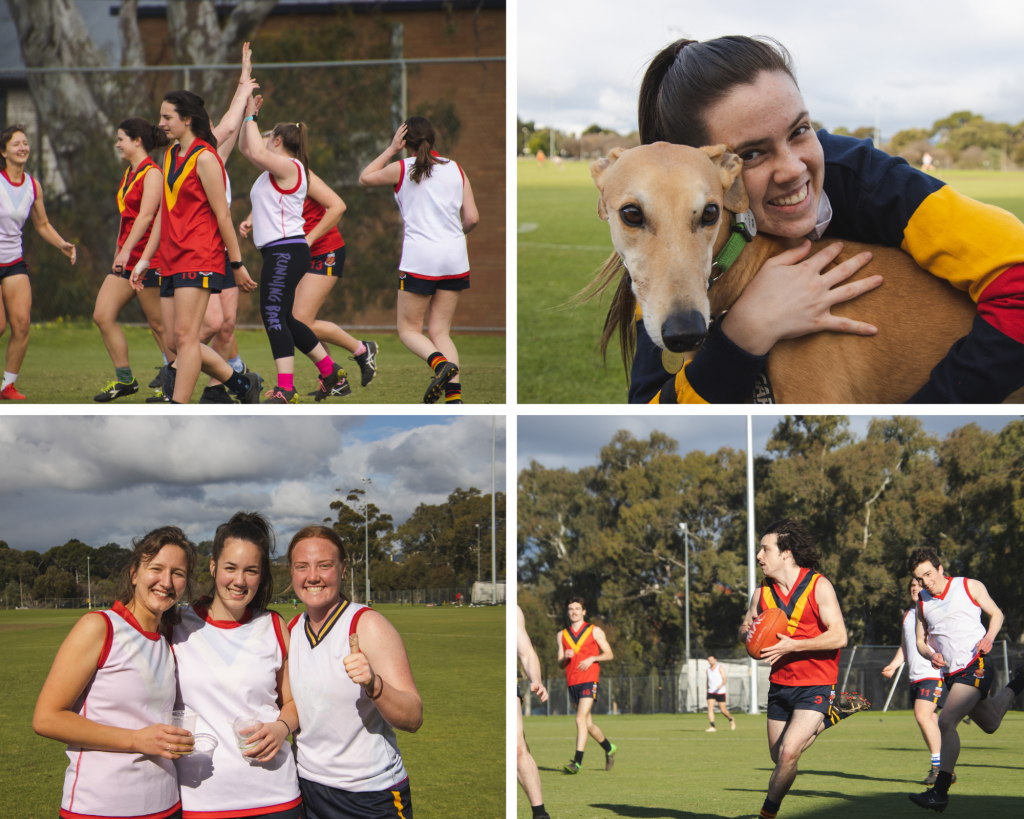 Photos by Kaidy Morgan, Emerson Fielke and others