The exceptional academic and sporting success and community service of St Mark’s students in 2020 have been recognised with a slew of awards presented at the College’s recent Final Dinner.

This success – coming after wins earlier in the year in Swimming, Tennis, and men’s Football, and strong performances in other inter-collegiate competitions – secured victory for St Mark’s in the inter-college High Table Cup for 2020. This is a victory of which we are rightly proud, coming as it does in a year of such significant disruption.

Recent months have also seen a continuation of the strong commitment of St Mark’s students to community service, reflected, for example, in the dedicated work of the Charitable Foundation in leading student support for charities such as Drought Angels, Habitats for Humanity, Rural Aid, and Taboo (which promotes sustainable sanitary care and education globally).

The many other highlights of recent months have included an art show and Arts Evenings, showcasing the myriad talents of our students in the visual arts, literature, and music; Faculty events connecting College students with professionals in their fields (in several cases, Old Collegians); and the election and appointment of an impressive team of student leaders for 2021.

Before swotvac and exams started, the academic year culminated with a memorable and moving Final Service in St Peter’s Cathedral – including performances by a College choir and music student Elinor Warwick on violin – prior to the Final Dinner which we held al fresco on the College tennis courts, and at which we recognised many of the most noteworthy successes, leadership, and service of students in 2020.

Nominated by student peers, the selection of the annual Collegians’ Prize is a rigorous process, involving student leaders and College staff. The President of the Old Collegians’ Association, Mr Michael van Dissel, presented the Collegians’ Prize at the Final Dinner.

This year, the Collegians’ Prize was awarded to Ben Jenner and Riley Glynn – both of whom had come to the College in 2018 from Tenison Woods College, Mt Gambier. Both are widely respected as leaders and contributors in the College community – Ben this year as a Residential Advisor, and Riley this year as Vice-President of the College Club. Both have also been active in community service beyond the College.

The importance of community service was one of the themes of the Final Service and Dinner.

In the Service, the Head of College, Professor Don Markwell, spoke of the belief of the founders of the College, such as Charles Hawker and Sir Archibald Grenfell Price, that students living and learning together in a college would encourage what they called “ideals of service”. (Professor Markwell’s address is here.)

Professor Markwell referred to Charles Hawker’s sister, Lilias Needham (1900-75), as an exemplar of selfless service. As well as enabling the creation of the prestigious Hawker Scholarships, she was an extremely generous benefactor to St Mark’s College, including making possible the purchase of Hawker House – but she insisted there be no public recognition in her lifetime.

The Final Dinner saw the award of the inaugural Lilias Needham Medals for Service to two members of the College who have also given outstanding examples of selfless service – of acting in a generous spirit for the good of others rather than for their own glory.

The 2020 Lilias Needham Medals for Service were awarded to Carmen Joubert, who has served as Secretary of the College Club this year, and to Adam Burford, a Residential Adviser who has led the College’s increased focus on environmental sustainability.

The Final Dinner saw a toast to the students leaving the College proposed by the College Club President for 2021, Sophie Ludbrook, and a response on behalf of “the Leavers” from Bronte Phillips and Chad Lennon, both of whom have served as Assistant Deans this year.

Another highlight of the Dinner was a spontaneous standing ovation for the out-going Dean, Professor Peter Tregear OAM, who has now left St Mark’s to become the founding head of Little Hall, a new hall of residence for students at the University of Melbourne. St Mark’s is delighted to welcome Mr Stuart Meldrum, a psychologist and student support officer from the University of Newcastle, as our new Dean.

Commendations and colours were awarded to:

Academic Colours for fourth year and above:

The outstanding sporting success of the College this year also saw many fine individual performances, which were recognised by the College Club with these Club colours, announced at the Final Dinner by the Sports Officers, Taylor Glover and Dan Robson:

The College Club also recognised outstanding students in their first year in the College with awards to Olivia White and Joe Watts.

Students where were graduating at the end of the year were recognised with presentation to them by the Head of College of College banners, which went to:

The Head of College, Professor Don Markwell, warmly thanked all student leaders who had served the College during 2020, and made presentations to the most senior appointed student leaders: the Senior Academic Tutors, Kane McAskill and Ashlee Nichol; the Senior Residential Adviser, Sagar Elangovan, and the Assistant Deans, Chad Lennon and Bronte Phillips.

It is hard to imagine a sounder platform of success and service on which we can build for the future – already we are excited about what next year will bring, and look forward to welcoming, in only a few months, the next generation of Marksmen and Markswomen to join our community and help shape our College family for the coming years. 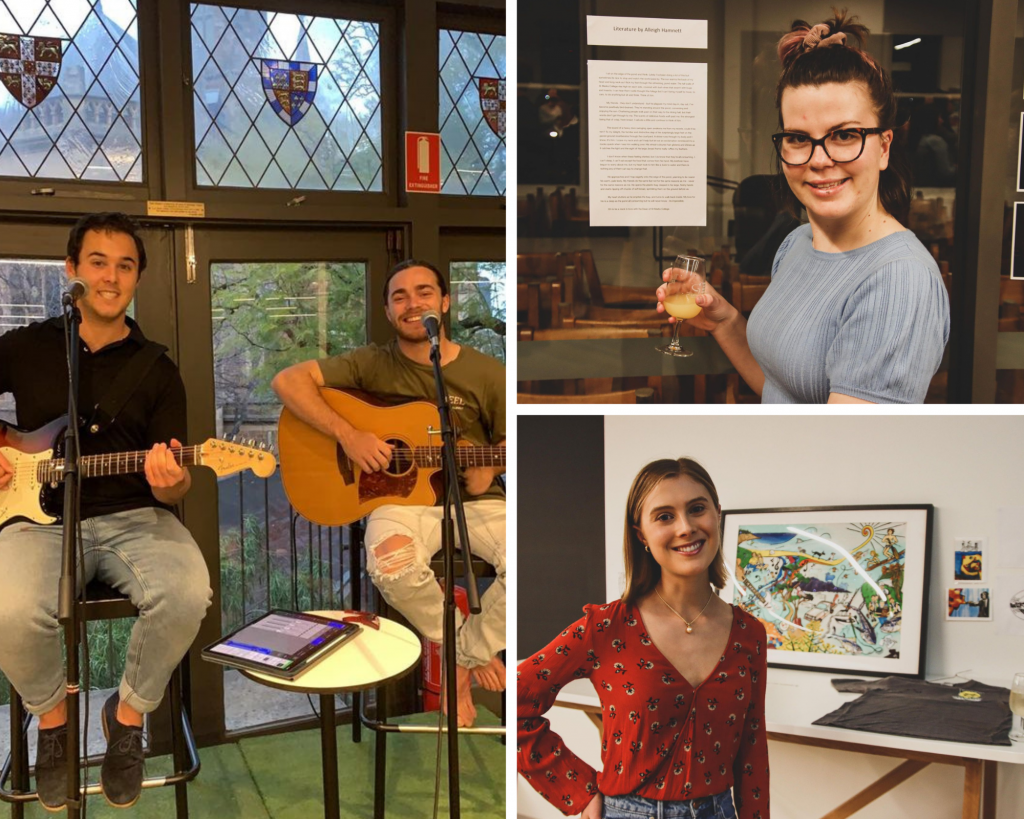 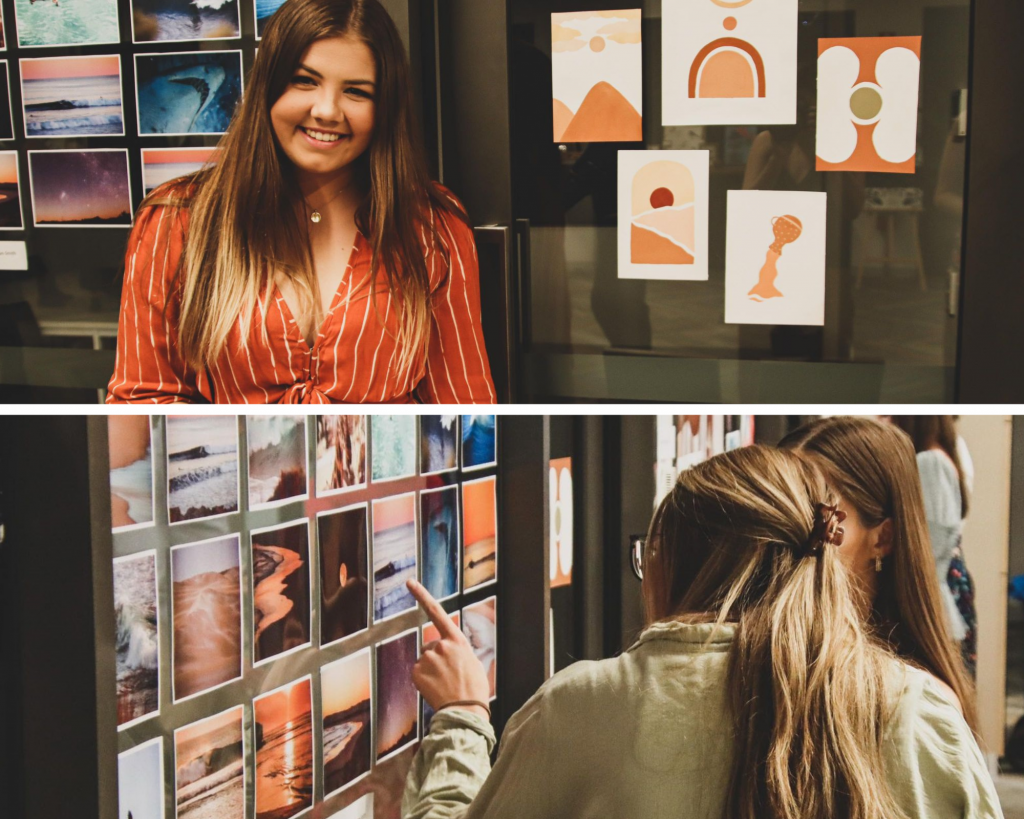 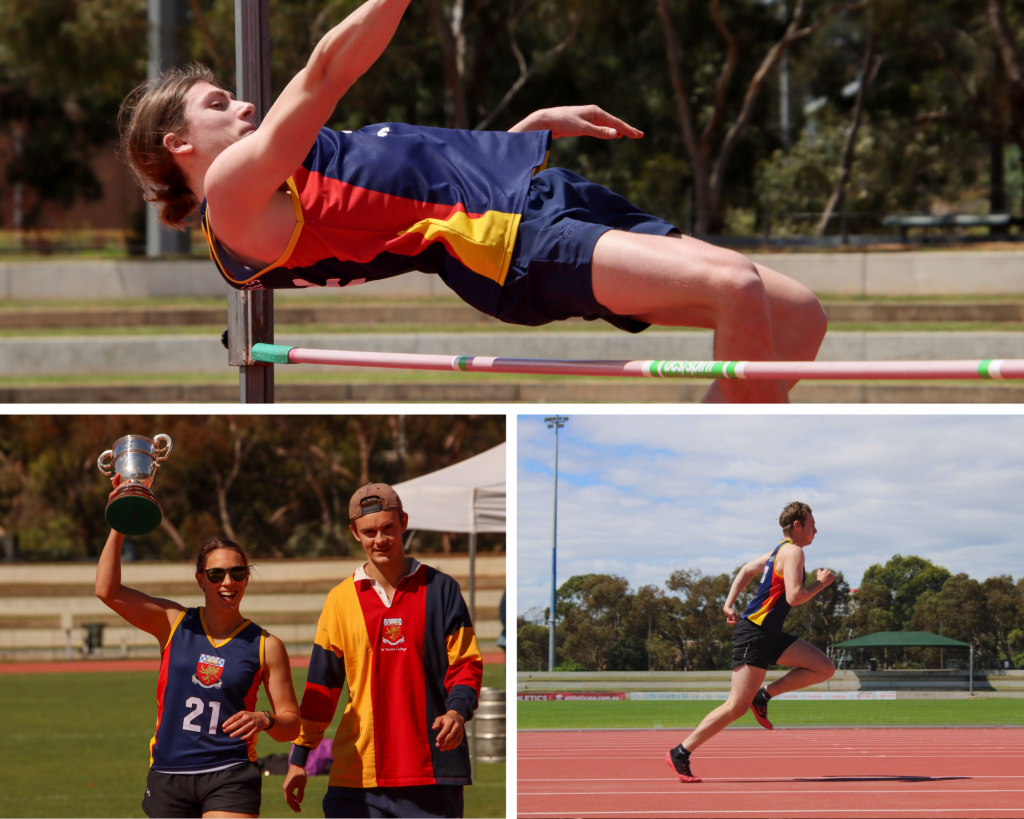 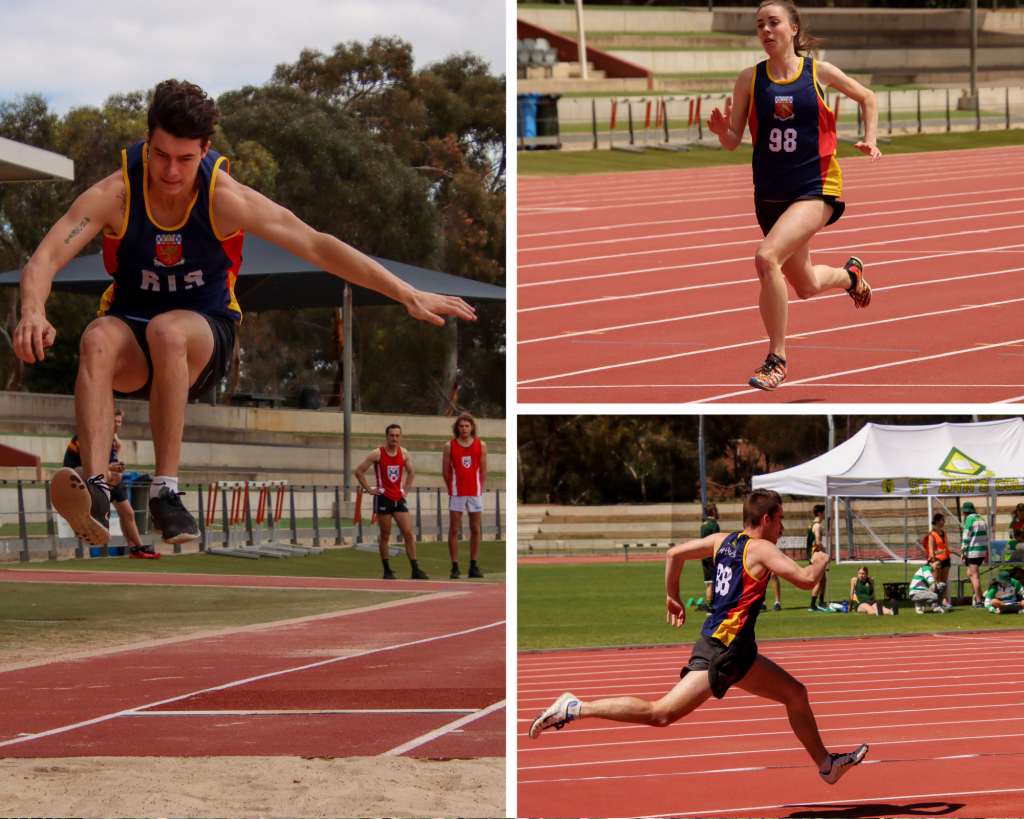 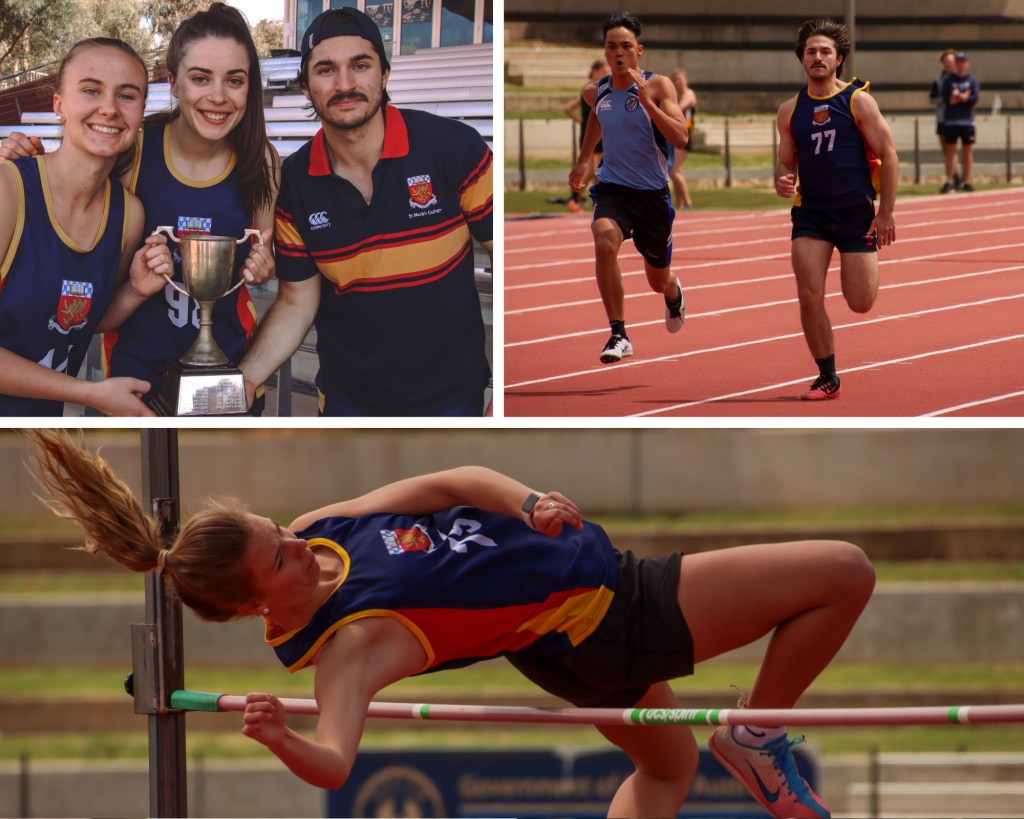 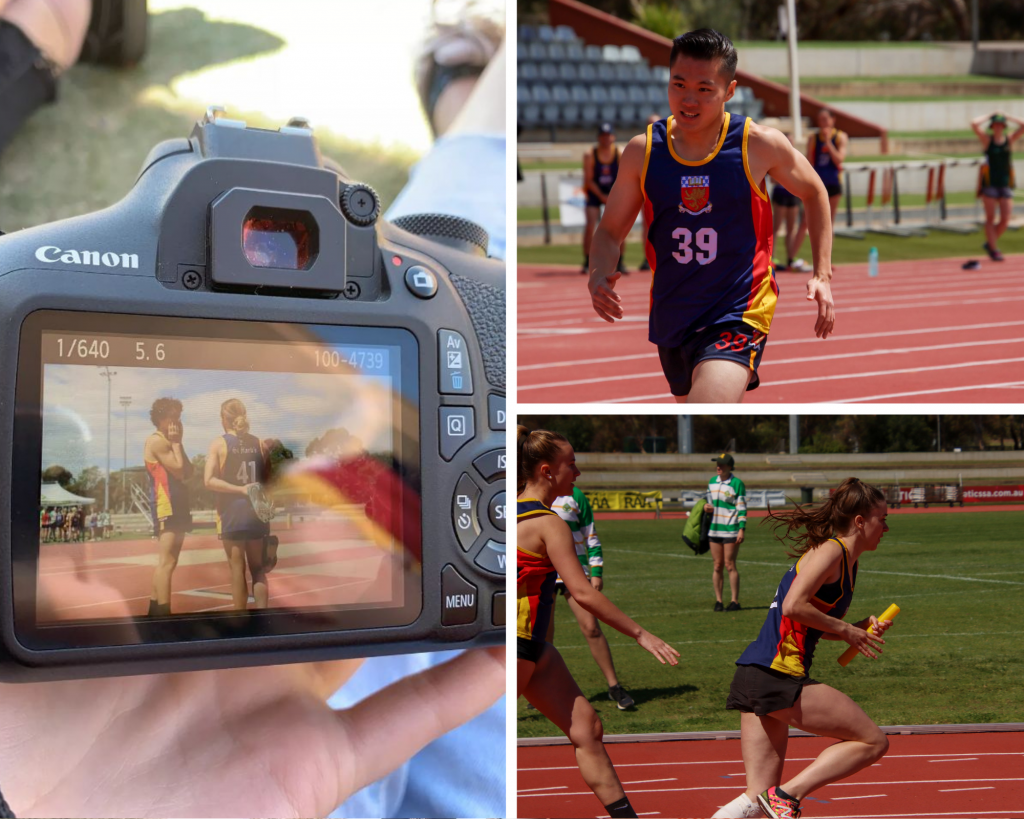 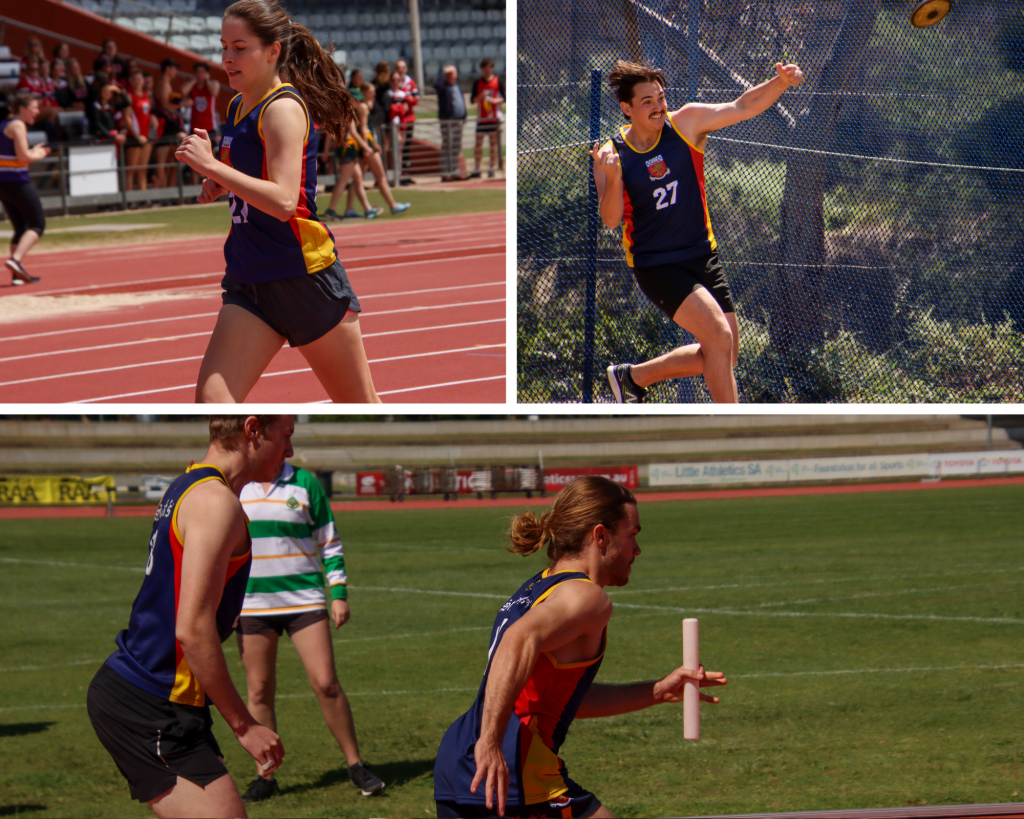 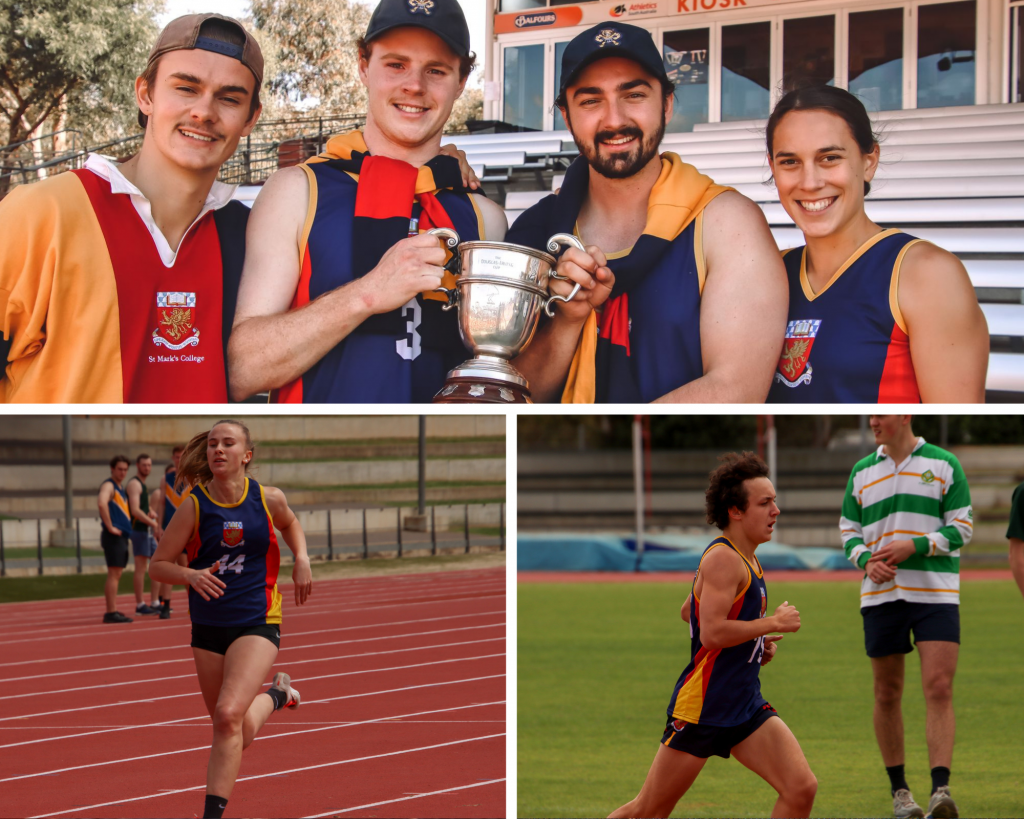 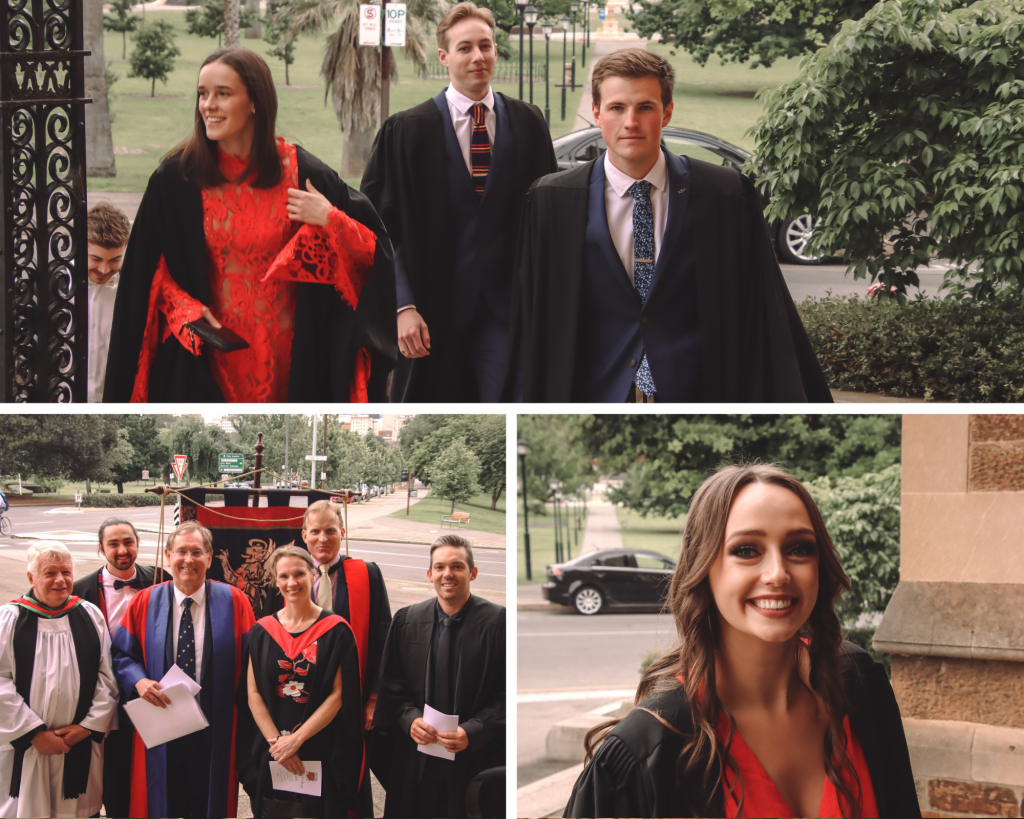 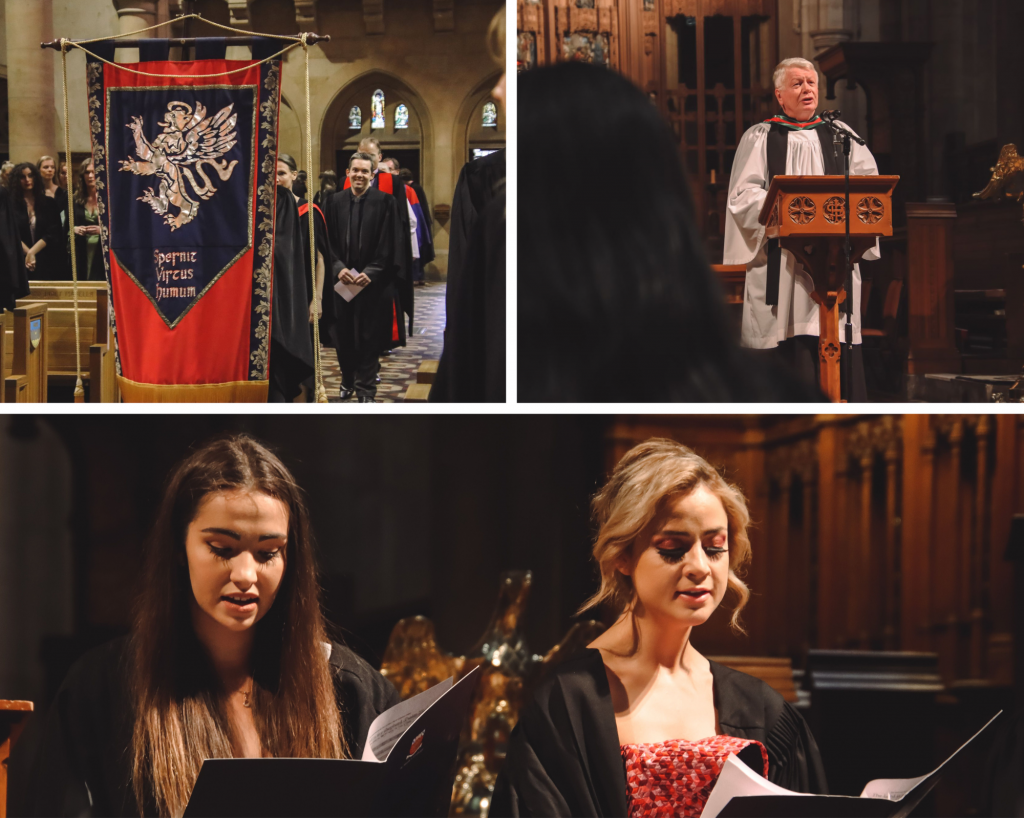 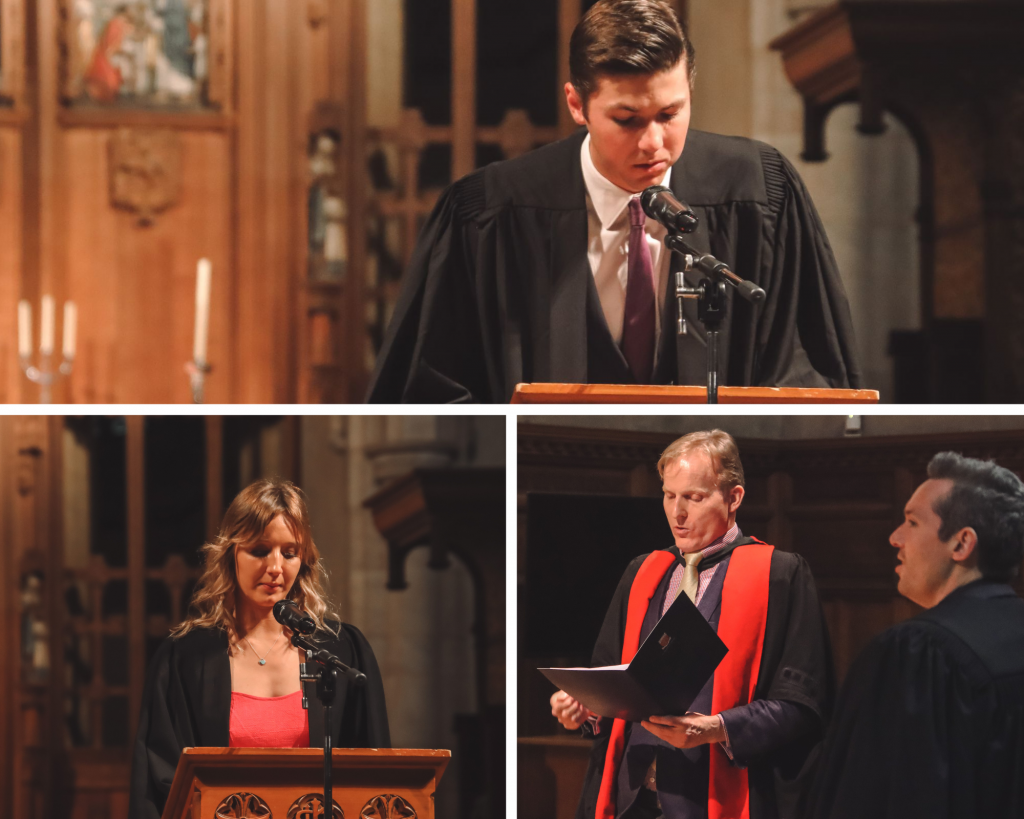 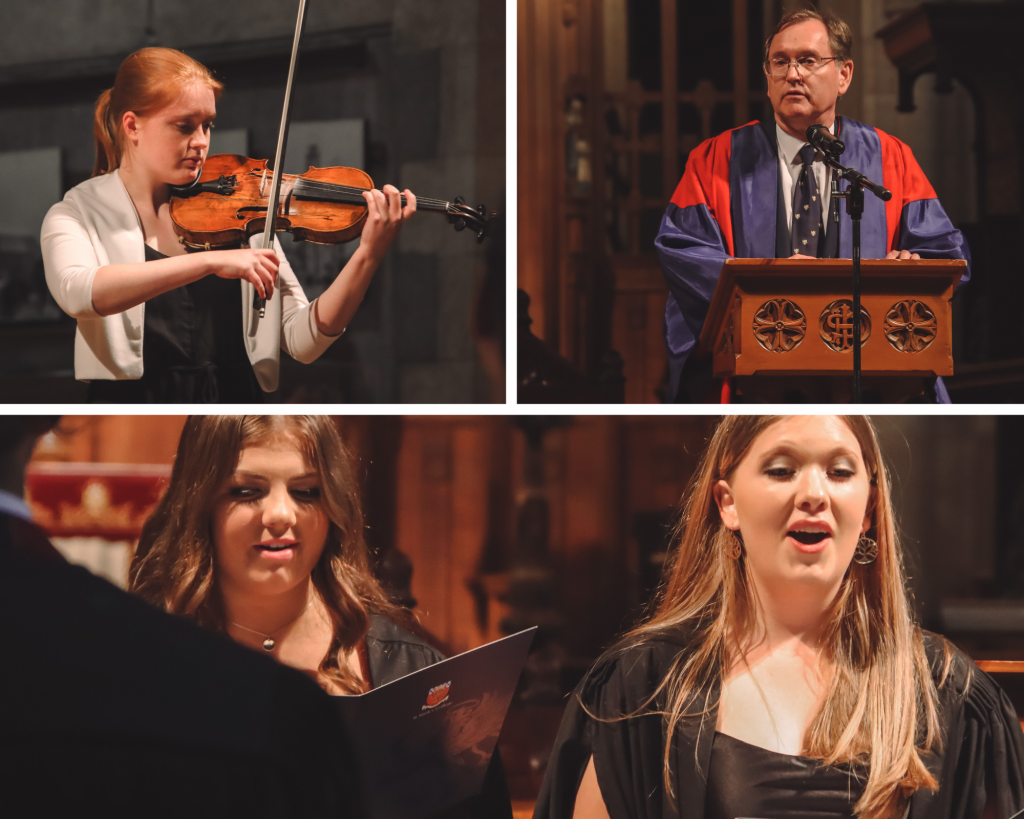 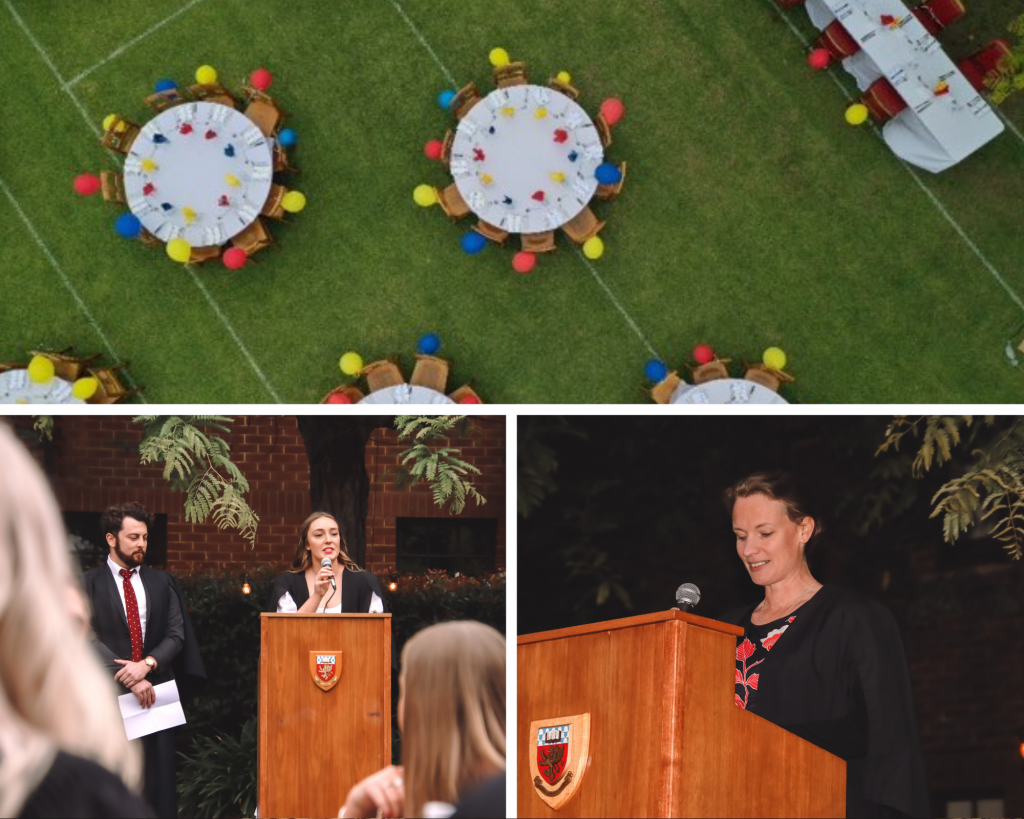 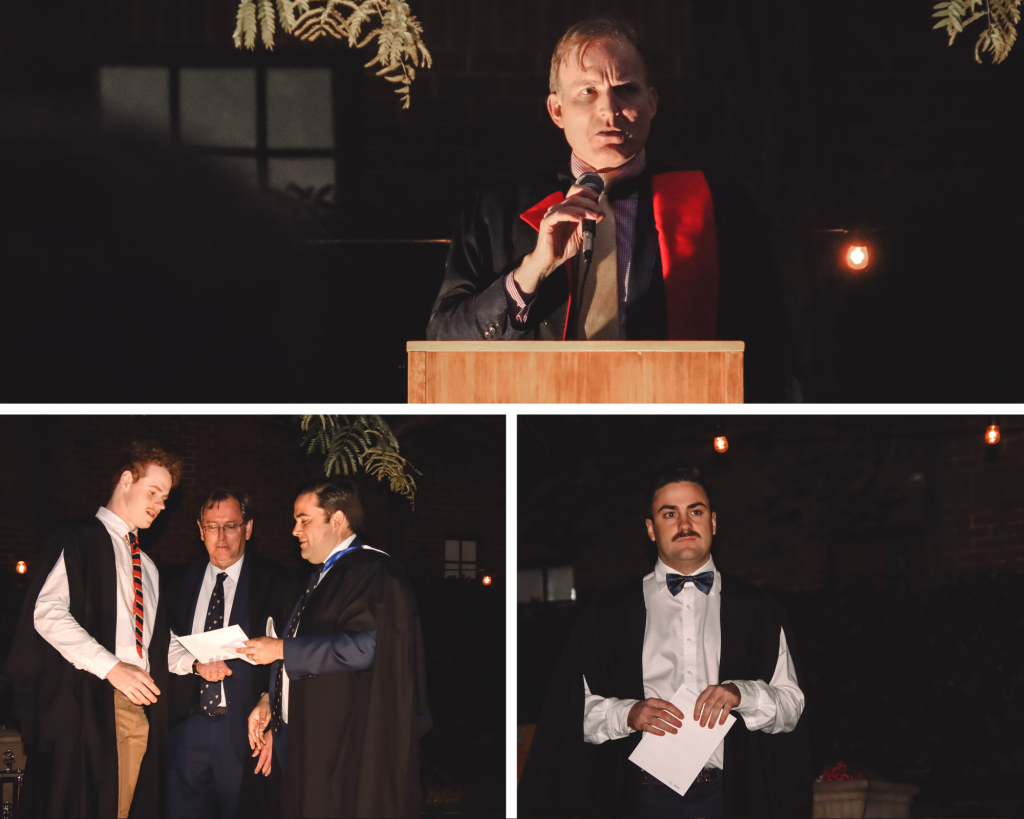 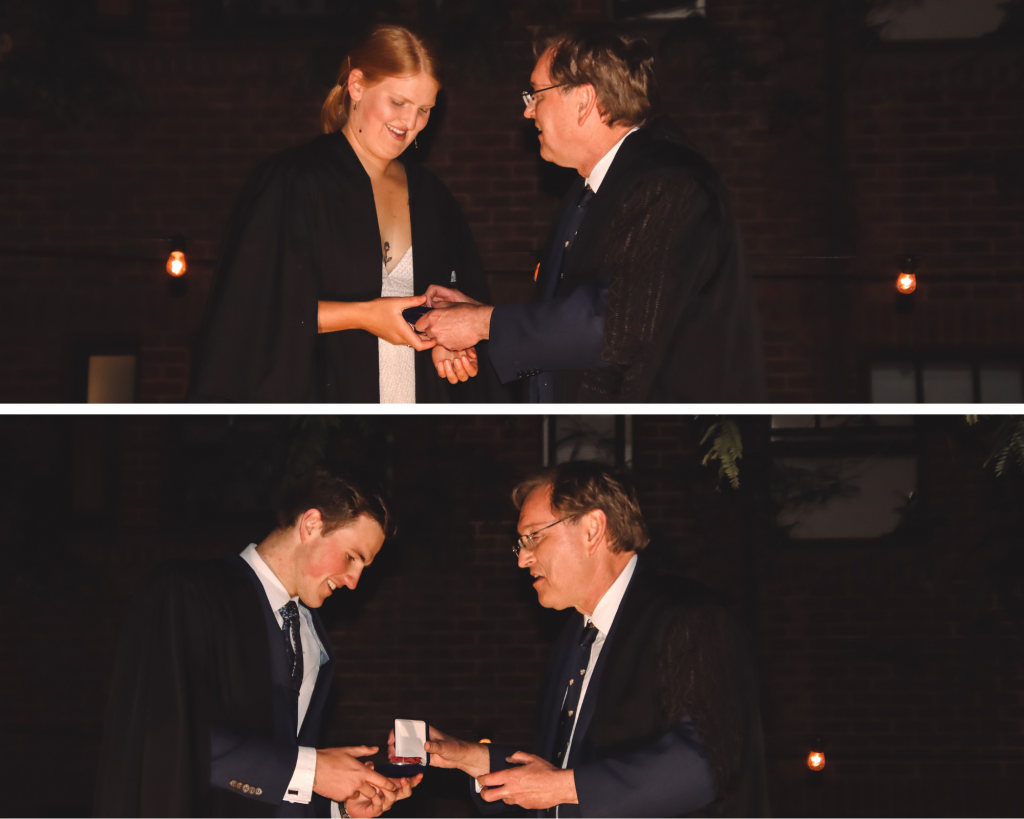